By responding to the customer in question, Zomato forgot the basic norm of business which calls for shunning any slugfest with people who have deep-seated prejudices, says Sudhir Bisht. 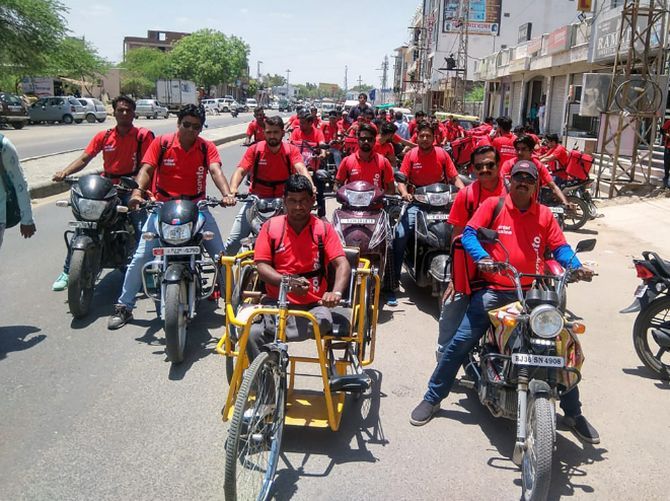 Zomato, one of the most popular online food aggregators, achieved Nirvana sometime last year as its valuation turned $1Billion.

There is more to cheer about this home-grown unicorn and it is the forecast that projects its revenues at Rs 3,477 crores and a net profit of Rs 208 crore in financial year 2020- 21.

These are the projections made by Zomato’s valuation advisers (Resurgent India) and these projections have been given wide coverage in the print and web media.

The 2018-19 figures that I quote are based on the Zomato blog written by Deepinder Goyal, founder and CEO of Zomato. He mentions the revenue at $206 million and losses at $294 million for FY 2019.

Why does he use US dollar denomination when he makes almost all his money in Indian rupees? Maybe he talks about the Indian customers but has an eye on overseas investors all the time.

But that’s only fair. Customer gets back rows in the hall where investors are present.

If Zomato does make a profit as per the forecasts, it will be like a milestone event for the company but it should remember that projections most often don’t take into account any unexpected turn of events. Poor publicity and bad public relations can be the cause of huge downturn for a company.

Zomato seems to be plagued by bad luck in the past few months in respect of its image.

In December last year there was this video of one of its delivery salesmen eating a few portions out of food packets that he was supposed to deliver to the customers.

This led to a furore on Twitter about how poorly Zomato paid its staff, that they were forced to pilfer food from the customers’ packets.

Some attacked Zomato for poor packaging that allowed its delivery staff to pinch food bits from the packet.

There was a general sense of negativity around Zomato and it seemed to have increased after Zomato fired the employee related to that incident.

People blamed Zomato for low wages and long work hours and there were just a few people who thought that Zomato did the right thing by firing the wayward employee.

I am sure that Zomato must have carried out some corrections in their delivery processes.

It may have tried to make the food packets difficult to tamper with.

The company may have ensured that their delivery staff was better looked after in terms of better wages or subsidised meal coupons.

But none of this was projected in the mainstream media or social media. The lasting image of Zomato that got stuck was that of a company whose staff nicks from the customer packets.

The best way to deal with the December controversy would have been to send the delivery salesman on training and announcing the measures that the company took to ensure the integrity of customers’ food packets.

Zomato was again in the midst of a controversy last week when it took on a bigot from central India who ordered food on the Zomato app and later requested that his delivery salesman be changed just because he had a Muslim name.

I wouldn’t want to name the customer because I don’t want to be the part of the crowd that is giving uncalled for publicity to the customer, but I wish that Zomato had not gone overboard by involving itself in the controversy.

A religious chauvinist ordered food and he wanted the food NOT to be delivered by a man of another faith!

Nothing can be more disdainful than such disrespectful behaviour. This is reminiscent of times when there were different sections in a restaurant for vegetarians and non-vegetarian customers.

How is the purity of food related to its deliverer, be it a male or a female or a Hindu or a Muslim or a Jew or a robot?

The very idea of not allowing a person to participate in a business process on the basis of his religion or caste is nauseating. How should Zomato have dealt with such a customer?

The company should have refused to service the order and allowed the customer to cancel the order and get his refund. This is as simple as it is.

But the Zomato PR team went into overdrive. It wanted to showcase its steadfastness, its absolute resolve to stick to its core value of secularism. As if it is the foremost job of Zomato to inflict war on religious narrow-mindedness.

It forgot the basic norm of business which calls for shunning any slugfest with people who have deep-seated prejudices.

And even if Zomato wanted to announce its aversion to letting people choose their delivery salesmen on the basis of religion, it should have just tweeted that it didn’t allow customers any choice on who will deliver their food parcels. And Zomato should have stopped at that.

But Zomato went on the top gear, only to sputter aimlessly. It got into ‘Food has no religion. Food is the religion’ type stupid and brainless reflection.

To add to this unnecessary wading into religious floodwater, it said that it wouldn’t refund the customer for an order that hadn’t been closed. At least that is what the customer is constantly barking at.

In a culture where “halal vs jhatka” variety of slaughter is still an issue that is alive and kicking, Zomato waded into the path that led it to trolls and uninstalls.

I may mention here that the CEO of Zomato Deepinder Goyal had also tweeted something that was appreciated by many. His tweet was measured and dignified. It read, 'We are proud of idea of India- and the diversity of our esteemed customers and partners. We aren’t sorry to lose any business that comes in the way of our values.'

CEO Deepinder Goyal’s tweet had over 16,000 retweets and 62,000 likes. How I wish that Zomato’s official Twitter handle had also sent out a non-religious tweet instead of the ‘Food is the religion’ line.

I know at least two friends in a close circle of 20 who have uninstalled the Zomato app. They are angry with Zomato, not for its refusal to change the delivery salesman on the basis of faith but with their ‘food is the religion’ type of unintelligent statement.

They are looking for outlets on a rival app that promise non-halal meat. And they say they will not return to Zomato, not in the near future at least. One of them, a lawyer, is even trying to reach out to the grudge customer to suggest under which sections of the law he can sue Zomato.

The 2020-21 dream of turning profitable has just hit a more than small bump.

I hope it is just a speed-breaker. 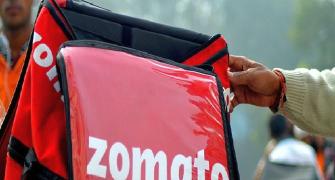 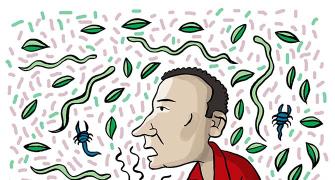 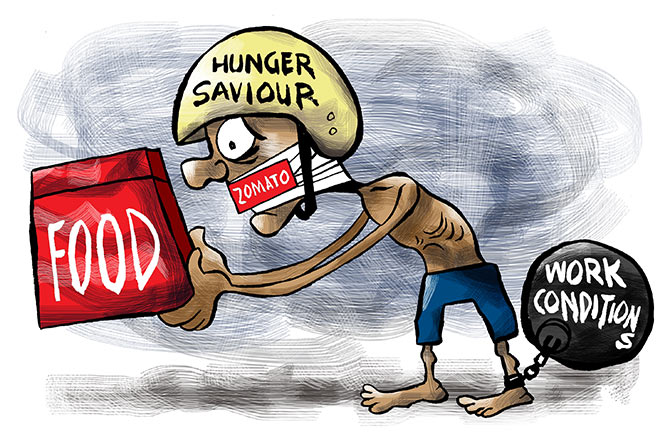 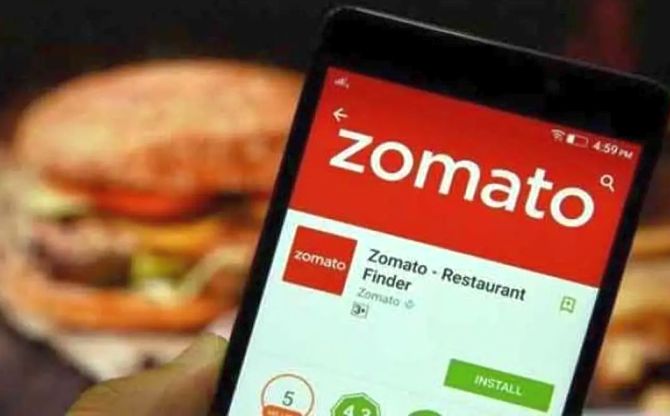