The brand new bankruptcy process is being brazenly gamed by those with connections and money.
The touts and fixers of the previous regime have been replaced by a new set close to this one, observes Debashis Basu.

IMAGE: Union Minister for Finance and Corporate Affairs Nirmala Sitharaman releases a report at the third annual day of the Insolvency and Bankruptcy Board of India in New Delhi, October 2, 2019. Photograph: ANI Photo

It is not often that a high-profile businessman publicly protests and appeals to the prime minister of India.

But the shocking cases of bad loan write-offs by public sector banks provoked even the mild-mannered and jovial industrialist Harsh Goenka to tweet last month: 'Promoters stash away money on the side, take the company to the cleaners, get 80-90 per cent haircut from bankers/NCLT -- that's the new game in town. A lot of institutions cleansed by the government -- NCLT next please @PMOIndia. We can't have our hard-earned public money being stolen!'

Goenka has drawn our attention to the elephant in the room that we refuse to see -- that the brand new bankruptcy process is being brazenly gamed by those with connections and money.

The touts and fixers of the previous regime have been replaced by a new set close to this one.

But Goenka was wrong on one point. It is the PSBs that primarily need fixing.

Consider the various one-time settlement (OTS) proposals that defaulter-friendly banks are piloting through the National Company Law Tribunal (NCLT) under the Insolvency and Bankruptcy Code (IBC).

For Siva Industries, the lenders agreed to take a 93.4 per cent loss.

For the Videocon group firms, the loss is 95.85 per cent.

The biggest lender to Siva is the repeatedly bailed out IDBI Bank and that to Videocon is State Bank of India. Not surprisingly, both are PSBs.

According to the data from the Insolvency and Bankruptcy Board of India (IBBI), in over 363 major NCLT resolutions since 2017, banks have taken an average loss of 80 per cent.

The bankruptcy resolution system is plagued with measly recoveries and long delays.

Readers of this column wouldn't be surprised with meagre recoveries.

From late September 2017, over at least eight articles, I have repeatedly pointed out the IBC is unlikely to be significantly better than previous processes, given the ground realities.

But the hype and optimism about any new process are usually high, so many commentators assumed that PSBs would emerge stronger with the help of recoveries made through the IBC.

My scepticism was based on three decades of observing poor accountability in PSBs, the nature of Indian businessmen, the structure of the IBC, and the quality of India's legal processes.

The gaming of the new system started right from the word go.

Edelweiss Asset Reconstruction complained that the very first case of successful resolution under the IBC was a fraud and a sham.

Indian promoters, having badly mismanaged their businesses, don't want to give up control over their assets.

Hence, in one case after another, promoters were at the forefront of acquiring control over the same assets through the new bankruptcy mechanism.

This was so blatant that Sajjan Jindal, founder of the JSW group, tweeted: 'Dubious promoters should not be allowed to submit the rehabilitation plan to prevent misuse of the IBC. Also, the bidding criteria should be spelt out explicitly prior to inviting the bids. This will avoid likely litigation.'

Wilful defaulters were barred from bidding (it is a mystery how the promoters of DHFL, who were running a criminal enterprise of thousands of fake accounts and fake loans, were even allowed to make bids to get back their firms).

But there is no dearth of issues with the IBC and continuous fixes were needed.

Indeed, the fixes themselves need fixing. For example, Section 12A was added by a 2018 amendment, which allows the parties to close an insolvency case with the approval of 90 per cent of the committee of creditors (CoC).

And now, on June 15, the NCLT questioned the extensive haircut (95.85 per cent) that lenders have agreed to take in the Videocon group insolvency resolution.

Meanwhile, a report in the Mint says the government may review the legal provision that allows withdrawing an insolvency case in favour of an often-negligible OTS, citing the example of Siva Industries Holdings Ltd.

'It seems that this exit route is being misused in some cases. The matter is under examination,' an anonymous official told Mint. Section 29A was amended to stop wilful defaulters from regaining control of their company by forcing creditors to take massive haircuts.

Making a mockery of the basic principles of the IBC, the amendments and the legal judgments are exactly what is being done in the Siva case.

Expectedly, the law is different for different people.

According to a conservative estimate, the size of the bad loan problem was about Rs 10 trillion in 2017.

According to more reliable estimates (such as that of career banker the late K C Chakrabarty), it was more, like Rs 20 trillion, almost all of which is with PSBs.

If bad loan resolution were effective at all, the stocks of PSBs would have headed higher.

After all, the market has been eagerly waiting for the rosy scenario of a fresh lending cycle of PSBs to play out, as their bad loans get resolved.

No matter what policymakers and media commentators claim, the poor financial results and stock prices of most of the PSBs are the surest signs that the bad loan resolution process has been ineffective so far.

The fact is the massive bad loans are due to deep corruption and the nexus between bankers, businessmen, and politicians in PSBs.

It is the same corruption in PSBs which is now allowing the IBC to be gamed.

Even today they remain unaccountable, while absconding defaulters close to the ruling party are able to dictate terms to PSBs and subvert the legal process. 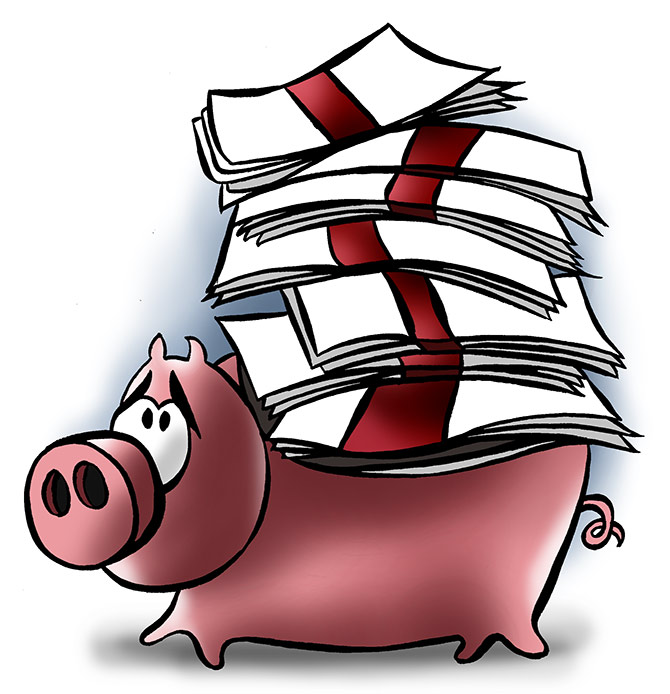