'It is feared that AI can predict the outcome of a case once it is launched.'
'It knows the law, precedents and judicial thinking better.'
'If AI becomes too common, clients will start using the software to measure the chance of success of their cases,' says M J Antony. 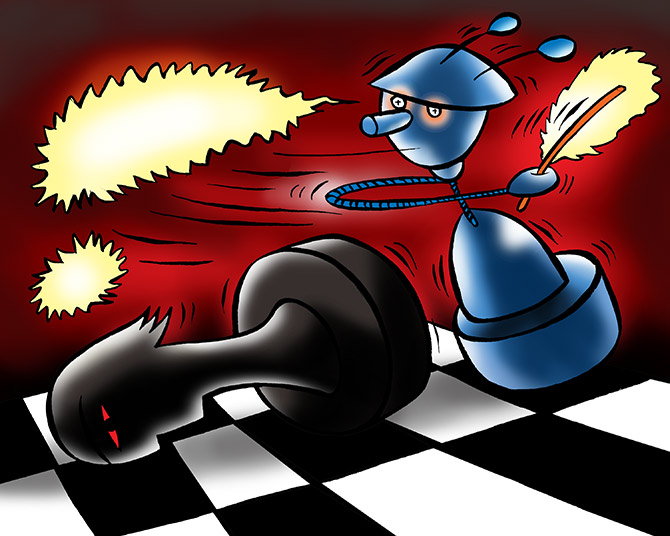 If all the laws in the country are laid end to end, there will be no end.

There are 1,248 main Acts, though there is no exact count covering central and state laws.

The Supreme Court judgments run into 16 printed volumes every year. Multiply the number for 24 high courts.

Then there are procedural rules for each state.

The mind-boggling data can be mined only by artificial intelligence, the new entrant into the legal field.

However, the Indian legal system is still struggling with basic digital literacy.

The facility for e-filing petitions in the Supreme Court elicited poor response -- only a few hundred in the past three years.

It is rare to find a lawyer arguing with a laptop in front.

The court recently expanded to multi-storied buildings in 12 acres nearby -- a clear sign that judiciary is not prepared for the advent of space-crunching AI.

With less than 0.2% in the Union Budget for the judiciary, this must be expected.

Chief Justice S A Bobde has declared that AI will not be allowed in the decision-making process.

Still, he recognised the role of AI when he said that it can read 1 million words per second and answer questions where thousands of pages are involved as in the recent Ayodhya case.

Since the judiciary is still slow to adopt AI, it is natural that the legal profession is also sluggish in this field.

There is little preparation in law colleges for the coming data revolution.

The law faculties are stuck in old syllabi and they are not equipped to prepare future lawyers to use AI.

The judges are also not digitally savvy and still struggle to emerge from the Dickensian era.

Though software for law and procedure is slowly becoming available in the market, only a few corporate law firms use them at present.

Ordinary lawyers cannot afford them or know how to use them.

Moreover, their clients will be impressed if they are called into a room where law books are stacked up to the ceiling.

They are more at ease with the current dystopian state of affairs and find it good for their business.

AI is useful mainly for research at present. This is now done by junior lawyers in law firms.

This could be done more efficiently by AI.

It is helpful in counselling corporate clients and providing due diligence before signing contracts.

Its proficiency in repetitive, routine work is unparalleled.

Surveys have found that it is more than 70% accurate.

If AI takes over, legal professionals have reason to fear that they will meet the same fate as horses when steam engine was invented.

The future of AI is inauspicious for lawyers in other ways too.

It is feared that it can predict the outcome of a case once it is launched.

It knows the law, precedents and judicial thinking better.

Only the human factor is left out, like the attitude of judges while a lawyer filibusters.

If cameras are allowed into the courtroom, AI will analyse the lines in the judge's brow better.

If AI becomes too common, clients will also start using the software to measure the chance of success of their cases.

If they find their case weak, they would prefer to go in for arbitration or settlement instead - a loss for legal business.

Doctors have often been confounded by highly specialised questions their patients have picked up from Google.

Bhrigu Samhita contains all knowledge about current and future events, as well as information about the future.

Then there are at least two temples -- one in Kerala and another in Himachal -- where the deities specialise in bestowing sure victory to litigants. 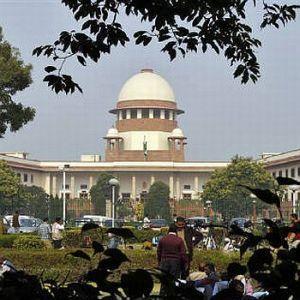