Will India's privatisation dream get wings under Modi?

It is puzzling that the government has not moved ahead on its plan for strategic sale of equity in PSUs this year, notes AK Bhattacharya. 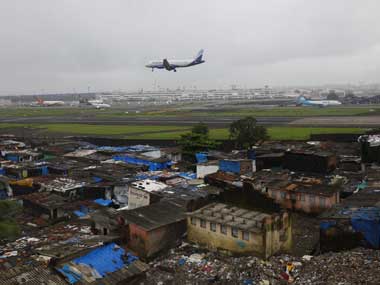 The significance of the reported government plan to scale down its divestment of equity in public sector undertakings or PSUs should not be underestimated.

This is not just a downward revision of its revenue receipts target. Hidden under this move is also a clear shift in the Narendra Modi government's policy on PSUs.

While scaling down the disinvestment receipts target should reflect the government's recognition of the market reality, the move should also leave nobody in doubt that as far as its approach to PSUs is concerned, the National Democratic Alliance government under Mr Modi is quite different from the one that was led by Atal Bihari Vajpayee from 1998 to 2004.

Indeed, at least in respect of PSUs, it seems to be closer to the policies followed by the United Progressive Alliance government led by Manmohan Singh from 2004 to 2014.

Recent reports now suggest that the target for disinvestment in the current year is to be more than halved from the Budget estimate of Rs 69,500 crore or Rs 695 billion to around Rs 30,000 crore or Rs 300 billion.

This is no surprise. Since disinvestments of government equity in PSUs began in 1991-92, only on two occasions has a government met its target set at the start of the year.

But in none of the years was the target met.

When the 2015-16 Budget set a disinvestment target of Rs 69,500 crore, it became quite clear that this ambitious target too was unlikely to be met.

But the government's political leadership and its senior officials kept saying that the target was well within their reach.

But more than seven months of the current financial year are over and what the government has got in its kitty from disinvestment is only about a fifth of that target - Rs 12,700 crore. It is only now that a sense of reality has dawned on the government.

Recognising reality is a welcome development, but questions should also be asked what had prompted the government to fix such a high target at the start of the year and why the target is to be revised now, especially after having exuded robust optimism about a grand plan for disinvestment during the year.

It is true that scaling down the disinvestment proceeds target in the current year would not cast a hugely adverse impact on the government's fiscal consolidation plan for the year.

Tax revenues are doing well and expenditure on subsidies are likely to be lower, thanks to a decline in international crude oil prices and a successful roll-out of the direct benefits transfer scheme for cooking gas.

But that should not absolve those responsible for setting disinvestment revenue targets that are clearly unrealistic and mostly unfeasible given past performance of various governments.

Lessons must be learnt from this so that similar mistakes are not repeated.

The scaling down of the disinvestment target this year has another significant implication for the government's policy on privatisation.

Now that the disinvestment target is being scaled down to Rs 30,000 crore, it would appear that the entire plan for strategic sale of equity in PSUs has been abandoned for the year.

Remember that strategic sale of equity is a different name for privatisation. The government now needs to clarify what its stance is on privatisation.

In March this year, soon after the Budget presentation, finance ministry officials had stated that strategic disinvestment was certainly the government's intention.

The prime minister, too, was credited with the view that his government had prepared a list of PSUs, which would be sold off if they continued to be a drag on the central exchequer after a deadline.

A couple of PSUs have also been identified and put up for sale or closure.

There has been no public outcry over such decisions so far.

It is therefore puzzling that the government has not moved ahead on its plan for strategic sale of equity in PSUs this year.

The finance ministry website that lists the total disinvestment revenues to be mobilised during the current year already shows that no receipts are expected from strategic sales in the current year.

Remember that these were the years when Mr Vajpayee was the prime minister. The obvious question is: Will Mr Modi follow Mr Vajpayee? 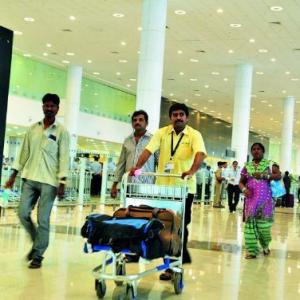 Will India give wings to its airport privatisation dream? Yawn! 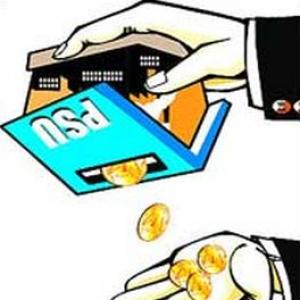