It is worth noting that the business fraternity has been complaining about the poor 'doing business' climate for ages -- ever since, in fact, Jairam Ramesh’s controversial 'no go' policy on coal mining, the retrospective amendments to tax laws, the transfer pricing cases against multinationals in court, the list is long, writes Kanika Datta 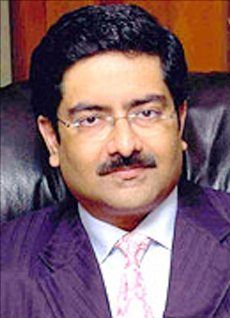 The vortex of indignation from the business community after the Central Bureau of Investigation filed a first information report against Kumar Mangalam Birla was no surprise.

The protests from senior government ministers certainly were.

Commerce and Industry Minister Anand Sharma robustly described Mr Birla as an “iconic” industrialist and suggested that institutions like CBI and the CAG needed to “maintain their balance”.

Minister for Information and Broadcasting Manish Tewari said the clock had been set back to an era when profit was a dirty word.

Milind Deora, a minister of state for ports and shipping, said he did not agree with the way people’s names are dragged into controversy.

It is one thing for the stalwarts of India Inc to protest an FIR filed against a leading and respected representative of their own fraternity by a government investigating arm (and the CBI is emphatically not an independent agency yet).

They are within their rights to do so and to take their grievances all the way up to Raisina Hill, if they wish (no protests outside Jantar Mantar for this crowd).

The fact that they did not bestir themselves in the same way when other businessmen were similarly accused -- including from fairly prominent industrial groups like the Rathis and Jindals -- says much for their confidence in Mr Birla’s integrity.

But it is quite another for sitting ministers to jump up in defence -- almost suo motu at that -- of a private individual.

The ministers’ comments were all the more open to criticism because it was clear that they, like almost everyone else, did not really know all the facts at the time.

A fuller explanation only came five days later when a statement from the Prime Minister’s Office clearly and more or less credibly set out the contours and rationale for the decision.

Of course, the quietly dignified Mr Birla, with his extant track record of probity, is easy to defend, so no one saw fit to question the statements of Messrs Pilot, Sharma and others in government.

But that is beside the point.

However sterling Mr Birla’s reputation and whatever these senior ministers’ concerns about the investment climate, it behove them to address their reservations to “competent authorities” in No 7 Race Course Road or, perhaps more realistically, No 10 Janpath rather than air their views in an unseemly display of media grandstanding.

If it comes to that, the bureaucrat who was named in the same FIR, P C Parakh, also has a spotless reputation.

It was well known that he had recommended auctioning coal blocks in place of the opaque process of allocating them based on applications -- and note, this was before the issue of auctioning telecom spectrum was even considered.

Could these worthies have not come out and defended him with equal vigour?

Instead, he suffered the ignominy of being called “Sheikh Chilli,” a character in an Indian graphic novel, by coal minister Sriprakash Jaiswal for his observation that the prime minister was equally responsible for the decision to allot coal blocks to Mr Birla’s Hindalco.

This, apparently, is a euphemism for a daydreamer, and it was hard to understand why Mr Jaiswal would choose to express this disdain after the prime minister has all but admitted that Mr Parakh is right.

It speaks volumes for the disrespect with which the political class treats the bureaucracy, though, unlike his colleagues, Mr Jaiswal had the good sense to decline to comment on the case on grounds that it is being monitored by the Supreme Court.

All the same, it is disturbing when one of India’s largest and most powerful industrialists, however honest, can sweep up in a shiny black car to make his case with the powers-that-be.

Meanwhile, the bureaucrat concerned, retired, with no access to the files on which he based his decisions, is left to fume to journalists in his Hyderabad fastness and be subjected to taunts by a government representative.

It is worth noting that the business fraternity has been complaining about the poor 'doing business' climate for ages -- ever since, in fact, Jairam Ramesh’s controversial 'no go' policy on coal mining, the retrospective amendments to tax laws, the transfer pricing cases against multinationals in court, the list is long.

No minister thought fit to comment on business confidence and investor sentiment as Mr Pilot did the day after the CBI’s headline-hitting FIR.

None has cared to refer to the cronyism that has contributed to it.

A little more introspection of the vast discretionary powers that government retains in the business system in India may do these ministers a power of good. 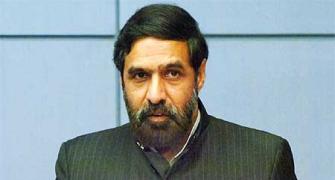 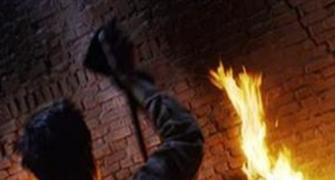 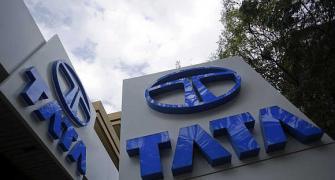 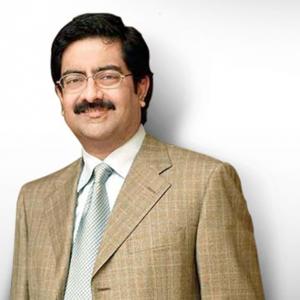