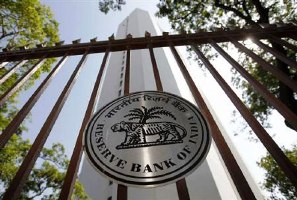 In its third bi-monthly monetary policy review of the year, the Reserve Bank of India did what was widely expected; it maintained the status quo on both the repo rate and the cash reserve ratio.

Its preference for holding still rests on its continuing concern that inflation has not moderated to the extent necessary to justify easing.

While some analysts saw in the most recent inflation numbers some room for cutting rates, RBI Governor Raghuram Rajan clearly believes that this was a temporary dip.

The RBI’s projections for consumer inflation over the rest of the year indicate some acceleration, with the rate reaching eight per cent in its baseline scenario.

What has changed, though, is that the upside and downside risks have evened out.

Notwithstanding this, the tone of the statement was somewhat more cautious in assessing inflation risks, based on the actual performance of the monsoon during its first half.

The one act of commission in the policy statement is the lowering of the statutory liquidity ratio, or SLR, from 22.5 per cent to 22 per cent.

Although seen by some as a sign of back-door easing, with a little more space for banks to expand credit, it has a different significance.

In his inaugural speech last year, Dr Rajan spoke about reducing 'pre-emptions', of which the SLR is the primary example. It forces banks to lend to government in return for an exemption from mark-to-market requirements, which goes against the grain of contemporary prudential

It also poses a significant barrier to the development of a meaningful government securities market.

A gradual reduction in the SLR and the accompanying mark-to-market exemption are presumably how the RBI is going to deal with the situation.

In line with this, the mark-to-market exemption limit was also reduced to 24 per cent.

However, with those objectives in mind, the rate of reduction for both parameters is much too slow.

As part of the larger market development and prudential management strategies, the RBI has to significantly accelerate the pace of adjustment.

Overall, maintaining the status quo was the right thing to do.

The RBI governor is clearly taking every precaution to ensure that his inflation-fighting credentials are not diluted in any way.

This requires standing firm in the face of a tangible softening of inflation, on the grounds that this is a transitory pattern.

In resisting the inevitable pressure to cut rates, including some statements by the finance minister, he is helped by some tangible signs of recovery in growth.

The latest Index of Industrial Production numbers were the best in almost two years and subsequent readings of the Purchasing Managers’ Index were significantly positive.

This would suggest that the economy is accommodating the interest rate regime and there aren’t significant downside risks to growth from it.

After quite a while, the government and the RBI appear to be walking together.
BS Bureau in New Delhi
Source: 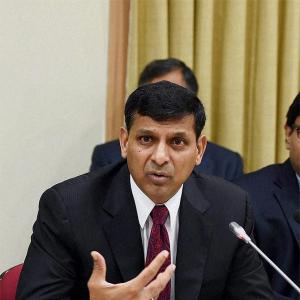