News
Business
Movies
Sports
Cricket
Get Ahead
Money Tips
Shopping
Sign in  |  Create a Rediffmail account
Rediff.com  » Business » Why payment banks are not a good option 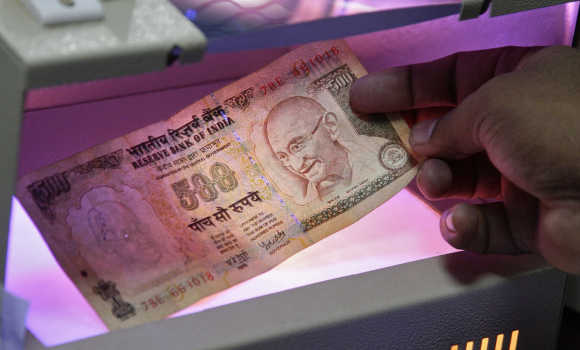 Image: Payment banks will be able to accept deposits (up to Rs 1,00,000) from individuals, small businesses and other entities. Photograph: Reuters

Four months ago the government whipped public sector banks to start opening at least 75 million new accounts, a directive they duly complied with by opening 80 million accounts, whether from new or existing account holders. The government crowed about its success in "financial inclusion".

But most of the accounts (almost 74 per cent) have zero balance and no transactions. , the government is soldering on, of course, with this ritual of "financial inclusion". The targets have been hiked to 100 million accounts.

Meanwhile, last week the Reserve Bank of India (RBI) added another new institution that will help - no prizes for guessing - in "financial inclusion": payment banks.

These banks will be able to accept deposits (up to Rs 1,00,000) from individuals, small businesses and other entities.

They will have to invest at least 75 per cent of their deposit balances in statutory liquidity ratio (SLR) - eligible government securities and treasury bills.

They can hold the other 25 per cent in current and time/fixed deposits with other scheduled commercial banks for operational purposes and liquidity management.

Commentators have gone raptures about this new entity. One of them has declared that this is "a huge radical step toward financial inclusion".

Another sees 100 payment banks blooming - from all the telecom companies like Vodafone, Airtel, Idea; or retailers like Flipkart, Snapdeal and Reliance; or India Post; or even the Railways and oil companies.

I have no doubt that there will indeed be many applications to start payment banks. Banking is one of the few businesses where demand far exceeds supply.

The government's paranoia about not allowing the wrong people to get a banking licence has meant that between 2003 and 2013, no new licences were issued, followed by just two licences thereafter.

Meanwhile, the need for banking services exploded over that decade when India's economic growth, remittances, salaries and savings shot up, and India got even more integrated with the rest of the world.

This combination of limited competition and customer lock-in ensured that existing banks that are well-run make solid returns.

A new bank licence, open to corporate groups for the first time, will indeed be an attraction.

Or will it? Cold calculations show that these banks are unviable as a standalone business. Payment banks are far from being banks.

One, they will make no money on the spread between deposit and investment. Indeed on the deposit side, they will need to pay consistently higher interest to attract deposits.

Two, they won't be allowed to lend, depriving them from of the main source of a bank's revenue. Its like saying you can start a newspaper as long as you don't accept advertisements.

Three, probably the main income of the payment banks could be charging for payments and transfers. But large, profitable, existing commercial banks are already offering these services.

Why would you open a new account with a payment bank? Which is that market that is unserved?

One economist is starry-eyed that drivers' and maids' salaries will get paid through payment banks.

But why should they? Small transactions are justifiably dominated by cash. They are simpler and easier for all. Maybe there are transactions of poorer people that payment banks can handle better.

But imagine how huge the volumes of such transactions should be for these banks to make money, since they have no other source of net income.

And if scores enter this business, they will collectively race to the bottom, exhausting their capital over time.

So on the receipts (income) side, payment banks have a fundamental problem to be viable. What about the channel to remit and deliver cash, or offer loans, the most important requirements for "financial inclusion"?

Lending is not allowed, so the first step in "financial inclusion" goes out of the window.

On cash dispensation, it is argued that migrant workers (around 200 million) will find it much easier to send remittances, through the payment banks. How will their cash reach its destination?

Well, it was hoped that 950 million cellphone users - 90 per cent prepaid - are being served by millions that will all turn to cash dispensing points, dramatically increasing accessibility. This is unlikely.

While the RBI regulation does say "cash-out can also be permitted at Point-of-Sale terminal locations", it also says "the other financial and non-financial services activities of the promoters, if any, should be kept distinctly ring-fenced". This means telcos can't use their network.

So the fond hope that a local kirana shop can serve as an ATM is probably misplaced and the "big revolution in financial inclusion" through payment banks has to wait.

These banks will have to set up the same slow and frightfully expensive branch network plus ATMs as the existing banks.

Don't forget that the universal banks have just influenced the RBI to limit ATM usage, arguing about high cost of ATM operation. Can payment banks compete with them?

There is just one exception though. There is already an organisation that accepts deposits and pays out cash. It offers remittance schemes, forex services and e-payments.

And it is there in over 55,000 locations. It is India Post, which has the best chance of becoming a payment bank, if the minister, Ravi Shankar Prasad, takes interest and puts the right person in charge.

Other payment banks have little hope, if the rules are not changed.

Get Rediff News delivered into your Inbox.
Debashis Basu
Source: 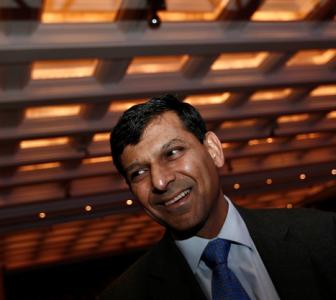 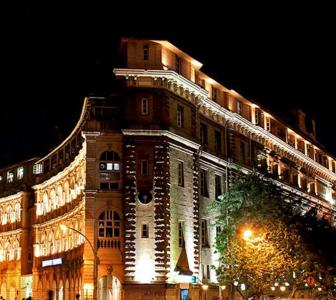 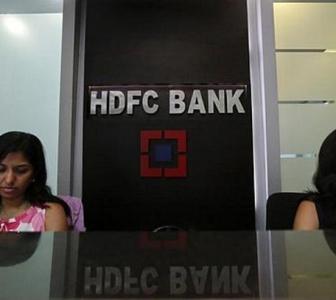 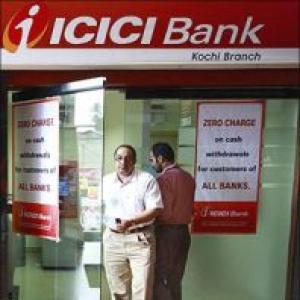 We are working on financial inclusion strategy: ICICI Bank 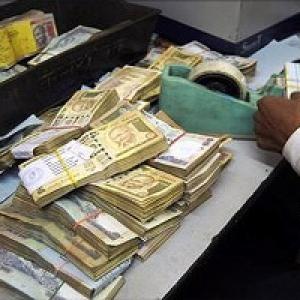