This time, there was no panic at all, rues Harsh Roongta

These words are normally used in the context of a runaway bull market to explain why this time the market will sustain.

So, why am I using those at the end of the week, in which the Indian stock markets had a six per cent single-day crash, with the world markets performing even worse?

So, as 'manic Monday' set in, I prepared to receive the inevitable barrage of calls from individual clients regarding this significantly negative market event.

Well, the calls did start.

The first was from a 57-year-old client with a 'moderate risk' profile at best.

As I saw his number flash on my mobile screen, I figured I should have expected him to be the first to call.

He was indeed calling about the market crash. He was checking if the large investment in a debt fund had already been triggered.

I hastened to assure him it had indeed been triggered and that since this was a debt fund, it was not very significantly affected by the stock market crash.

He checked if it was possible to hold it back as he thought it was a great opportunity to increase his exposure to equity.

I literally had to cajole him to continue with the existing plan and build his pre-agreed equity exposure slowly, as had already been agreed.

He sounded disappointed but agreed to stick to the pre-agreed plan.

This time was indeed different!

As I finished that call, I saw a couple of missed calls.

One was from a close friend who had a substantial portfolio in both debt and equity and who, though retired, was quite bullish on stocks.

Given the background of the first call, I thought even he might be looking to increase his exposure to equity.

I was not disappointed.

He was bubbling over with enthusiasm and wanted to convert a substantial portion of his debt into equity immediately.

I warned him recovery from market crashes can be slow and painful and he already has a fair exposure to equity from which he will benefit as the equity markets perform over the long term.

He was not to be put off, however, and it took all my persuasive skills to convince him to wait for a few days to work out a strategy to systematically accelerate his investment in equity rather than do it all at once.

This time indeed was different!

The other calls I got were also in similar vein with not a single client even asking for re-assurance that equity will start performing again.

So I began thinking that probably I had managed my clients' expectations too well and perhaps other peoples experience was different.

I turned to the couple of professional financial planner WhatsApp groups that I am part of and I got a very similar feedback from them.

Very few calls from clients, no panic at all and most calls about how to take advantage of the crisis.

There is an inherent self-confirmation bias when you talk to people like yourself who manage their clients' expectations about return from equity.

So, I thought, let me turn to people outside the financial planning fraternity.

I looked at television and the stock brokers appeared unperturbed, which was remarkable given the scale of the loss and the continuous sale by foreign institutional investors.

The chatter on social media was similar.

This time, there was no panic at all.

In fact, there was a heightened sense of 'it would be a shame to let a good crisis go to waste'.

It is still very early days but perhaps all the financial literacy work that is being carried out on a large scale is at last beginning to have an impact.

The fact that investment is not a one-time activity, but a continuous and disciplined following of a pre-thought strategy seems to be getting many followers among the lay investing public.

Not that I wish it but we will really know only if the recovery is long and slow and the equity investors' faith still holds.

So when the bull run begins its march again, it will really be different! 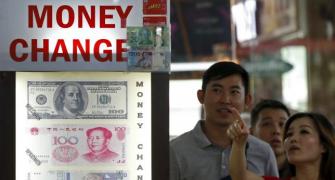 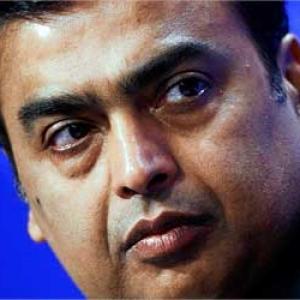