Wholesale of India, by FDI in retail

By M R Venkatesh
September 17, 2012 11:21 IST
A democratically elected government cannot bulldoze its way through, whatever be the compulsions, writes M R Venkatesh.

Kamikaze warriors, it may be recalled, were Japanese suicide aviators. In the closing stages of World-War II they sought to destroy Allied warships more effectively than was possible through conventional means. These suicide bombers effectively turned ordinary aircraft into missiles as pilots would crash their aircraft into enemy ships with a lethal combination of explosives, bombs, torpedoes and aviation fuel. No wonder to this day these warriors are revered in Japan. 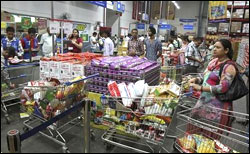 With each passing day Prime Minister Dr Manmohan Singh resembles a Kamikaze warrior on a suicide mission. What else would explain the rationale behind the announcement of the United Progressive Alliance government in allowing 51 per cent foreign direct investment (FDI) in domestic retail even as allies, Cabinet colleagues and party workers are opposed to it? With several states - including Kerala (a Congress ruled state) - announcing their opposition to implement this policy, is this not a non-starter? Why then this policy initiative in the first place?

Naturally, political pundits question the timing of such announcement. Coming close on the outbreak of Coal-gate (where the needle of suspicion is on the PM himself), is this a ruse to deflect attention? In the alternative, is the PM preparing to go as a failed reformer rather than being hauled over for coal-gate?

But there is another dimension to the entire issue. Given the state of economies across continents, the credibility of economists world-wide is at its lowest and perhaps fare marginally better than politicians. Unfortunately, Dr Singh suffers from a double whammy - he is both an economist and a politician.

Economic policy formulation in the best of times is a challenging task, more so, in a county like India. Consensus evades not merely because people are obstinate or illiterate, but simply because people who sell economic ideas lack credibility. Even when Nehru - the tallest leader of his times - sold socialism to us in the fifties or when Dr Singh unleashed liberalisation in 1991, there were skeptics. Yet the nation was largely with them simply because they had credibility.

But Dr Singh Mark II in 2012 is not Dr Singh Mark I of 1991. Two decades ago he caught the imagination of ordinary Indians, he spoke their language and instantly became their hero.  People then were with him and his ideas. That explains why liberalisation was a success then.

But not now. People are tired of Dr Singh. He rarely communicates and his ideas, in the absence of personal credibility, seem to be outworn and outdated. What else would explain that the PM chose a meeting of Planning Commission (a relic of Socialism and Stalinist ideas) to explain and defend his latest round of reforms. The fact that it was symbolically a horrendous choice was lost on him.

Surely, the question about timing, personality and credibility is not without its due quota of merit. Is this not a desperate gamble of a beleaguered government, a lame duck PM heading a coalition who significantly has lost his credibility? That being so, the charge against the government is that this policy is a sell-out to multi-national corporates, however baseless, gains currency by the minute. And that is the crux of the issue.

Before one proceeds further let us, at the outset, examine the fallacy embedded into the policy announced by the government.  The policy mandates that at least 30 per cent of the procurement of manufactured products shall be sourced from 'small Indian industries'.

This is where things become interesting. 'Small industries' has been defined as one which has a total investment of less than a million US dollars in plant and machinery. And pray who will monitor them? You guessed it right - auditors (who obviously will be multi-national accounting firms) of the multi-national company would provide necessary certification!

Given the track record of these accounting firms one can safely conclude that this stipulation is as good as a farce.

Another condition proposed by the government is that the minimum amount to be brought in as FDI would be $100 millions of which 50 per cent has to be necessarily invested towards processing, manufacturing, distribution, design improvement, quality control, packaging, logistics, storage, ware-house, agriculture market produce, infrastructure etc.

And pray what is the bench-mark for measuring all these especially subjective issues such as 'design improvements', 'distribution', 'quality controls' and 'packaging'? Crucially, who will benchmark and monitor all these? Well, the policy is completely silent. And given the manner in which the country is governed one can safely assume, even if it were prescribed, that it is not too difficult to 'meet' such stipulations by expending a few thousand rupees!

Another hilarious (sinister?) condition put forth by the government in its policy is that it seeks to retain the first right to procure agricultural products. Who will monitor this clause and how? Crucially, if FDI in retail is all about ensuring better prices to our farmers why this clause? In  the alternative, if government intervention is indeed necessary, why then FDI in retail? Indeed a very confusing and contradictory stipulation.

"But all this will benefit the farmer while improving job opportunities to millions" said one panelist. The second one nodding his head in approval quipped, "This will modernise manufacturing, ensure quality while lowering prices of products to the consumers." Not to be out done the third one added, "Wastages will be eliminated, logistics will improve as we shall have cold storage chains, warehouses and modern distribution techniques."

This is how debates in our media went on before the anchor concluded, "It's a win-win" situation for all as job opportunities will improve while farmers, manufacturers, intermediaries, government and consumers benefit. Everyone everywhere seem to be a beneficiary of this policy!

Importantly, if this is win-win for all as it is claimed by some, why is it that most non-Congress state governments are reluctant to allow FDI in retail? The answer to this question is not far to seek. Most politicians know that FDI in retail is highly disruptive (with probably unknown consequences). It is a game changer that would well leave the extant business eco-systems in their respective states in tatters.

Political parties fear that there could be many who may lose their livelihood. Remember that small retail stores provide employment to an estimated 100 millions (including self-employed) and sustains another 100 million of their family members on a conservative basis. In these times of tepid growth, a small fraction of this when displayed can make and un-make governments. Politicians also know that they - not the knowledgeable ones in TV studios - have to meet the voters shortly.

However the one-sided monologue - of course partially sponsored by UPA Government and partially by the beneficiaries of this policy - in effect captures the superficiality of the arguments made out in the main-stream media favouring FDI in retail. Remember, all these are usual arguments by the usual suspects.

Implicitly, the assumption by these usual suspects is that our farmers get a raw deal, our manufacturing is primordial while our distribution system is archaic. While partially conceding that these usual suspects may have got it right when it comes to diagnosis, their prescription - FDI - and arguments leaves most flumoxed.

Pray how can FDI in retail help set up cold storage chains when we face huge power crisis? Can someone explain how FDI in retail improve job prospect in the aggregate while also promoting efficiency? How can FDI in retail bring in quality while also proposing such companies to procure 30 per cent of its requirement from small Indian industries? How can farmers benefit with higher prices for their produce while consumers simultaneously benefit through lower costs?

In short, none of the arguments - repeat none - by the pro-FDI proponents are backed by facts, studies or reports. And even when they do, the problem is that such arguments are structurally flawed, superficial on assumptions and rests on hopes than on anything concrete.

Even assuming for a moment that all these are baseless allegations and FDI in retail can indeed bring in intended benefits, the fact of the matter is that credibility of the UPA government and more pointedly that of the PM is at its lowest to attempt such grand policy initiatives. That substantially if not wholly explains why not many are ready to believe the UPA Government, its ministers or its cheerleaders.

A democratically elected government cannot bulldoze its way through, whatever be the compulsions. The PM must be well aware of this even as some of his allies are not keen in supporting this initiative. Equally, he must be aware that Coal-Gate could well be his Achiless heel. He knows, either way, his time is up.

Nevertheless as luck would have it - he has a choice. He can go down as a villain of Coal-Gate. Or he can go down as a Kamikaze reformer and be subjected to the charge of selling India wholesale by allowing FDI in retail! Seems he has made his preference for the later.

The author is a Chennai-based Chartered Accountant. Comments can be sent mrv@mrv.net.in 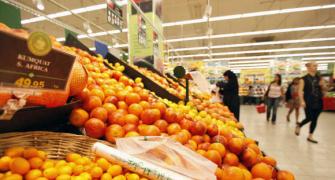 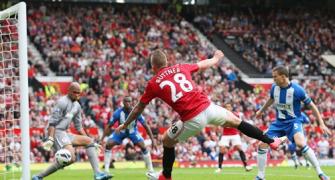 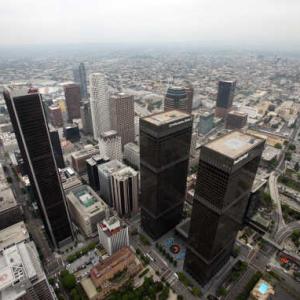