Although this may not be music to Raghuram Rajan and Viral Acharya's ears, the real reason in my estimation for their quitting is expatriate over-sensitivity, intolerance or arrogance, argues B S Raghavan, the distinguished civil servant. 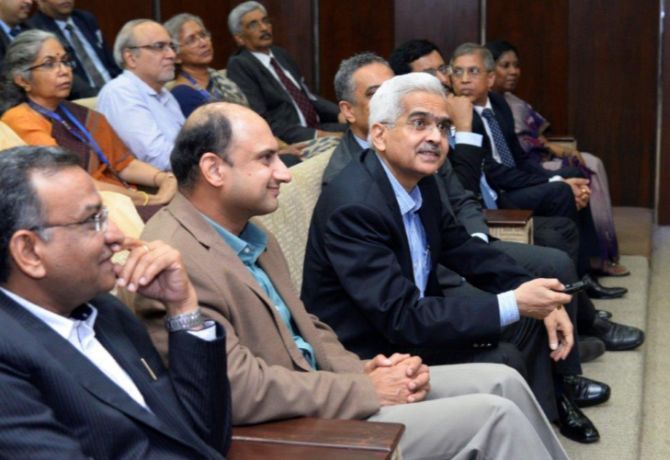 The outgoing deputy governor of the Reserve Bank of India, Dr Viral Acharya, has rendered a great service to the media which had entered the dreaded silly season, leaving behind all the excitement of the Lok Sabha election and installation of the new government and which had very little to whip itself into a state of cogitation and agitation.

He -- God bless him -- had helped it to go to town and fill columns of space with his resignation from his post six months ahead of the expiry of his three-year term of office. Actually, he is supposed to have 'joined the growing lists of economists jumping the government ship', although I have not witnessed any exodus of that kind.

The resignation, as in the case of Dr Urjit R Patel, was ostensibly 'for unavoidable personal reasons', but very little digging was required on the part of even tyros in media offices to divine the ostensible ones, helped no doubt by some ready-at-hand mind-readers both inside and outside the bank.

Thus, Viral's wish to quit has gone viral as a mark of his displeasure at the regimen of lower interest rates as part of the monetary policy, the government's pressure to transfer to its coffers what it considers the bank's excess cash reserves and, generally, the erosion of the degree of autonomy that the bank as a regulatory institution ought to have in Dr Acharya's view.

In support of the first, the body language experts of the media did not fail to notice that at a media conference on June 6, just after the RBI announced its third consecutive rate cut, the usually outspoken deputy governor was quiet as his colleagues fielded queries from the assembled media.

Throughout the conference, Dr Acharya kept his head down, eyes focused on his papers and hands busy scribbling away.

This left no one present in any doubt that he was not for any more fiddling and fooling with the rates as the bank was doing.

In support of the second, the media latched on to the reference made by Viral in his A D Shroff Memorial Lecture given last October to the 'analogy' of Martin Redrado, Argentina's central bank chief, who resigned in January 2010 because the government pressured him to transfer $6.6 billion of that country's central bank reserves to the national treasury on the ground that the central bank had $18 billion in 'excess reserves'.

Redrado refused, saying 'We have arrived at this situation because of the national government's permanent trampling of institutions... Basically, I am defending two main concepts: The independence of the central bank in our decision-making process and that the reserves should be used for monetary and financial stability'.

As Viral disapprovingly recalled, the Argentinean government attempted to fire Redrado, by an emergency decree for misconduct and dereliction of duty, but this attempt failed as it was unconstitutional.

In support of the third ostensible cause of Viral putting in his papers the concluding portion of the same lecture of his titled, 'The importance of independent regulatory institution -- the case of the central bank', to the following effect also went viral: 'Governments that do not respect central bank independence will sooner or later incur the wrath of financial markets, ignite economic fire, and come to rue the day they undermined an important regulatory institution; their wiser counterparts who invest in central bank independence will enjoy lower costs of borrowing, the love of international investors, and longer life spans.'

Interestingly, Viral mentions appointment of a technocrat to head the bank as the chief or core contributing factor of the central bank's independence, arguing that 'appointing government (or government-affiliated) officials rather than technocrats to key central bank positions, such as governor, and more generally, senior management' reduces functional independence and predisposes the bank to pander to the government's pursuit of short term gains for its own political ends, forgoing long-term stability.

This also hampers, according to Viral, the bank in fulfilling its mandate that covers a wide range of complex domains involving the country’s financial, monetary and fiscal management.

Among such functions that he lists are: Controlling the money supply; setting the rate of interest on borrowing and lending money; managing the external sector including the exchange rate; supervising and regulating the financial sector, notably banks; regulating credit and foreign exchange markets; and, ensuring financial stability, domestic as well as on the external front.

To my mind, all these justifications are just escapist rationalisations, for they can be rebutted with acceptable reasons.

For instance, in any institution vested with such complex and wide-ranging responsibilities as the RBI, differences in approach or policy are bound to arise from time to time among executives in the higher reaches.

Mature, seasoned and discerning persons will invariably find ways of discussing it threadbare among themselves and arriving at a common ground, or going along with the preponderant opinion, unless, of course, it is a matter touching one's conscience.

It is being churlish to make rates of interest and transfer of reserves as the touchstone of independence and make them an excuse to quit.

The same thing applies to any differences of policy and approach with the government of the day.

No institution in a democracy has a right to demand total, complete and unbridled autonomy in the sense of ignoring the compulsions weighing on a duly elected government, arising from the concerns and aspirations of the people at large.

Although this may not be music to the ears of the likes of Raghuram Rajan and Viral Acharya, the real reason in my estimation for their quitting is expatriate over-sensitivity, intolerance or arrogance.

They are all the time obsessed with the thought that they have done a favour to this country by coming over, sacrificing a cushy life abroad, and they can always go back to what they regard as their supreme attainment, and, therefore, the natives must accept what they say with folded hands as the final law, regardless of whether or not it suits the local conditions, ethos and genius.

They simply make no effort with the needed humility to understand the country of their origin or its special needs or its culture or its compulsions.

B S RAGHAVAN
SHARE THIS STORY
Print this article 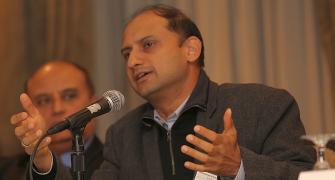