News
Business
Movies
Sports
Cricket
Get Ahead
Money Tips
Shopping
Sign in  |  Create a Rediffmail account
Rediff.com  » Business » What is tax buoyancy, how it works for the economy?

What is tax buoyancy, how it works for the economy?

If the surge in tax collections is sustainable, the finance minister has the elbow room to shoot for a fiscal deficit that is significantly lower than the Budget's 3.9 per cent of GDP, or to bump up, rues TN Ninan. 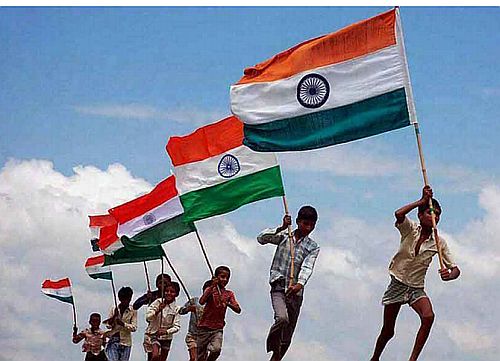 Is something going on in the economy that we have not grasped? Consider the trend in excise revenue collection — it is up an astonishing 68 per cent in the first seven months of the financial year.

The government is playing this down by saying that it mostly reflects changes in tax rates that were announced in the Budget, but you would assume that these had been factored into the tax projections for the full year.

These projections assumed excise revenue growth of 23.9 per cent—which is being exceeded by a mile. Or look at customs revenue collection.

Imports (counted in dollars) in the first seven months are down 14.2 per cent, compared to the same April-October period last year.

Yet customs revenue (in rupees) is up by a handsome 16.8 per cent. For every dollar of imports, therefore, the rupee collection rate has gone up by 36.1 per cent.

You could explain that if the rupee had fallen in the interim, and it has; but the change in its dollar exchange rate is in single digits.

Perhaps the import mix has changed, or there is some other explanation — the government has been upping import duties on specific items to combat imports.

The point is, an explanation is due; an increase in the collection rate usually points to increased protectionism.

On the flip side, direct taxes on corporate and individual incomes could fall short — especially since corporate profits show little or no growth.

But direct and indirect tax collection, taken together for the first five months, was up by 22.8 per cent, against the full-year target of 15.9 per cent growth.

If the initial trend is sustained, gross tax revenue could exceed the Budget by anything up to Rs 85,000 crore (of which more than a third would go to the states).

If the trend moderates, the full-year increase would be correspondingly less.

Still, a tax surplus is unusual; the last time it happened was five years ago, when revenue ended up showing an excess of Rs 40,000 crore.

The puzzle of a tax surplus might be explained by sectoral numbers.

For instance, service tax collection is growing at more than 26 per cent, helped by the increase in the tax rate from 12.36 per cent to 14 per cent. Car sales have been buoyant, especially in the latest months, and effective taxation on automobiles was increased in the Budget — so excise revenue from this sector too would be showing growth on growth.

The modified tax framework for the petroleum sector was said to be revenue-neutral; perhaps it wasn’t.

The point to note is that, in his Budget speech, the finance minister had said the total impact of indirect tax changes would be Rs 23,383 crore — so that can hardly explain the much greater collection surge. There is the possibility that the surge in collection reflects buoyant economic trends.

The Reserve Bank’s latest growth assessment for the year is 7.4 per cent. But critics of the new set of GDP numbers would put growth at a lower level; they would point to less than five per cent growth so far in manufacturing, only three per cent in electricity generation, the monsoon precipitation shortfall of 14 per cent, the continuing double-digit decline in both exports and imports, the single-digit growth in bank credit, and the flattish trend in quarterly corporate profit and sales figures.

None of these key indicators would suggest rapid economic growth.

The surge in tax collection flies in the face of all these numbers. Whatever the explanation (cautious budgeting is one possibility), the finance minister has the elbow room to shoot for a fiscal deficit that is significantly lower than the Budget’s 3.9 per cent of GDP, or to bump up expenditure in order to boost growth.

Doing the latter in the closing months of the year is not easy; governments need time to crank up. So the betting should be on a lower deficit.