Shifting world trade patterns and what they imply for India

The dollar’s strength sent exports down by $3 billion -- but imports fell much more sharply, by $10 billion. 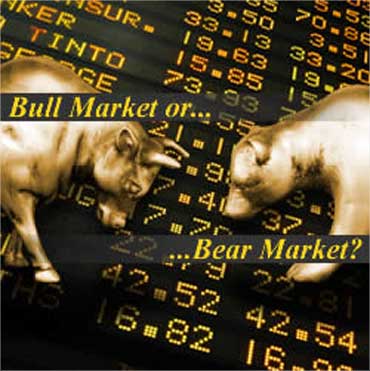 Markets were stunned when China’s latest trade data were released earlier this week.

Projections for Chinese growth were accordingly pared down to seven per cent, or just below that level.

For the powerhouse of global trade to register these numbers suggests that something is amiss with world trade.

Overall, it is clear that trade balances worldwide are in a state of flux, and are likely to remain so for the rest of the year.

It could be argued that two major trends are driving the readjustments.

And, meanwhile, easy monetary policies and quantitative expansion programmes have caused shifts in the balance of trade -- favouring the euro zone and Japan.

True, economic recovery is well under way in some advanced economies.

The European Central Bank’s low policy rates and the massive bond-buying programme have fuelled a lot of financial activity.

Consumer confidence is apparently reviving: car sales rose seven per cent across the euro zone in February, with gains logged in all the five largest auto markets.

The 19-nation currency has weakened to historic lows.

The euro zone now has a rising trade surplus versus the rest of the world.

Conversely, the United States has seen its currency strengthen.

Its GDP growth is expected to hit three per cent this fiscal year.

In effect, American consumption is likely to, once again, drive global growth to some extent.

Recent trade data from the United States, however, are disquieting.

Its vast trade deficit narrowed sharply in February, by almost 17 per cent.

The dollar’s strength did send exports down by $3 billion -- but imports fell much more sharply, by $10 billion.

German data, however, did counteract some of that worrying news from the United States -- exports went up by 1.5 per cent in February, after a decline in January, and more importantly imports increased by 1.8 per cent, also after a decline.

But the overall sense seems to be that, barring parts of the euro zone, there is no real global demand revival in sight that is not being driven by central banks.

Globalisation has helped ensure that the world is now geared to handle this vast tectonic shift in trade patterns, with its attendant currency flows.

In theory, if advanced economies do run big trade surpluses, they will reinvest those surpluses in emerging economies, seeking higher returns.

India must certainly hope that this happens in practice, since it could be a major beneficiary.

However, there is a need to clear up the clutter and red tape in regulations governing foreign direct investment and foreign institutional investment to ensure that any such trend can be fully exploited.

And for trade, it needs to fix the rupee. It strengthened against every major world currency in 2015.

India’s exports have been a failure this last financial year as a consequence.

If China devalues the yuan, as it well may, the rupee will probably become far too strong. Subdued global demand means India must address these two problems holding back its engagement with the global economy. 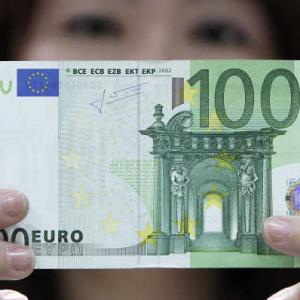 What's wrong with the world economy?