Indian labour laws today are among the most restrictive globally. While they may be able to secure the livelihoods of a tiny minority, they have a pernicious effect on the vast majority, rues Andy Mukherjee 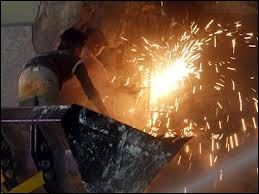 Labour in India looks set to get a much-needed new deal. It’s about time.

In the name of protecting jobs, successive governments have kept employees so tightly confined in a straitjacket of stifling regulation that the 435-million strong workforce can hardly breathe.

If the new Prime Minister Narendra Modi succeeds in what still are early experiments in cutting the legal red tape that dissuades hiring and crushes productivity, the economy’s growth potential will be significantly higher.

The need for change is urgent.

Reforms over the past two decades have focused almost entirely on fixing product and capital markets.

But while lowering import barriers, implementing a federal sales tax, and making banks allocate capital more efficiently are all crucial tasks, unshackling the labour market from some 60 different federal laws is equally pressing.

The near-vertical rise in Chinese labour productivity since that country joined the World Trade Organization in 2001 shows just what an opportunity India has missed.

While global demand may not recover to its pre-financial-crisis levels any time soon, India could still garner large economic benefits from allowing its blue-collar workers to participate in the global supply chain as freely as its software code-writers can.

The trouble is that labour in the formal economy has a small share in the total workforce: only one in five Indian workers is a regular wage earner. All the laws are aimed at safeguarding the rights of this person.

The cost of that protection, though, is large.

It inhibits new investment in labour-intensive industries, and keeps the other four workers stranded on farms or limited to doing odd jobs.
Trade unions oppose labour-law reforms because they have more to gain by siding with a minority that has something to lose.

The voiceless majority’s only hope is that entrepreneurs will cry so loudly about not being able to compete globally that the government will have to listen. 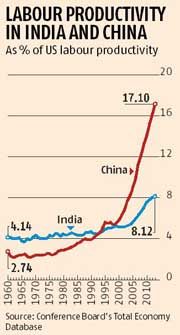 Starting next month, labour inspectors will lose their discretionary powers.

These much-dreaded officials will no longer be free to pay a visit to any factory owner or shopkeeper they fancy harassing.

From October, companies can file the bulk of their labour-related returns online, Business Standard reported recently.

These reforms may not sound like much. But they can go a long way in improving India’s investment climate.

Doing away with silly regulations -- such as  requiring companies to maintain a 'register of lime washing' under the 66-year-old Factories Act -- can add up, saving businesses time and money.

With reduced compliance costs, companies will have a bigger incentive to be on the right side of the law.
At present, it makes more sense for small enterprises to operate in a legal grey area, putting workers at risk and defeating the whole point of regulation.

As a textile businessman recently tweeted, if small and mid-sized companies in India followed all existing rules, “your underwear will cost what your jeans cost today”.

from British colonialists, have always been a little harsher in independent India than in Britain.

That was understandable: the relatively poorly educated and underpaid workforce required stronger protection.

But Indian laws started to become draconian in the 1970s when then prime minister Indira Gandhi adopted a populist, anti-business posture.

The gap widened furthered when Margaret Thatcher came to power in Britain and began deregulating.

That never happened in India.

The result: Indian labour laws today are among the most restrictive globally. While they may be able to secure the livelihoods of a tiny minority, they have a pernicious effect on the vast majority.

But a big change is sneaking in through the back door.
Acting on the advice of Columbia University economist Arvind Panagariya, Mr Modi is letting state governments, which have a major say in regulating labour, update archaic laws and make them more investor-friendly.

A test case is the state of Rajasthan in north-western India.

It recently increased the maximum number of employees that can be fired without government permission to 300 from 100.

A business owner can now hire up to 50 contract workers without requiring prior approval of the labour department; the present limit is 20.

Really tiny businesses will be exempted from laws that have high compliance costs.

Making even these small tweaks at the federal level has proved to be politically impossible.

For instance, a very modest goal of allowing companies to sack up to 1,000 workers without prior permission has not been realised in 13 years because of pressure from trade unions.

After becoming prime minister in May 2004, Mr Modi’s predecessor, Manmohan Singh, announced that his government would refrain from 'an uncritical endorsement of the hire-and-fire approach'.

That was the end: for the last 10 years, labour reforms haven’t even figured on the policy agenda.

That’s a wasted opportunity.
Research has shown that Indian states, such as Rajasthan and Tamil Nadu, which have slightly more employer-friendly rules than others, have 11 per cent higher productivity in industries that face volatile demand, and, hence, need the flexibility to adjust the size of their workforce. If these gains become the norm, two things will happen.

One, higher productivity will translate into higher wages; that will kick-start a virtuous cycle: increased demand will lead to more job creation and production.

Two, as production increases, inflation --  a big headache in recent years -- will come under control.

But rising Chinese wages have presented the country with a second chance. Labour-intensive manufacturing can find a home in India.

But for the country to be ready for it, physical infrastructure will need to improve, and the government will need to boost investment in education and health.

It will also have to simplify the inordinately lengthy and contentious process of land acquisition, which prevents industrialisation.

Just as important will be unchaining workers from rules that harm job creation and productivity.

As long as Mr Modi can resist pressure from trade unions and press ahead with labour reforms, the payoff for the economy could be promising.<hr>

Andy Mukherjee is the Asia economics columnist at Reuters Breakingviews in Singapore. These views are his own
Andy Mukherjee
Source: 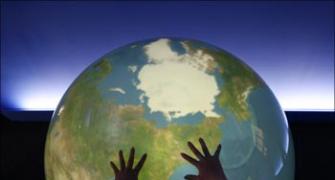