Vedanta and international standards on mining

By Rajni Bakshi
April 25, 2013 14:57 IST
The most significant development over the last 10 years is that such organisations have accepted the need to operate on the basis of the principle of FPIC, namely Free, Prior and Informed Consent, by the local people whom a mining project affects.

In a recent judgment the Supreme Court has ruled that Vedanta cannot go ahead with its mining project in the Niyamgiri Hills of Odisha without the consent of the local gram sabha. This verdict has predictably been celebrated by activist groups and spread dismay in business circles. 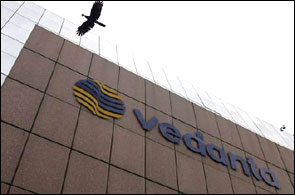 Under the Forest Rights Act gram sabhas in tribal areas have been given the right to decide what projects enter their area. It has been widely reported that the Prime Minister’s Office has been pushing for a dilution of these rights.
Many in the private sector and government fear that if this right is put into practice, as the Supreme Court has now confirmed it should, then it will become much harder for the government to divert forest lands for industries. This in turn is viewed as being detrimental to economic growth.
Actually, this approach is out of synch with standards that have been developed by the mining industry internationally over the last decade. It is India’s Forest Rights Act, and the Supreme Court’s interpretation of it, that are more in line with principles outlined by the International Council on Mining and Metals, an industry body that was founded in 2001 to improve the sustainable development performance of this sector.
Over the last few decades there have been many bitter, and in some cases violent, conflicts in mining areas across the world. That is why 22 of the world’s major mining and metals companies joined hands with 34 national and regional mining associations and global commodity associations to found the ICMM.
According to the ICMM website it “…now serves as an agent for change and continual improvement on issues relating to mining and sustainable development.”
ICMM’s work is based on the following core principles:

Care for the safety, health and well-being of workers, contractors and host communities.
Respect for people, the environment and the values of host societies.
Integrity as the basis for engagement with employees, communities, governments and others.
Accountability for upholding our commitments.
Collaboration as an important tool for addressing the challenges we jointly face and seizing opportunities.
The most significant development over the last 10 years is that such organizations have accepted the need to operate on the basis of the principle of FPIC, namely Free, Prior and Informed Consent, by the local people whom a mining project affects.
In this context Vedanta’s Odisha project has attracted a great deal of negative responses across the world. In 2010 EIRIS, a leading research body of the responsible investing sector, had done a detailed report on the most important environmental, health and safety and human rights issues at Vedanta’s Orissa mine and made various recommendations for how the company could improve its social and environmental performance.
This report had been commissioned by Aviva Investors, who have been closely engaged in getting Vendanta to conform with higher standards. Subsequent reviews by EIRIS noted that while Vedanta has begun to change it has a long way to go to meet the full recommendations.
In its review of Vedanta’s operations, in 2011, EIRIS asked for greater clarity in whether Vedanta’s Sustainability Committee “covers responsibility for indigenous rights as well as stakeholder engagement, including local community engagement related to Company operations. Vedanta should also respond regarding those recommendations that it has not fully addressed yet.”
A more recent Review Report by the research firm URS Scott Wilson noted that there are improvements in day-to-day management of sustainability issues. But the key area of impact on local communities is still weak. In November 2012 when URS released its report the Sustainability Framework documentation dealing with Indigenous Peoples was still pending, though it was originally due in 2011.
Vedanta’s response to local opposition to its mining project in the Kalahandi District of Odisha has been a massive publicity campaign about its investments in local infrastructure and thousands of balwadis. However, this cannot undo the damage that has been done by its false start on this project - namely the failure to seek Free, Prior and Informed Consent of the local people.
Vendanta, and many votaries of rapid economic growth, seem to be working on the basis of an outdated approach. This defunct approach consists of going ahead with the project and then along the way seeking to mollify local inhabitant. From their point of view, seeking prior consent from locals is an avoidable delay.
But as the experience of Vedanta and Posco’s troubled projects in Odisha shows - neglecting the FPIC principle is proving to be much costlier.
Over the next few months there may be a bitter competition between those among the gram sabhas of Niyamgiri who are opposed to Vedanta’s bauxite mining project and those who want to win over the gram sabha to facilitate the mining. But the problem cannot be solved unless both sides are willing to craft entirely new business models for both saving the environment and generating commerce.
Rajni Bakshi
Related News: Vedanta, EIRIS, International Council on Mining and Metals, FPIC, Odisha
Print this article
25 more convicts surrender in 1993 blasts case 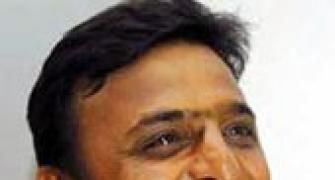