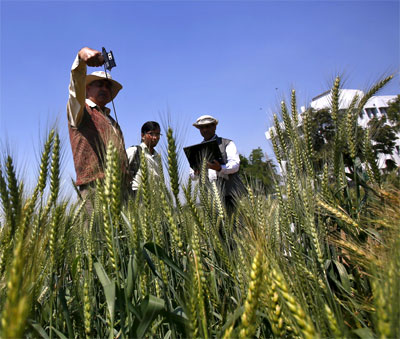 Since my return to India two years ago, I have fielded many questions from rating agencies and fund managers about forecasts of India’s economic growth by the International Monetary Fund (IMF), the World Bank and the Asian Development Bank (ADB). Private forecasts from organisations like Goldman Sachs are also a regular feature of our policy landscape. The number of external agencies giving us their “take” on the future growth rate today far outnumbers domestic forecasters (the Union government, the Reserve Bank  of India plus the occasional think tank).

Private agencies make money by claiming that their “take” on India is better than that of their competitors.  They must, therefore, produce their own forecast of the main indicator of India’s economic health and claim that it is better than publicly available forecasts (otherwise, why would anyone pay them anything for their forecasts?). But why are the international organisations in this business?

Do they forecast growth better? I reviewed the IMF, the ADB and the World Bank “projections” of India’s growth rate since 2004. No forecast by the IMF was accurate to within 0.3 percentage points of the actual gross domestic product (GDP) growth rate in all those years (that’s big, given that the growth rate ranged from about five to nine  per cent over 10 years). In many years, forecasts were off by over one per cent.

The IMF consistently underestimated India’s growth rates in high growth years and vice versa (a fact that the IMF managing director did not seem to be aware of when I pointed this out to her). The World Bank was accurate (within 0.3 per cent) twice in 12 years, but otherwise got it wrong by  roughly the same magnitude as the IMF, as did the ADB. Official forecasts tended to be much closer to the actual growth rate.

Even if inaccurate, are these forecasts more scientific and more transparent than those of our domestic agencies? None of these institutions provides an even passably transparent published  explanation of the basis for their forecasts, the macroeconomic and sectoral frameworks specifying the relationships between different variables that impact growth, or the underlying assumptions. My own colleagues at the National Institute of Public Finance and Policy (and other think tanks) routinely provide this at a far higher level of detail and transparency.

Why, then, do these institutions – staffed with a global pool of economists receiving six-figure tax-free salaries and access to financial resources, research inputs, cutting-edge econometric technologies that Indian researchers could only dream about – get something as basic as a growth forecast so consistently wrong? Why are they not transparent about how they go about their business?

In my view, this has to do both with incentives and with purpose. In the case of the IMF, its Article IV mandate requires assessments of the macroeconomic health of member countries at regular intervals; this necessarily means that they would need to provide some assessment of the growth rate of the economy.

Historically, when the IMF was in the business of lending to most developing-country governments, the growth forecast of the IMF would form the basis of the policy conditionalities that framed its lending.  It’s asymmetric power over developing countries allowed it to override national assessments and impose conditionalities, based on its “scientific” judgement.

Over time, in emerging economies like India, such lending has ceased, but the incentive to forecast remains (otherwise, a simple reasoned paragraph of dissent with the government/central bank forecast would suffice). Why?

First, it justifies the continued employment of an otherwise redundant economic bureaucracy, which  now empowers IMF management by providing a basis for calibrated endorsement (or disapproval) of specific government decisions. Growth  forecasts serve an important purpose in this context; they affirm the desirability or otherwise of policy actions taken by the country and the “growth story”  is justified by showing the positive relationship between the IMF-approved policy actions and “good” future results, measured by the projected growth rate (and vice versa). Forecasts rarely match what actually happens — but their advocacy purpose is served.

For this reason, it is also not logical to fully clarify the assumptions underlying such forecasts or the methodology used to arrive at them. This would give the lie to their claimed “scientific” basis and make their political purpose  apparent.

In the case of the World Bank and the ADB, they do not even have the excuse of their mandate to be in the growth-forecasting business. They do it to gain political voice in the national economic policy discourse and to give their staff continued access at a senior level to the finance and planning arms of national government, rather than the sector and the subnational levels  where their operations are centred. This access is important to their managements and in their projection of the clout of their organisations.'

Thus, the World Bank’s recent India development update is full of assertions about macroeconomics, trade and finance, but silent about health, education and agriculture. Growth projections are also essential for making pronouncements  about the relative merits of the policy frameworks of different developing countries, which can  then be ranked as doing “better” or “worse” in the judgement of these institutions in their global or regional economic outlooks.

With these motivations, accuracy is not relevant and transparency would be counter-productive. Both would be required, if the motivation was to produce good knowledge products, which is the reason provided by these institutions for undertaking growth forecasting.

So when I meet the rating agencies and fund managers and they ask about these forecasts, I make it clear to them that while these forecasts do not have a track record of transparency and accuracy, I am well aware that they serve an important purpose in justifying normative pre-conceptions about, and preferences for, the future direction of Indian economic policy. I find that the conversation then takes a rather more interesting turn.