News
Business
Movies
Sports
Cricket
Get Ahead
Money Tips
Shopping
Sign in  |  Create a Rediffmail account
Rediff.com  » Business » India is proficient in making laws but lax in enforcing them

India is proficient in making laws but lax in enforcing them

The loudest criticism of the new black money law is that while it is meant to prosecute and punish Indians with illegal foreign incomes and assets, the much bigger problem of black money in the domestic economy has not been addressed.

Concluding the three-part series, Paranjoy Guha Thakurta says the new black money law is likely to fail because of the ineptness of India's investigative and enforcement agencies. 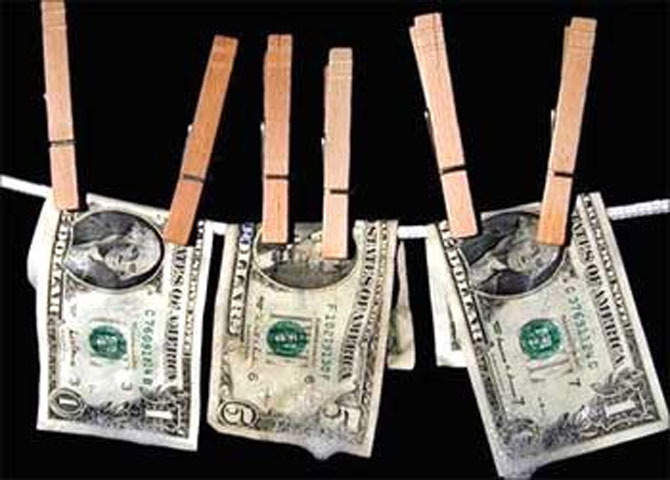 On May 13, before the Lok Sabha passed the Undisclosed Foreign Income and Assets (Imposition of Tax) Bill, 2015, Finance Minister Arun Jaitley said the world is no longer "willing to tolerate tax havens which thrive on secrecy". After the bill was passed, Prime Minister Narendra Modi tweeted that the new law is "historic".

But the government's critics argue that the new law is going to be ineffective at best or an eyewash at worst. The loudest criticism of the new law is that while it is meant to prosecute and punish Indians with illegal foreign incomes and assets, the much bigger problem of black money in the domestic economy has not been addressed.

In order to counter this criticism, the government introduced the Benami Transactions (Prohibition) Bill in the Lok Sabha the same day, within hours of its approval by the Union Cabinet. The bill seeks to amend a law that was enacted 27 years ago and which has not been effectively implemented. This bill, which targets domestic holders of black money, has been referred to Parliament’s Standing Committee on Finance.

Benami is a north Indian term. A benami purchase of property means the purchase has been made in the name of someone other than the person who has actually financed the transaction. Such transactions are made in the names of friends and relatives or even, fictitious persons. The de facto owner of such benami income or assets is legally known as a "beneficial owner".

The bill proposes to amend the hitherto inoperative Benami Transactions (Prohibition) Act, 1988, by providing for strict penalties, including the attachment and confiscation of benami property, imposition of penalties up to 25 per cent of "fair market value" of the assets and rigorous imprisonment up to seven years. An earlier lapsed version of the bill had  prescribed the imposition of either a fine or imprisonment as punishment but the new bill provides for both.

The bill states that property acquired in the name of a spouse and children or in the name of siblings would be exempted from the provisions of the proposed law provided the property is jointly owned and funded through known sources of income. The bill includes in its purview transactions of not just immovable property but other assets such as financial securities and gold.

Particular provisions of the new act and the bill have raised doubts and apprehensions. These relate to:

(a) the provision for imprisonment for up to seven years for failure to disclose foreign assets;

(b) the imposition of penalty on the basis of "fair market value" of the asset instead of its "acquired value";

(c) the imposition of punishment on every person considered responsible for the working of a corporate entity; and

(d) the allegedly unbridled powers that have been conferred on the tax recovery officer.

Industry body, the Associated Chambers of Commerce raised some of these concerns in a statement, part of which read: 'If the value of the asset has appreciated over the years, the person making the declaration would become liable to pay tax on such unrealised appreciated value which would be substantially higher than the amount which the declarant would have invested.'

Further, the new act provides that the tax recovery officer "can draw under his signature a statement of arrears of an assessee and it shall not be open to the assessee to dispute the correctness of any certificate drawn up by the officer on any ground whatsoever." This is perceived to be excessively discretionary.

The government's critics are not convinced that the new law will help bring black money back to the country.

On May 12, well-known lawyer and expelled BJP member of the Rajya Sabha Ram Jethmalani told a Supreme Court bench headed by Chief Justice H L Dattu: "I am suspecting wrong (has been done) by both the sides (meaning the UPA and NDA governments) and the fraud has been perpetuated by both the sides."

He said the new law should have a clause to ensure that all unclaimed money should be brought back to India.

The next day in the Rajya Sabha, he sarcastically described Jaitley as "the innocent finance minister" and claimed that the present government was no different from the previous one in "playing a trick" on the people of the country by claiming that black money would be brought back to the country.

The UPA government, Jethmalani pointed out, had merely signed the December 2003 United Nations Convention Against Corruption, not ratified it.

Jaitley responded to these allegations by saying: "Neither anyone of us nor they can claim that we are the only ones fighting black money and then fall in love with us for doing so…"

The finance minister added that his government had acted on the information received from France by raising tax demands totalling Rs 4,500 crore (Rs 45 billion) and launching 121 prosecution cases. He said: "Governments have their own methods of working."

Despite this display of bravado, there is a strong likelihood that the new law cannot, and will not, be effectively enforced. One reason for this is the ineptness of the country's investigative and enforcement agencies.

Scepticism on this score is further strengthened by the fact that India already has in place laws dealing with tax evasion and money laundering which are poorly enforced.

Such laws include the Prevention of Money Laundering Act, 2002, the Foreign Exchange and Management Act, 1999, and the Income Tax Act, 1961. Ironically, the stringent enforcement of these laws has been handicapped by the presence of loopholes.

For example, the use of "participatory notes" by foreign institutional investors (FIIs) in stock-market transactions often obfuscate or conceal the real source of funds coming into the country for purchase of shares and other financial instruments.

The government's track record of launching prosecutions and levying penalties on those violating PMLA and FEMA has been pretty abysmal.

The PMLA came into force with effect from July 1, 2005. The finance ministry's 'White Paper on Black Money' (tabled in Parliament on May 21, 2012) stated:

'The Directorate of Enforcement has so far registered 1,437 cases for investigation under the PMLA. During investigation, 22 persons were arrested and 131 provisional attachment orders issued in respect of properties valued at Rs 1,214 crore (Rs 12.14 billion). The Directorate has filed 38 prosecution complaints in PMLA-designated courts for the offence of money laundering.'

Another important aspect of illicit funds stashed abroad by Indians is the issue of beneficial ownership. All governments have pointed to the rules relating to secrecy and confidentiality of information.

Moreover, many bureaucrats lack the capability to lift the corporate veil and identify the real beneficiaries of transactions that often go through many no-tax or low-tax jurisdictions, better known as round-tripping of funds through a number of tax havens and also called "treaty shopping".

Serious apprehensions have been raised about the new law conferring powers on tax officials that could be misused. Bishwajit Bhattacharyya, former additional solicitor general of India, wrote in the DailyO: 'In one stroke it will scare away every person holding foreign assets (or earning) income, legitimate or not.

'Non-residents and foreign nationals will shy away from visiting India for an uncertain period lest they became residents and get caught in the web of law. The bill will scare away every person opening a foreign account abroad, even legitimately. International trade and international banking would be jolted. The bill may even dampen India’s investment climate.'

Congress MP Shashi Tharoor noted that the act "completely overlooks the very poor quality of tax administration in this country". He also raised "capacity issues, including a large number of vacancies in the Enforcement Directorate".

Tharoor added that the government missed its deadline of March 31 for prosecuting black money holders abroad under the Income Tax Act -- out of 427 actionable cases in the HSBC list, the Special Investigation Team (appointed by the Supreme Court) has prosecuted only 200.

Money that has been illegally kept abroad by Indians are unlikely to remain in the same place for long. Slush funds invariably move across jurisdictions rapidly and after "round tripping" are "laundered" or "whitewashed" by the time they return to India.

In order to bring back black money stashed abroad, it is important to identify and block the channels that facilitate the illicit flow of these funds. This is easier said than done.

After returning from the summit meeting of the Group of 20 (G20) countries in Australia in November, Prime Minister Modi wrote in a blog: 'India placed the issue of existence and repatriation of black money at the forefront of the world community...because this is an issue that does not selectively affect one nation... the menace of black money has the potential to destabilise world peace and harmony... black money also brings with it terrorism, money laundering and narcotics trade.'

The Indian government is expected to join the Multilateral Competent Authority Agreement on Automatic Exchange of Financial Account Information under the provisions of the US Foreign Account Tax Compliance Act. Also, the Global Automatic Information Exchange system will come into effect from 2017.

However, when asked by the Supreme Court to disclose the names of the account holders in the bank of Liechtenstein and HSBC to the SIT, Prime Minister Modi conceded that -- like the previous government -- his government could not disclose the names since there were confidentiality clauses in India's double taxation avoidance agreement with Germany.

In fact, the government pleaded that the Supreme Court review its order. Ironically, while in opposition, senior leaders of the BJP like L K Advani had bitterly criticised the erstwhile UPA government for having taken exactly the same position.

More recently, on April 6, at the annual session of the Confederation of Indian Industry, Jaitley said: "India needs a stable tax regime, not a tax haven... The taxes that are due must be paid".

However, FIIs from countries such as Singapore and Mauritius were exempted from payment of Minimum Alternative Tax (MAT) under the benefits of DTAAs.

After a ruling by a tax tribunal called the Authority on Advance Rulings (AAR), the department of revenue in the ministry of finance had sent notices to 68 foreign institutional investors for payment of dues totaling Rs 602.83 crore (Rs 6.03 billion) towards MAT.

The earlier estimate of over Rs 30,000 crore (Rs 300 billion) was drastically reduced after transactions routed through tax havens like Mauritius and Singapore were excluded.

It is far from clear whether the new law against Indians holding funds and assets outside the country in an illegal manner or the proposed new law on benami transactions will be effective.

There is much at stake in continuing with a system which is non-transparent. It will take some years before information on international financial flows, including illicit transactions, become more easily accessible to India's law enforcing authorities.

It will perhaps take even longer for our government officials to become proactive, more efficient, effective and, importantly, honest about going after those who surreptitiously take money out of India, some of which is laundered and brought back to the country.

We in India may be proficient while making laws but we are lax in enforcing them. This story is likely to be played out once again.