News
Business
Movies
Sports
Cricket
Get Ahead
Money Tips
Shopping
Sign in  |  Create a Rediffmail account
Rediff.com  » Business » Can we have waterless agriculture too Mr PM?

Can we have waterless agriculture too Mr PM?

We need a master plan to increase our water storage capacity, improve irrigation facilities and create water networks across the country that links the draught prone with those experiencing floods, writes M R Venkatesh.

Water is one crucial factor that sustains life on earth. Yet we take water for granted unless of course reminded of its importance by Bollywood actors celebrating waterless Holi. India is estimated to have a mere 4 per cent of global water resources, while it has to support 16 per cent of the world’s population. Merely by that equation India is water stressed if not water starved. 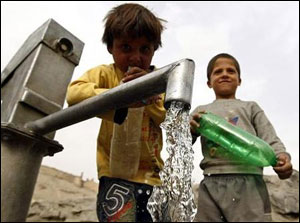 The annual precipitation of water in the country is estimated to be 4000 Billion Cubic Metres (BCM) of which three-fourth get precipitated during the monsoon season (June to September). Of this 4000 BCM, it is estimated that approximately 1120 BCM are only utilisable. That in turn adds to the stress.

When rains fail, this situation gets compounded. For instance, the rainfall in 2009 in India was a mere 78 per cent of the long-term average rainfall. A 22 per cent shortfall is disastrous in such a situation. Co-incidentally the UPA under Manmohan Singh was re-elected only in May 2009. Was Mother Nature warning us?

Similarly in 2012 we faced “drought like” situations in several parts of India as rainfall was 92 per cent of the long-term average. This brings in another dimension to our water crisis. When it rains, it pours during the monsoon. For instance in 2012 nearly 58 per cent districts recorded excess rain causing flood (the balance 42 per cent face moderate to severe shortfall).

It is in this connection that the National Water Policy notes that the availability of water is highly uneven in both space and time. Precipitation is confined to only about three or four months in a year and varies from 100 mm in the western parts of Rajasthan to over 10,000 mm at Cherrapunji in Meghalaya.

No wonder India alternates between floods in some part and drought in other. The challenge is to link the two.

Dream remained as one

That takes me to the Budget of 2004-05 where finance minister P Chidambaram said, “I now turn to one of my big dreams. Water is the lifeline of civilidation. We have been warned that the biggest crisis that the world will face in the 21st century will be the crisis of water.”

And his response to this “crisis?” “I therefore propose an ambitious scheme. Through the ages, Indian agriculture has been sustained by natural and man-made water bodies such as lakes, tanks, ponds and similar structures. It has been estimated that there are more than a million such structures and about 500,000 are used for irrigation. Many of them have fallen into disuse. Many of them have accumulated silt. Many require urgent repairs.”

Absolutely spot on I thought.

In fact his proposal captured the imagination of the entire nation then. Proposing to launch “a massive scheme to repair, renovate and restore all the water bodies that are directly linked to agriculture” the FM sought to begin “with pilot projects in at least five districts” - one district in each of the five regions of the country.

And once the pilot projects were completed and validated, the government was to “launch the National Water Resources Development Project and complete it over a period of 7 to 10 years.”

In conclusion, the FM added “It is my hope that by the beginning of the next decade all water bodies in India will be restored to their original glory and that the storage capacity of these water bodies will be augmented by at least 100 per cent.”

Once again in his Budget speech of 2005-06 the FM visited the subject albeit briefly. The zest that was palpable the previous year was missing. The grand announcement of July 2004 for a pilot project when the Budget was presented was still on the drawing board and expected to be “launched in the month of March 2005.”

That was the last time I heard of the FM speak of his “big dream.” The promise made almost a decade ago on the floor of the Parliament on augmenting the storage capacity of water bodies “by at-least 100 per cent” remains unfulfilled even to this day. So much for government’s concern for farmers, agriculture and creating basic rural infrastructure!

Now to the second leg of the water problem - the need for irrigation facility as delivery mechanism.

Once again the FM was spot on with his diagnosis. “The Accelerated Irrigation Benefit Programme (AIBP) was introduced in 1996-97 and was allotted large funds year after year. Yet, out of 178 large and medium irrigation projects that were identified, only 28 have been completed.”

Well did the government re-structure AIBP? The answer lies in the Budget speech of Mr Pranab Mukherjee of 2012 where he adds, “To maximise the flow of benefits from investments in irrigation projects, structural changes in AIBP are being made.”

Readers may note the change in semantics: “restructure AIBP” of 2005 had become “structural changes in AIBP” by 2012!

Despite all the bluster of the FM in his Budget, the fact remains that the irrigated land as a percentage to total agricultural land in India has improved marginally between 31.6 per cent in 2004 to approximately 37 per cent in 2011. This eloquently captures the neglect of irrigation in India by UPA to this date.

It is in this connection that a target of creating an additional “irrigation potential” of 10 million hectares (mha) between 2005-06 and 2008-09 was fixed. Interestingly, data with the ministry of water resources claim that the government “achieved” a physical target of 7.3 mha.

How much of this was "actually" achieved and resulted in improving farm production is anybody’s guess.

Yet till 2012 since its inception in 1996 the AIBP has an outlay in excess of Rs 55,000 crores either as central grant or loans. While the sums do indeed look massive the fact remains the overall accretion to agriculture lands under irrigation has not improved significantly.

Pointing to this anomaly Harish Damodaran in a well-researched article in The Hindu Business Line pointed out (March 6, 2007) despite the Centre spending a total of Rs 20,598.48 crore (Rs 205.98 billion) under the AIBP, with the states releasing an additional Rs 15,000 crore (Rs 150 billion) or so since its inception in 1996.

So how much of new “irrigation potential” has been created under the AIBP? According to Harish Damodaran, “The cumulative figure from 1995-96 to 2005-06 comes to 4.04 mha, with another 0.9 mha estimated to be created this fiscal. All that adds to some five mha over a 11-year span.”

While the physical accretion is minimal the amount spent on AIBP is indeed gargantuan. It is in this connection the Comptroller and Auditor General of India (CAG) in its Report No. 15 of 2004 (Civil) commented among other things, it noted that over 35 of the expenditures under AIBP were “diverted, parked or mis-utilised.”

In short, as the joke goes amongst economists, AIBP is neither accelerated nor does it benefit farmers. At best it is yet another avenue for loot and scoot.

That explains why states like Maharashtra despite having several such irrigation schemes, funded both by the state and central government, is perennially water starved. And that would include Rajasthan, Tamil Nadu, Karnataka and Orissa amongst others.

This in turn leads to farm stress and resultant suicides which in turn trigger another round of committees, reports, schemes, programs and once again loot.

It may be noted that India is experiencing its fourth drought in a dozen years. Needless to emphasise, this raises concerns about the reliability of the country’s primary source of fresh water, the monsoon rains. Scientists warn that such trends are likely to intensify in the coming decades because of climate changes caused by the human release of greenhouse gases.

India with large sections of poor is extremely vulnerable to such weather patterns.

We need huge quantities of food to feed our population. For that we require water. So would our industry which is expected to grow exponentially. Weather patterns show remarkable departure from the past - if it is drought in one part of the country we will have floods. Either way it is a disaster.

Ideally we need a master plan to increase our water storage capacity, improve irrigation facilities and create water networks across the country that links the draught prone with those experiencing floods. Unfortunately the decade of UPA rule, like so many other spheres been a disaster on water management too. 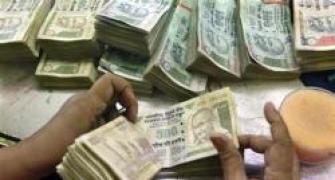 India tightens limits on foreign investment in T-bills
Suspend sentences of Sanjay, Zaibunnisa: Katju to Prez
If you've nothing to hide, appear before JPC: BJP to PM