News
Business
Movies
Sports
Cricket
Get Ahead
Money Tips
Shopping
Sign in  |  Create a Rediffmail account
Rediff.com  » Business » Many reasons why a rate cut may not be feasible

Many reasons why a rate cut may not be feasible

The public sector banks are not in a position to cut rates because of their weak balance sheets and massive portfolios of non-performing assets, says Devangshu Datta. 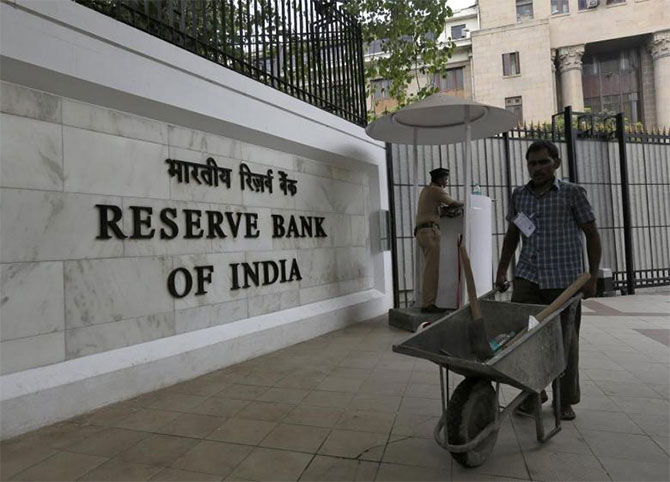 The commerce minister recently said that she wished the Reserve Bank of India (RBI) would cut rates for small and medium enterprises by around 200 basis points. This magnitude of cuts is not going to happen, and the minister was well aware of that. But, she was batting for her constituency when she said current cost of capital is very high.

She is one of several people in this government who, right or wrong, believe that interest rates should reduce. Since the new rate-setting mechanism involves decisions by a Monetary Policy Committee (MPC), the direct political influence on rate-setting has increased. So, there may be a policy rate cut at the next RBI Policy Review on October 4, 2016, if sufficient pressure builds up on the MPC.

A policy rate cut if it happens, might not however, be transmitted through the banking system to affect commercial rates. In fact, RBI has cut the policy rate by 150 basis points over the last 20 months. It has also tightened the band between policy rates, the repo and the reverse repo.

But, banks have not cut commercial rates in commensurate fashion. The public sector banks are not in a position to cut rates because of their weak balance sheets and massive portfolios of non-performing assets (NPAs).

The private sector banks see no competitive necessity to cut rates until the public-sector banks do, since public sector banks are responsible for over 70 per cent of bank credit. The first quarter results make it clear that banks are struggling and the owner, meaning the government, must brace for big bailouts.

In other ways, lower rates don't seem advisable anyhow. There are some major areas, which would be affected by rate cuts. One is the profitability of banks and the soundness of balance sheets. Lower commercial rates could indeed help to grow credit volumes (which are extremely low) and therefore, lead to a revival in business activity.

But, greater credit volumes at lower interest rates could also lead to more NPAs and that would put additional stress on the banking system. So, cutting rates would be a gamble, could the system withstand more NPAs if activity did not go up as envisaged?

The second variable affected by lower interest rates is inflation. Inflation is rising and close to the top-end of stated tolerance levels. While a large proportion of the current inflation is contributed by food, which is not amenable to interest rate manipulation, falling interest rates could add to an inflationary trend by pushing up “core” inflation.

On the other hand, if a good monsoon leads to lower food prices, cutting rates may be a worthwhile gamble. By October 4, RBI would only have August prices to work with, which doesn't help much in judging post-monsoon price trends.

In any case, if GDP growth is at 7.5 per cent, why are rate cuts required? The new GDP calculation system supposedly reflects corporate earnings accurately. Surely earnings in small and medium enterprises must be excellent to sustain expectations of 7.5 real GDP growth.

The last factor. RBI will be reversing up to $34 billion worth of swaps between September and December 2016. If it has to do this in the face of a rate hike by the US Federal Reserve, the rupee will face pressure. If RBI cuts policy rates too, that pressure would intensify. A lower rupee may not be a bad thing.

But, where does RBI think the rupee should be and how fast does it want depreciation? And, where does the commerce ministry want the rupee? The answers to those questions would be interesting.