To do so, the government will have to tackle a number of broad development challenges successfully, says Shankar Acharya. 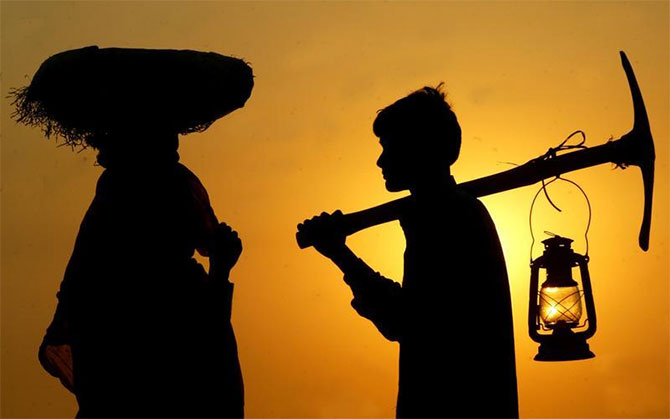 Ever since the Second Advanced Estimates of National Income for 2016-17 were released at end-February, projecting gross domestic product (GDP) growth of 7.1 per cent, there have been numerous statements by government spokesmen pointing to the limited adverse impact of demonetisation and confidently expecting GDP growth in the order of 7.5 per cent or higher in 2017-18.

There has also been a subtext that the Indian economy is back on a sustainable, medium-term growth path of 7-8 per cent. Is this really so?

Several analysts (such as Sudipto Mundle in Mint, March 17, 2017 and Indira Rajaraman in Mint, April 7, 2017) have pointed out that in the early assessments of national income by the Central Statistical Organisation (CSO), the estimates of gross value added (GVA) at basic prices, built up from the sectoral side, are substantially more reliable than those of GDP at market prices from the side of broad expenditure categories.

Furthermore, if one separates out the sectors relatively insensitive to demonetisation (such as agriculture, utilities and public services) and focuses on those sectors (industry and other services) where the impact of demonetisation was expected to be significant, then even the official data show marked slowdown of value-added growth.

Furthermore, the CSO’s Advanced Estimates use very little actual data on India’s informal or unorganised sector, relying instead on proxies from the organised sector.

This standard methodology may be particularly vulnerable when all available “anecdotal” information indicates that the tremendous cash squeeze exerted by demonetisation in the November 2016-February 2017 period had a disproportionate negative impact on unorganised trade, industry and services.

To allow for this possible weakness in the CSO estimates, Dr Mundle uses a “leading indicators model” (relying heavily on trends on non-food bank credit) to separately estimate GVA growth in 2016-17 at 6.1 per cent. Over the next year or so, the CSO’s estimates for 2016-17 will get revised, several times. Only then will we know how close was Dr Mundle’s estimate to the “final” CSO estimate.

The point of all this is to acknowledge that India’s economic growth (in GVA terms) in 2016-17 was very likely to have been significantly below 7 per cent. With the process of “remonetisation” largely complete by mid-April, a rebound in economic growth to 7 per cent or higher is quite possible in 2017-18. The real issue is, can 7-8 per cent growth be sustained in the medium-term, say, over the coming five years?

That looks increasingly difficult, given legacy problems and recent trends and developments:

A major deterrent to investment has been the growing “twin balance sheet” problems of highly stressed public sector bank asset portfolios and overly leveraged borrower companies. Despite some initiatives and much discussion, a broadly viable framework for resolution has remained elusive.

Another has been post-2009 history of high fiscal and revenue deficits (central and state governments combined), which have preempted private financial savings to fund government borrowing, reduced public savings, and made prudent monetary policy difficult. Modest reductions in central government fiscal deficits over the past three years have been largely negated by rising deficits of state governments.

The recent announcement by the new Uttar Pradesh (UP) government of a hefty Rs 37,000 crore(Rs 370 billion) farm loan waiver programme will weaken both the financial system and governmental efforts towards fiscal consolidation, especially if other states emulate such action. Reserve Bank of India Governor Urjit Patel has been forthright in criticising the UP loan waiver announcement for undermining the credit culture and discipline and weakening state and national fiscal health.

If similar actions are taken by other states as part of competitive populist politics, overall fiscal deficits will rise inexorably, priority development programmes will suffer, interest rates will go up and growth will weaken. Governor Patel has rightly pleaded for a consensus against such general loan waivers.

The ramping up of actions against bovine slaughterhouses in UP and other states have also hit major employment-intensive industries of meat-processing and leather, both of which also make significant contributions to national exports. Kirit Parikh has pointed out (Times of India, April 10, 2017) that a nation-wide ban on cow slaughter could seriously damage the economic viability of the dairy industry.

He goes so far as to argue, “The ban on cow slaughter will result in a ban on cows. They may disappear from India.”

Judicial decisions have also taken their toll of economic activity. For example, the recent ban on liquor sales near highways could have major adverse consequences for the hospitality and tourism industries.

The CEO of NITI Aayog has tweeted that a million jobs could be hit. State revenues would also suffer, worsening an already weak condition of state finances.

For 7 per cent plus economic growth to be sustained in future, export performance has to improve markedly. That does not look imminent, given global economic conditions and the current over-valuation of the rupee.

To sum up, for India to achieve 7-8 per cent economic growth over the medium-term, the government will have to tackle successfully a broad range of development challenges.