Silicon Valley is at the heart of the transformation of the global economy -- which has both winners and losers, writes Ajit Balakrishnan. 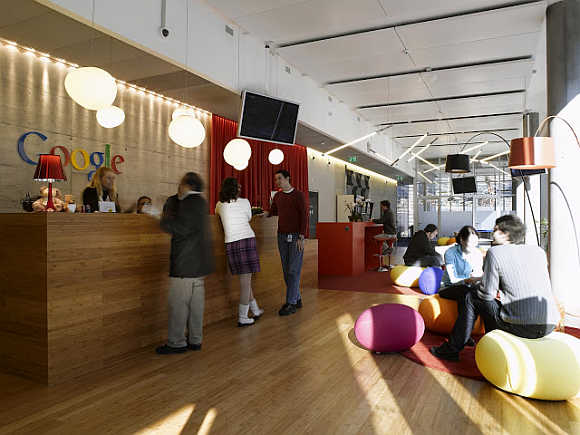 Image: While the rest of the world slides into recessionary conditions, San Francisco and its neighbourhood shows no such trends. Photograph, courtesy: Google

Look at these small houses, minimum one mil, maybe 1.5mil," said the taxi driver to me -- barely able to conceal his disgust -- as he ferried me yesterday from Menlo Park in the heart of Silicon Valley to my hotel in downtown San Francisco.

"This area was where working class people lived," he continued, "but now engineers at Google and Yahoo live there!"

"These engineers are also 'working class' people. I mean they are not the idle rich, they also work very hard," I murmured.

"They are only in their 20s, buying these million-dollar houses from their stock options," he shouted at the top of his voice.

I was starting to get worried; as my taxi driver got into his stride, he was taking his attention away from the cars swirling around ours. I could understand where he was coming from.

He was in his late 50s, driving a cab in San Francisco (not for Uber -- we will get to his views on Uber shortly) and making barely enough to make ends meet.

While the rest of the world slides into recessionary conditions, San Francisco and its neighbourhood show no such trends.

Many observers attribute this to the local innovation engine, Stanford University.

A recent study by two professors there, Charles Easy and William Miller, says that Stanford alumni and faculty have created 39,900 companies which have generated world revenues of $2.7 trillion annually and have created 5.4 million jobs since the 1930s; if gathered collectively into an independent nation, they would constitute the world's 10th largest economy.

But then, Stanford does not act alone. Professor Rebecca Lowen is the one who drew our attention to how the phenomenon called Stanford University came to be, in her book Creating the Cold War University: The Transformation of Stanford.

She believes that it was the administrators at Stanford who, driven by the need for prestige and money, made that university so dependent on military patronage in the post-World War II period.

In a larger frame, all this outburst of entrepreneurship in Silicon Valley (and in America) happens under the benign gaze of US government policy, something which did not get discussed much until Marianna Mazucato's recent book, The Entrepreneurial State.

Her decomposition of the industry-changing technologies that drive Apple's iPhone is illustrative of the role of the US government's defence research and the technologies that were derived from it: the microprocessor chip, the liquid crystal display, the lithium-ion battery, the multi-touch screen, the GPS system that is used for satellite-based location finding -- not to mention the internet and cellular phone technologies themselves.

How is it that other countries are not able to reap such extraordinary commercial returns as the United States has?

Some of it is the scale of the spending itself, with the United States defence budget adding up to more than that of the next seven countries.

The second -- and this is important -- such defence contracts are sub-contracted to private sector firms and universities.

This contrasts sharply with, for example, India, where such spending is allocated to the government's own labs.

John Steinbeck's 1939 novel The Grapes of Wrath also has a Silicon Valley connection. It is the story of the Joad family, whose farm is foreclosed by bankers in drought-ridden Oklahoma.

We follow them as they struggle, their jalopy piled high with mattresses and pots and pans, through Texas, New Mexico, and Arizona and cross the Mojave Desert to get to the land of their dreams, California.

They work as fruit-pickers (or landless labourers, as we call them in India).

The Joad family's odyssey ends in California, in the Santa Clara Valley, which in the 1930s was full of fruit farms.

In the next turn of the industrial evolution wheel, these very fruit farms that gave sustenance to the Joads were flattened and converted into industrial parks to house the technology companies that sprouted with the commercial production of computer chips by Intel and the subsequent onset first of personal computers and then of the World Wide Web.

Towards the end of my drive and with my hotel safely in sight, I gathered up my courage to ask my taxi driver, "What do you think of Uber?"

"There are only a couple of thousand independent taxi drivers like me left in San Francisco," he said, in a resigned voice. "Uber has, on its own, 15,000 taxis in San Francisco, not to mention Uber's competitors."

As the taxi pulled into the entrance of my hotel, my driver, like many old-style entrepreneurs, treated me to an outburst about all the taxes he has had to pay and ended the outburst with a smile when I asked him whether he would like to be paid in cash for my fare rather than with a credit card.

I guess if The Grapes of Wrath talked about the consolidation of farms as farming transformed itself from small holdings to large scale, my taxi driver's wrath is probably about the transformation from the industrial age, where industrial workers could think of themselves as "middle class", to the Information Age, where they struggle...

Ajit Balakrishnan is the author of The Wave Rider, A Chronicle of the Information Age. You can reach him at ajitb@rediffmail.com 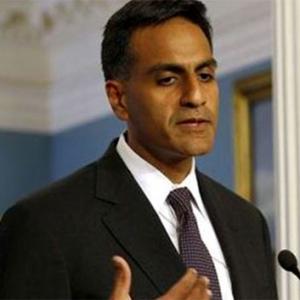 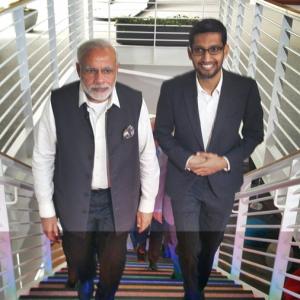