Consume or Kill? Save or Spend? 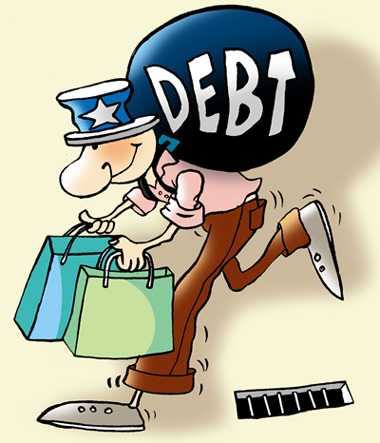 'Spend within your means and save some,' taught to us by our grandmothers, is still valid and wise, feels B S Prakash.
Illustration: Uttam Ghosh

Because of some faith in simple common sense, I recently lost a bet with an American diplomat. Here is what happened.

We had been often discussing the economic trends in these turbulent times. I used to tease him, a good friend, about the seemingly sad state of the US economy, the banking crisis, the staggering debt, the unemployment and the general gloom and doom.

"You Americans soon will become frugal", I said and "be satisfied with one home, two cars and three TVs!" He generally agreed with all that I was saying but kept insisting with a grin that I was overestimating the average American's rationality.

An American is an unstoppable buyer and will shop till the economy drops, which it already has in many ways, he said laconically.

"Let us see what happens this Xmas season and on Black Friday," he said.

"Americans cannot be that stupid. Everyone knows that there is no money and belt tightening is inevitable. Xmas shopping will see a dip and decline," I prophesied and we took a bet.

I had come to learn about Black Friday in the US and even wrote on Rediff.com, five years ago, before the economic meltdown of 2008 and the recession thereafter.

Unlike other countries that have 'black' days to mourn a terrible tragedy like a terrorist attack, the American Black Friday is celebratory: The day after Thanksgiving, it heralds the beginning of the Xmas shopping season and is the Friday in November when all big stores start their massive discount sales.

It is called 'black' because the stores on that day have their largest sales for the whole year, make huge amounts and hence their accounts go black instead of red, an accounting terminology to show profits instead of loss. The stores open at midnight on that day and crowds throng outside restless and impatient to rush inside and lay their hands on the products at discount.

It is a quintessentially American ritual comparable to a commercial version of the Kumbh Mela, surging crowds, pushing and shoving, immersion in the sea of objects and finally the ecstasy after buying the new Samsung plasma TV for $698 instead of its normal price at $1,098!

November 24 arrived, this year's Black Friday. As it progressed the media promptly reported that a woman shopper in Los Angeles had used pepper spray to hurt and harm over twenty shoppers at the local Wal-Mart, that ultimate Mecca for the devotees of consumerism.

Pepper spray, in case you do not know, is a product, that comes in a small can which some women keep in their purse to ward off unwanted attention or even worse, physical attacks. Say, a young girl is traveling alone in the metro at a late hour and fears molestation by a gang of rough necks. She is taught to take out her spray and use it on the eyes and face of her tormentors. It is non-lethal, but will hurt.

In this case, who was the woman and why had she opened it at the Wal-Mart?

A manifestation of rage against capitalism and crass consumerism?

A show of repugnance at the profligate shoppers in this climate of cash strapped crisis?

These were my initial thoughts.

My instincts about Americans worrying about spending was right, I thought.

Had we not seen thousands of protestors in 'Occupy Wall Street', demonstrating against fat bankers with obscene bonuses and the immorality of the hedge fund managers?

Had they not been camping and registering their revulsion at the very heart of American corporate HQ?

Next to Wall Street, was Wal-Mart a symbol of excess?

But, no. Apparently this was not the reason for the use of the pepper spray. Soon the reports amplified that she was using the spray, that harmful substance, to chase away other shoppers in the queue before her.

Her worry was that they would reach the discounted wares in the Wal-Mart, would have better chances of walking away with the new X-box gizmo that she was hell bent on buying her son or the Lady Gaga perfume for herself, unless she frightened them away.

Hence the use of the weapon, ready to almost kill to consummate her desire. She was showing a new level of desperation and depravity in her shopping. My friend had been vindicated and collected his winnings.

My small monetary loss, but more importantly loss of face set me thinking.

What drives people to such craziness and greed, I wondered. Can shopping become such an addiction; the allure of a brand so compelling a passion? I recalled other famous instances of 'brand' induced criminality.

In the eighties Michael Jordan was the biggest sporting hero in the US and as the pre-eminent basketball player was endorsing Nike. The sport shoes 'Air Jordan' brought out by Nike in 1985 became so aspirational an object, especially for African-American kids that some walking with it were mugged in parts of New York for robbing their shoes.

The police used to motives like money, love, race, or revenge in urban violence had to learn about a different kind of motive: The killer instinct for branded footwear.

This year what was alarming were the gleeful reports by corporate America about the success of pre-Xmas marketing, despite the colossal American debt, of both individuals and the nation. It was reported with satisfaction that there was a slight upward tick for the first time in the market since 1998, the year of the economic meltdown.

The total sales on Black Friday was estimated at over $10 billion.

This is not the place for serious analysis of the phenomenon of consumption against the larger economic reality. In any case, one can hardly open a newspaper or a magazine these days without coming upon reams of commentary about the global fiscal difficulties.

But I was struck by one point: The public are being told to consume more, even in China and India. A part of the global problem is being attributed to the saving patterns of people in Asia and we are being told that greater demand and consumption in BRIC countries can help ease the pain of the developed world. Satisfaction is also expressed at the kind of market stimulus shown by our pepper-spray woman.

Is this rational? Some simple numbers are illustrative: The average rate of savings in China is 38 per cent, in India 35 per cent, in the happy-go-lucky Brazil 7 per cent and in the US around 3 per cent.

I am not an economist, but expert economists have done enough harm. The conventional maxims 'Spend within your means and save some,' 'Learn the difference between need and greed' taught to us by our grandmothers seems still valid and wise.

But with all the malls and shops around us, will we too be crowding the aisles next Diwali to lay hands on the irresistible discount offer?

You can read other columns by Ambassador Prakash here 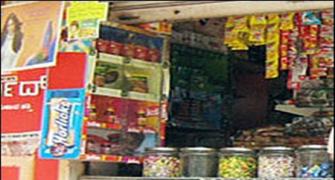 Would you go for Walmart or 'Agarwalmart'? 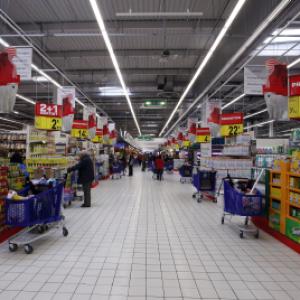 Indian retail kings around the world! 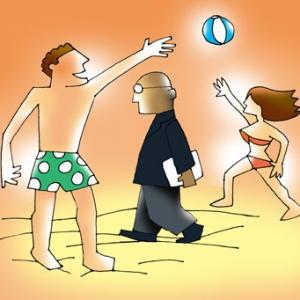