If payments are being made to the steel ministry officials and its PSUs under the CMD account, it is not difficult for any investigator to decipher the identity of 'VBS'.

News items appearing in the media have highlighted the fact that the Income Tax department raided a steel manufacturing company and accounts of certain payments made by it to different departments of the government and individuals have been reflected therein. 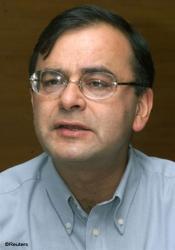 A news item appearing in the leading national daily has highlighted the most disturbing entry namely the amount Central Bureau of Investigation and  Enforcemnet Directorate spend on staff.  There are details of five different payments made to an entity referred to as 'VBS' during the period 2009-10. Who is this VBS? Were the payments made to VBS political?

The then Minister of Steel, Virbhadra Singh has denied that the entry 'VBS' refers to him. He has alleged that he writes his initials as 'VS' and not 'VBS'. He has pleaded ignorance about this entry and alleged that BJP could be behind this exposure.

The Congress party has jumped to the defence of the purported 'VBS' by stating that a diary is not admissible evidence.They have cited the judgment of the Supreme Court in the infamous Jain Hawala case. The judgment in the Jain Hawala case has no bearing on this case. My reasoning:

Section 10 of the Evidence deals with this situation. The judgment of the Supreme Court in the Jain Hawala case approves the principle that there must be (a) a reason to believe that two or more people have conspired to commit an offence; (b) there must be anything said or written by anyone of them; and (c) It must be in reference to the common intention.

If these conditions are satisfied an admission by a conspirator is admissible evidence against the other co-conspirators.Admittedly, there is an admission in writing. During the one-year period during which five payments were made, an act of bribery took place, the entries were made in the accounts and so were admissions (entry in the accounts) made during the execution of the conspiracy.

The applicability of Section 10 was over-ruled in the Jain Hawala case because admissions in writing were made at a post conspiracy stage where Section 10 does not apply. Here the situation is different. The admissions are made during the conspiracy period of almost one year.


Can the CBI investigate this matter?

This case obviously cannot be investigated by the CBI. The diaries contain an entry of expenses spent by the corporate group on CBI and ED. This is a fit case where the legal process has to be set into motion and be referred to Special Investigation Team (SIT) consisting of officers of unquestionable integrity.

If payments are being made to the steel ministry officials and its PSUs under the CMD account, it is not difficult for any investigator to decipher the identity of 'VBS'. Section 114 of the Evidence Act permits the presumption about the existence of a fact, which it thinks likely to have happened, regard being had to the common course of natural events, public and private business.

These accounts have been in possession of the Income Tax authorities for the past 22 months. Obviously the CBDT, the revenue secretary and the finance ministry must have been aware of this.

Any public servant who has suppressed facts relating to the commission of an offence, himself is culpable and liable for dereliction of duty. It is obvious that the government tried to conceal this fact. Truth is difficult to be suppressed; it leaks itself out.

What is the prime minister going to do now? Is he going to add to the environment of negativity by looking the other way and ignore facts? Were these facts known to him and the Congress president when they took certain decisions with regard to the Congress party's organisational changes in Himachal Pradesh? Their silence will reflect on their condonation of corruption. 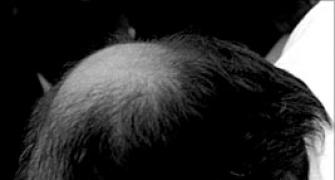 How YOU can save up for your child's education
SC notice to Centre, Odisha on coal allocation in 2003 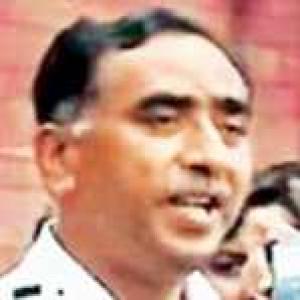 Intense lobbying on as race for CBI chief's post begins