M R Venkatesh tells us why the UPA under the leadership of Dr Manmohan Singh is akin to a terminally ill patient on a ventilator.

Just as a business requires money, men, management, material, markets and technology, a country too requires all these for its development. But the credibility of the entrepreneur is the most crucial ingredient in the entire matrix. In the absence of credibility, all other elements are irrelevent. What is true for an individual, is equally true of a country. 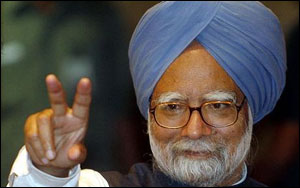 The latest growth data released by the government seems to suggest that we would possibly end this year with less than 5 per cent growth for 2012-13. Interestingly, the managers of the economy with the United Progressive Alliance (UPA) government entirely blame the global economic slowdown for this dismal performance of our economy. In the process, little do they realize the impact of loss of credibility of UPA government on Indian economy.

Before we proceed any further, let us, at the outset, examine the building blocks of economic growth for the current fiscal viz., 2012-13. For starters, the area sown under the Kharif crop was  approximately a million hectares less in case of paddy, three millions in case of coarse grains and a whopping two million in case of pulses and a further million in case of oilseeds as compared to last year. As per initial estimates, Kharif food grains output  is expected to be down by seven million tons.

At a superficial level all these statistics are never bound to titillate a normal reader. However, this has profound implications on food inflation. Just as I pen this, my mother tells me that the price of a 25 KG bag of rice has shot from less than Rs 1,000 to well in excess of Rs 1,200 in just four months. Obviously, a lower farm output is sure to be a trigger for supply side constraints and therefore cause higher inflation.

If Agriculture and related farm production is one half of the problem, industrial production is a cause of greater worry. The Index of Iindustrial Preduction (IIP) tells a dismal story. The growth in IIP index between April-November 2012 was a mere 1 per cent. Surely, nothing spectacular is expected in the balance four months of the current fiscal. That implies farm sector (comprising 14 per cent of the GDP) may grow at best by 1 per cent and Industry (comprising 27 per cent of the GDP) at 1 per cent.

Put together, both agriculture and industry should at best contribute 0.5 per cent to the overall GDP growth.

As services (comprising the balance 59 per cent of the GDP) grew at a fraction less than 7 per cent in the first half of the current year and is also expected to continue to grow more or less at the same rate in second half too, at this point in time, even a 5% growth in GDP looks to be doubtful.

The Advance Estimate Data released by the Government on 7th February 2013 also corroborates this viewpoint. Interestingly, the IMF in its latest report has predicted 4.5 per cent growth for India this year. 4.5 per cent, 5 per cent or 5.5 per cent, does that matter?

A looming crisis - Internal and Extenal

It does. A slow down of the Indian economy per se has profound implications for the revenues of the government. Decades of fiscal indicipline by our Government has taken its toll on the finances of our government. On a Budget of Rs 15 lakh crore for 2012-13, just three major head of expenditure - interest [Rs 3.2 lakh crore], subsidies [Rs 1.9 lakh crore] and defense [Rs 1.9 lakh crore] agregating to Rs 7 lakh crore - overwhelmingly dominate.

That leaves very little for development expenses - so crucial for breaking the vicious cycle of poverty. Obviously, the only way to break this is to increase revenue and spend purposefully. That makes economic slowdown with a concomittant slackness in revenue collections painful in the Indian context.

A perusal of the data for the first eight month period between April and November 2012  demonstrates that the revenues are a mere 50 per cent of budgeted figures while Revenue deficit is already 91 per cent and Fiscal deficit 86 per cent of the Budget. Forget defense expenditure - the holy cow, continued refusal of UPA government to tackle the subsidy conundrum is hitting us hard.

In short, we are well on track to exceed the budgeted Revenue deficit of 3.4 per cent and Fiscal deficit of 5.1 per cent. This in turn implies that Budget for 2013-14 will be handicapped by a larger borrowing and consequently higher interest outgo.

There is yet another dimension to this crisis - the external sector. The cumulative growth of exports fell by 6 per cent (imports too fell by 1.5 per cent indicating a serious slowdown in the economiy) during April-November 2012 when compared to a similar period last year. In dollar terms the current account deficit (CAD) for the first nine months of this fiscal was close to USD 150 billions.

Tentative date released for the second quarter of 2012-13 suggests that the CAD to be a whopping 5.3 per cent of the GDP. With a global economic crisis looming large - our exports of services so vital to bridge our gargantuan trade deficit along with capital flows will increasingly come under further stress.

Naturally, analysts are predicting an abrupt depreciation of the rupee to about seventy to a dollar. This in turn will makes imports especially fuel costlier and trigger another bout of inflation.

Despite torrents of reforms announced by our government recently, the promised foreign investments have not materialized. We are running out of foreign exchange. Hence, we are compelled to borrow. The latest data released by the goverrnment indiacte India’s net International Investment Position has been on a consequential downward spiral. Remember, this is the net foreign liability (foreign liability net of foreign assets) we owe to the rest of the world.

Recent data shows this liability, jumped from $224 billion at the end of June to $272 billion by the end of September - a massive increase of $48 billion in just three months! Surely, we are hurtling towards an economic disaster.

But what about business sentiments?

What adds to the present conundrum is the decision of the Hon'ble Supreme Court on the 2G specturm scam where contracts with the government got annulled on account of fraud, forgery and breach of trust. It may be recalled thatexactly a year ago in the first week of February 2012 that the apex Court had stuck down the 122 telecom licenses.

What is the guarantee that any contract entered into in India even today with the government will not be struck by the courts in future? Where is the assurance even now that when a cabinet minister acts in a malefide manner, the Prime Minister or better still the system will intervene and set things right? Where is the evidence that any contract with the government will see logical conclusion? One year since the landmark judgement, things have not changed.

Attempts of the UPA Government to deal with 2G spectrum scam and its fallout clearly indicates that like the Bourbons of France, we have learnt nothing; we have forgotten nothing.

What global investors want to know is whether we have improved our systems governance so as to prevent the recurrence of such events in future. Sadly, the answer to that question is a big NO.  Remember, punishment to those connected with the 2G spectrum scam is irrelevant to potential investors.

Needless to emphasise, there is a crucial difference in tackling the economic crisis this time around - we have to first fix the loss of credibility in the governence system (and by extension the country) before we proceed further. Surely a tall order. How will the world have confidence in us when the 2G scam was unfolding in broad day light for over six months, the Prime Minister, Finance Minister and other senior officials of the country were not even in the know of the scam? Will the economic managers of the UPA answer this question please?

Remember, we are not even talking of preventing the scam here. It is this complete denial of even the knowledge of the scam by the Prime Minister onwards that has hurt India very badly. And if they did have knowledge, the whole world wants to know what they did to remedy the situation? These questions will continue to haunt the Indian economy in future too.

Does the UPA economic managers and the Prime Minister realise this fundamental issue? WIll they at least now stop blaming the global economic slowdown? Do they realise that the loss of credibility of the Prime Minister, no less, is hurting the Indian economy badly? The ghosts of 2G spectrum scam continues to haunt us even today.

The Author is a Chennai-based Chartered Accountant. He can be contacted at mrv@mrv.net.in 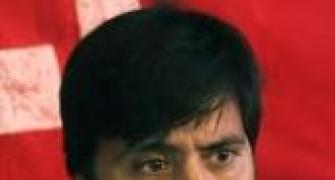 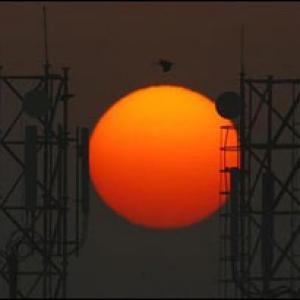 Lessons from the Vishwaroopam imbroglio