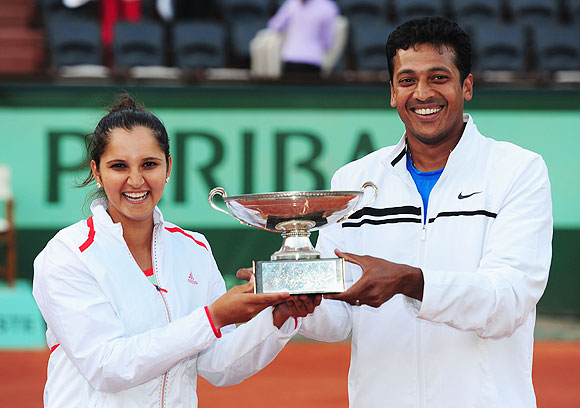 Mahesh Bhupathi celebrated his 38th birthday in style. He and Sania Mirza captured their second mixed doubles title together, beating Klaudia Jans-Ignacik and Santiago Gozalez 7-6, 6-1 in the French Open final on Thursday.

Mirza-Bhupathi fought back from a break down in the opening set to beat the Polish-Mexican partnership after Jans-Ignacik smacked a backhand wide on match-point.

Seventh seeds Mirza-Bhupathi, who added the clay title to the Australian Open crown they won in 2009, were left bemused at the end when they were handed wrong silverware by mistake. 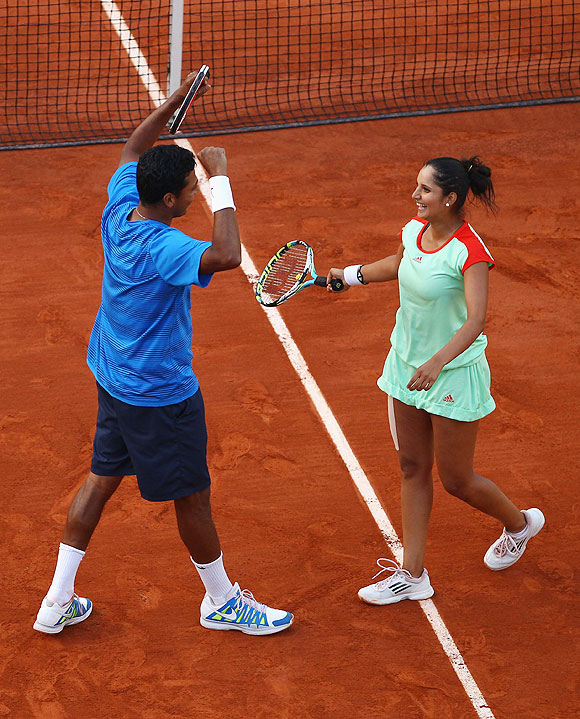 "I want to thank my partner, who is one of the best doubles players in the world, and I'm lucky to play with him," Mirza told the sparse crowd on Philippe Chatrier Court.

"Last year I was a runner-up in the women's doubles, so I'm delighted to finally get a Roland Garros trophy.

"It is my partner's birthday today, so now I don't have to think of a gift to give him," Mirza added, as the fans burst into an impromptu rendition of Happy Birthday. 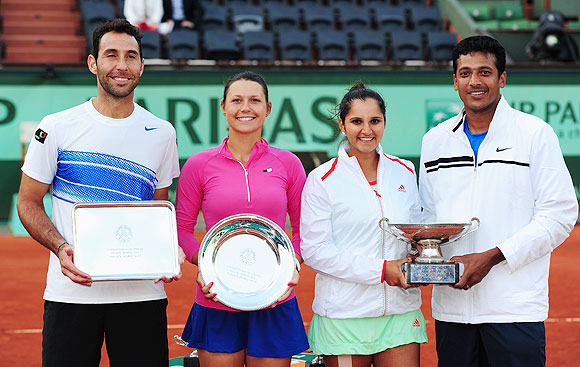 Playing their third Grand Slam final together, the seventh seeded Indian pair demolished the Polish-Mexican pair in an hour and 13 minutes.

It is second career Grand Slam title for Sania and the 12th major trophy for Bhupathi, who now has won eight from mixed doubles.

Sania and Bhupathi won the 2009 Australia Open, and it is their first Grand Slam title since then.

Sania became the first woman tennis player from India to win a Grand Slam with that Australian Open title.

Leander Paes is the most successful Indian tennis player with 13 Grand Slam titles, seven of which are men's doubles with various partners.

Bhupathi-Sania had a shaky start 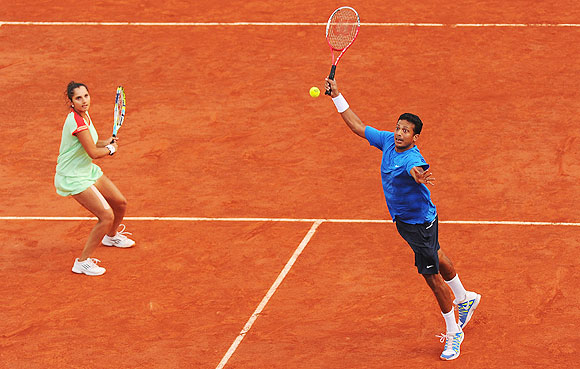 In Thursday's final, the Indians were slow off the blocks, their opponents dominating the proceedings early on. But they raised the level of their game as the match progressed and, in the end, scored a comfortable win.

The Indian pair got the first break chance in the very first game, but failed to make the most of it. Then Sania dropped her serve in the third game.

She struggled with both her serve and returns, and Bhupathi was unable to get his shot placements correct. They were down 1-3 and also squandered two break chances when Klaudia served in the eighth game.

The Indian pair steamrolled their opponents in the 2nd set 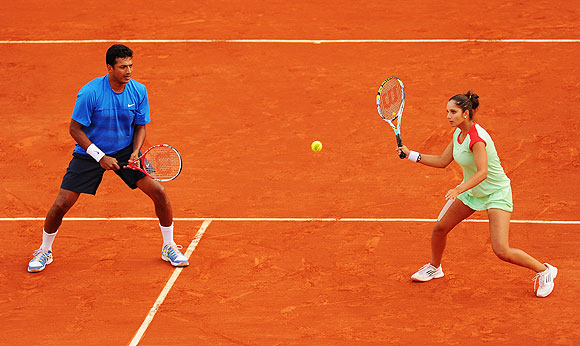 But they lifted their game and spirits when they broke Santiago in the 10th game, with Bhupathi smashing an overhead volley to draw parity.

The set was stretched to the tie-break, where the experienced Indians prevailed.

The second set was no contest, as the Indians ran through it. Santiago was broken in the first game and the Indians were unstoppable after that.

Another break of serve, off Santiago, put the Indians ahead 4-1 and they comfortably sealed the match.

With this win, Sania and Bhupathi sent out a warning to players worldwide that they will be the force to reckon with at the upcoming London Olympics.

However, they are not yet sure of competing there. Sania needs to get a wild card to make the women's singles draw which will make her eligible to contest in the mixed doubles.
Tags: Bhupathi , Santiago , Sania , London
More