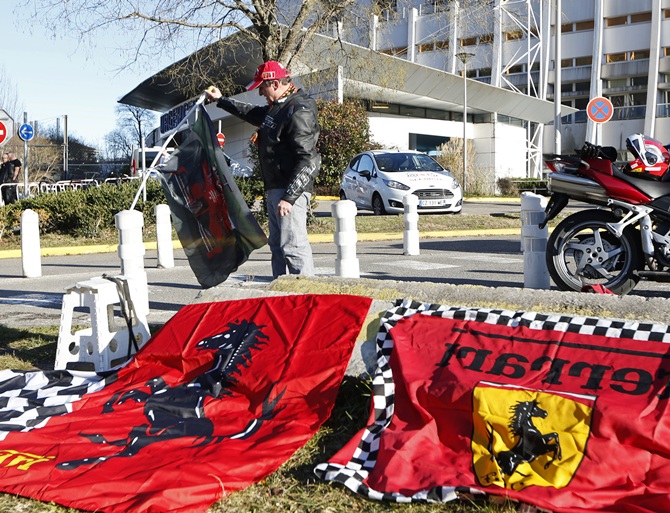 Image: Dario, a Ferrari local fan, displays flags in front of the entrance of the emergency services at the CHU Nord hospital in Grenoble, French Alps, where retired seven-times Formula One world champion Michael Schumacher is hospitalized after a ski accident
Photographs: Charles Platiau/Reuters

The medical condition of seven-times Formula One world champion Michael Schumacher is slightly better on Tuesday following a second operation during the night to treat head injuries he sustained in a skiing accident, doctors said.

"The situation is more under control than yesterday but we cannot say he is out of danger," Jean-Francois Payen, head anaesthetician told a news conference at the CHU hospital in the eastern French city of Grenoble.

"We have won some time but we must continue an hour-by-hour surveillance... It is premature to speculate on his condition," he said, adding that it could still be qualified as "critical".

Emmanuel Gay, head of the hospital's neurosurgery service, said the operation carried out during the night involved removing a large hematoma -- the medical term for a build-up of blood -- from the left-hand side of Schumacher's brain. 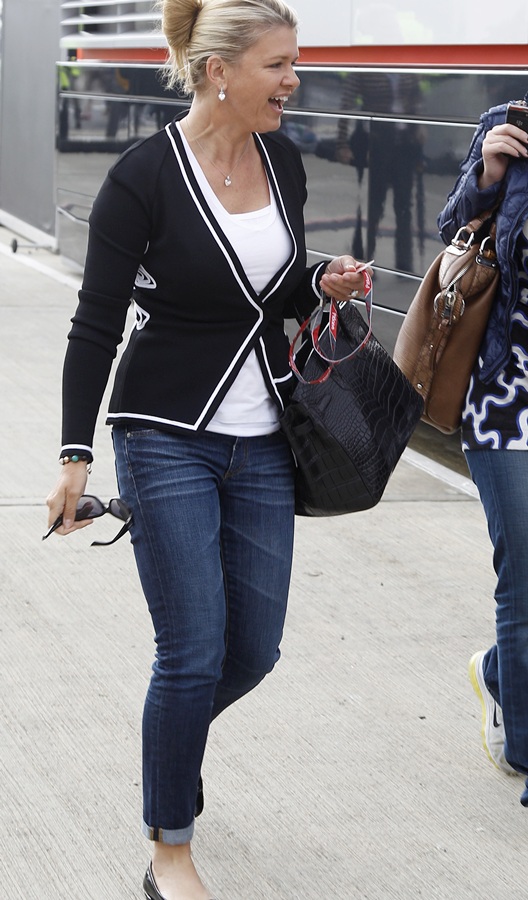 "It was larger and more accessible (than others) ... We judged we could remove it without taking any risks," Gay said.

He said the operation was designed to reduce, within Schumacher's skull, the pressure on the brain, which suffered injuries including lesions and contusions from Sunday's fall.

The retired motor racing champion, 44, slammed his head on a rock while skiing off-piste on Sunday morning in the French Alpine resort of Meribel, where he has a vacation home.

He was skiing with his 14-year-old son on Sunday when he slammed his head on a rock while skiing off-piste.

Doctors said the fact that he was wearing a helmet had enabled him to make it to the hospital alive. 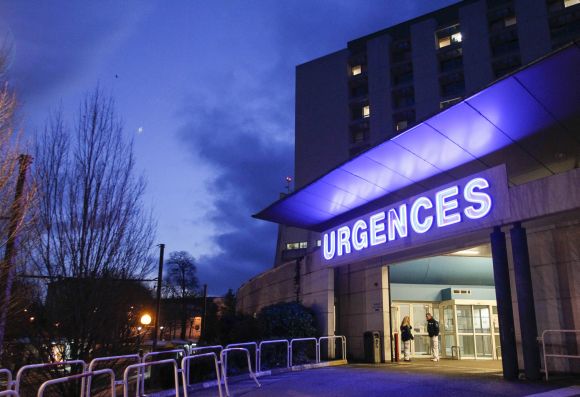 Image: Members of the staff are seen outside the emergency services at the CHU Nord hospital in Grenoble
Photographs: Robert Pratta/Reuters

Payen said the medical team in Grenoble had discussed the operation with Schumacher's family. He said the condition of the German motor racing great was still too fragile to consider transferring him to another hospital for the time being.

The family of seven-time Formula One world champion is at his bedside.

Schumacher's manager, Sabine Kehm, said his wife, Corinna, daughter Gina Maria and son Mick are in a state of shock at the Grenoble hospital, the BBC reported.

Philippe Quincy, the Albertville public prosecutor, said an inquiry had been launched on Sunday to identify the causes of the accident. Initial findings indicated the blow was so hard that Schumacher's helmet had shattered.