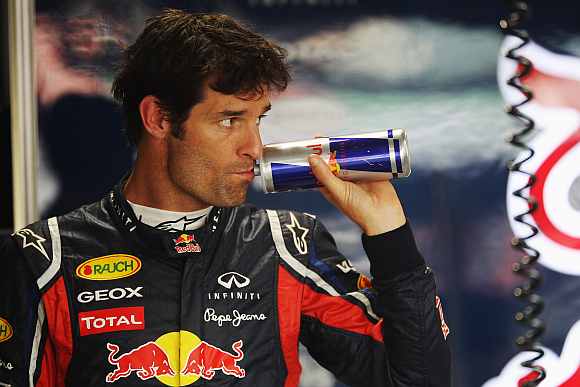 Mark Webber is not interested in taking favour from Red Bull teammate Sebastian Vettel to end his win drought this season, at Sunday's Indian Grand Prix.

Both the Red Bull cars will start from the front row with Vettel on pole.Webber is yet to win a race this season though he finished on the podium nine times out of 16.

His best results were second place finishes at Turkey and Belgium. Asked if Red Bull uses team orders to let him win, would he be pleased with such a win and what would be the strategy, Webber did not say much.

"Nothing will be different. There's been a lot of talk from the team but no talk from me. I don't want any positions off Sebastian, for the remainder of the year. Nothing will change," Webber said at the official press conference.

'We have to race, race hard, enjoy' 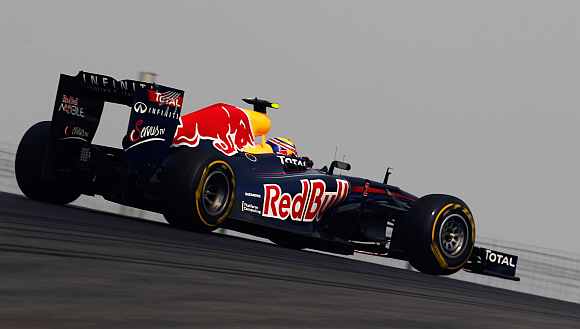 Webber had qualified third but was promoted to second after Lewis Hamilton was pushed to fifth place due to a grid penalty. He also did not offer a clear reply when asked what will they do if both the Red Bull drivers manage a 1-2 finish.

"No, we will see. First we have to get there and as Lewis said it is a long race. Lewis starts in fifth I think, Fernando (Alonso) behind and Jenson (Button) as well so they will surely put a lot of pressure on us.

"We will see. It is a long race. It is a new track, we don't now really how the tyres will respond. It is not the time now to worry about those things," the young German said.

"First we have to race, race hard, enjoy and then see where we are. I think Mark and myself we obviously target to win the race. Ideally, we want to finish in one-two so it is going to be an interesting race tomorrow," he added. 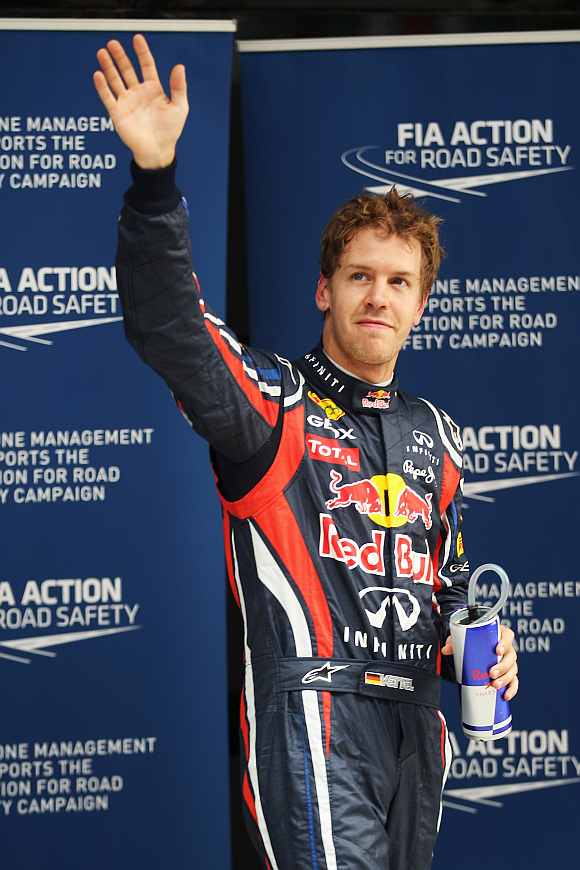 With the pole, Vettel is now just one short of Argentine great Juan Manuel Fangio's record of 29 pole positions. Fangio was a five-time world champion.

"I didn't know (about the Fangio statistic). Yeah, it's definitely special. I think the difference. I think the time when Fangio achieved that was different compared to today. He didn't do that many races, especially as they had less races per season.

"I obviously know a lot of the names in Formula One from the past, former drivers and roughly what they achieved. I'm not an expert but it's definitely great, it's special to be part of a sport that has so much history because it always allows you to compare yourself in many ways, which I think is great," he said.