Image: Netherlands' player Arjen Robben poses for a photo with a fan after a training session in Rio de Janeiro
Photographs: Pilar Olivares/Reuters

After three weeks of unrelenting drama and excitement, the World Cup took a rare time-out on Wednesday as the eight surviving teams tried to catch their breath before the quarter-finals kick off on Friday.

A tournament which was derided as a disaster waiting to happen, has captivated the world, proved all the doom-mongers wrong and has already been declared as one of the greatest World Cups ever.

The tardy preparations which plagued the build-up have long been forgotten with supporters in Brazil and around the planet still gasping at the astonishing quality of play and heart-stopping tension.

"This has been the best one in terms of quality of football and entertainment," said Gerard Houllier, the most experienced member of FIFA's Technical Study Group which analyses tactics, trends and all aspects of technical play in the tournament.

"There has been top quality drama right from the start of the group phase." 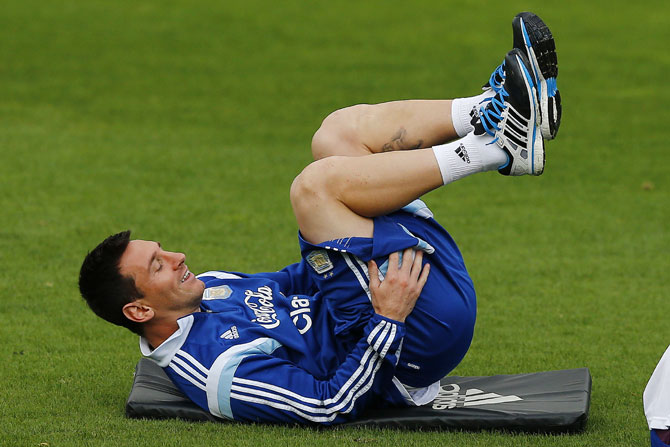 The on-field drama has succeeded in overshadowing any off-field scandals that threatened to tarnish the event but still linger.

FIFA president Sepp Blatter praised Uruguay striker Luis Suarez after he apologised for biting an Italian defender during the World Cup while FIFA also addressed claims that matches had been rigged, but said there was no supporting evidence.

Suarez was banned for nine competitive internationals and cannot take part in any football activities for four months after he sank his teeth into the shoulder of Giorgio Chiellini during Uruguay's 1-0 defeat of the Italians on June 24.

It took the forward nearly a week to confess that he had bitten his opponent, after protesting his innocence when the furore surrounding the incident first broke.

"He said 'I'm sorry' to the soccer family, and that's fair play too," Blatter told reporters. "That shows he's a great player and I hope he can have his soccer career back." 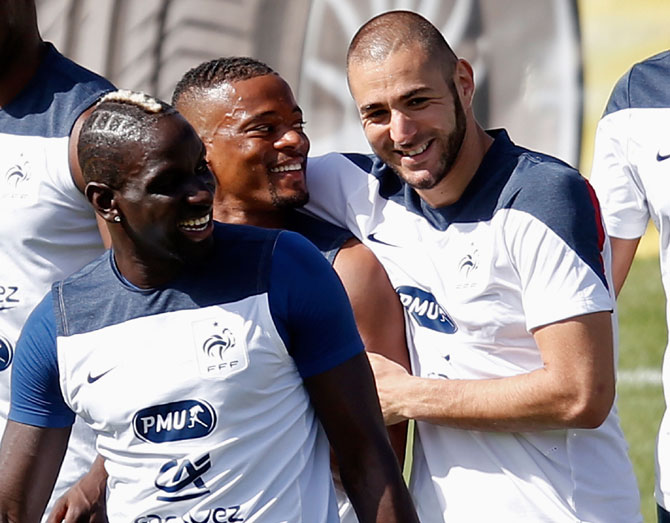 Perumal has denied making the predictions himself, which were reported by the German magazine Der Spiegel and Mutschke said FIFA had "substantial doubts about the allegations published by Der Spiegel" and had asked the magazine for some proof.

"This article has put the integrity of the FIFA World Cup matches in question which is a serious allegation," he said.

"We have carefully monitored all 56 games to date and we will continue to monitor the remaining eight matches. So far we have found no indication of any manipulation on the betting market of any World Cup matches."

The incredible pace of the matches has even prompted discussion about changing the rules on substitutions after watching players run themselves to the point of exhaustion with four of the eight last-16 matches going to extra time.

Under the current rules, teams are only permitted to use three replacements in a match but Houllier said consideration should be given for allowing a fourth substitute in extra time in the future.

"I personally think it's time," he said. "You have probably noticed at this World Cup everything is so quick, the tempo has been so high and we have seen 29 goals scored by substitutes, a record."

"But among the technicians, we think we should have the possibility of another substitution."

Although 24 of the original 32 finalists are now out of the tournament, there is no respite for the remaining teams with the stakes about to get even higher.

The teams will have another day off before the quarter-finals get underway when France tackle Germany in Rio de Janeiro and hosts Brazil face Colombia in Fortaleza. 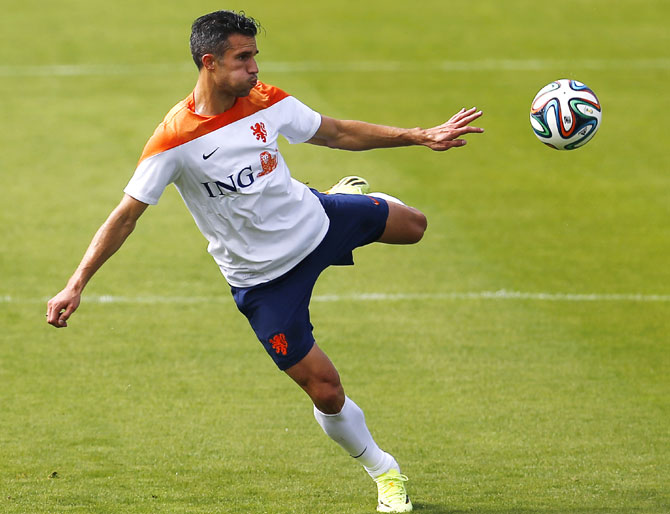 On Saturday, Argentina meet Belgium in Brasilia before the last quarter-final between the Netherlands and Costa Rica in Salvador.

The eight remaining teams all won their groups and the line- up offers a tantalising clash between styles, with four teams each from Europe and the Americas.

No European team has ever won a World Cup played in the Americas but at least one is assured of making the semis with Germany and France meeting in the last eight.

Germany received a timely boost when defender Mats Hummels and winger Lukas Podolski both took part in training after battling with health issues.

"Everyone was in training today and ready for action," assistant coach Andreas Koepke said.