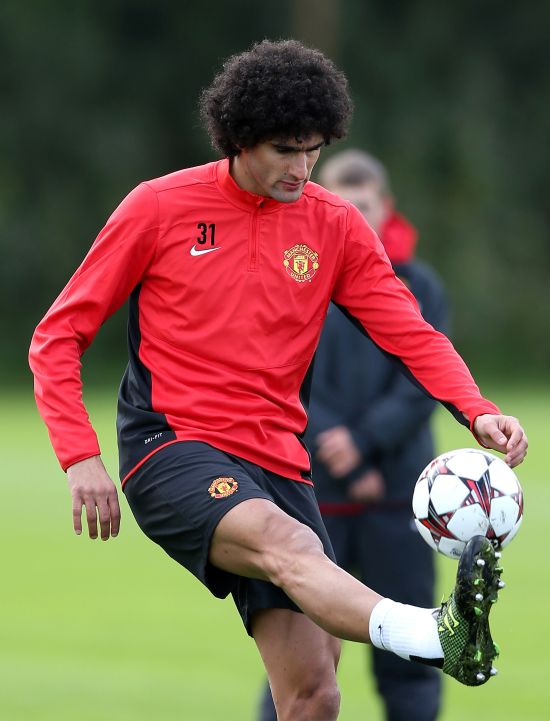 Marouane Fellaini has become the latest Manchester United player to suffer an injury, which media reports suggested could prevent him moving away from the club during the transfer window.

Television pictures showed him hobbling on crutches, with a protective boot on his left foot.

The Belgian midfielder came on as a substitute for Ander Herrera in United's shock 2-1 home defeat by Swansea City on Saturday.

Reports had suggested he would be sold this month but unless that injury proves less serious than expected, that would now seem unlikely.

In a disappointing first season after signing from Everton, the 26-year-old started only 12 Premier League games and failed to score a goal.

New manager Louis van Gaal has been attempting to strengthen the squad and the club reported on Tuesday having agreed a fee with Sporting Lisbon for the Argentine international defender Marcos Rojo. 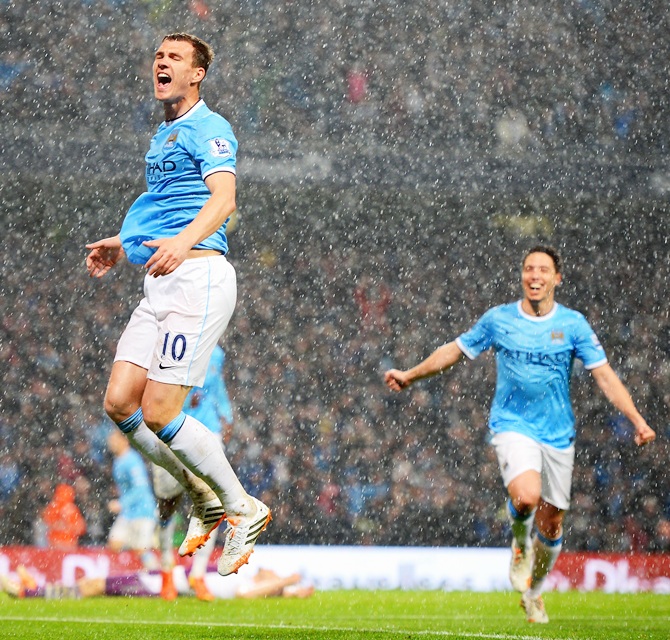 The 28-year-old striker, who signed for City from VfL Wolfsburg in 2011, penned the new deal to keep him at the club until 2018.

"I knew from the beginning when I started here that I wanted to stay for a long time - I can't see any place better than here," Dzeko told the club's website.

"Over the last three and a half years we’ve made history together but I feel like we are only at the start of something really special.

"There are still so many objectives and goals that I want to reach from my career in the game and I believe that I am in the perfect place to achieve them all."

Dzeko joins team mates Aleksandar Kolarov, Samir Nasri, David Silva, Vincent Kompany and Sergio Aguero in penning a new long-term deal as the club looks to secure the futures of their most valuable players during the summer transfer window.

The Bosnian has scored 66 goals in 155 appearances in all competitions for City and was part of the squad that won two league titles, the FA Cup in 2011 and the League Cup this year.