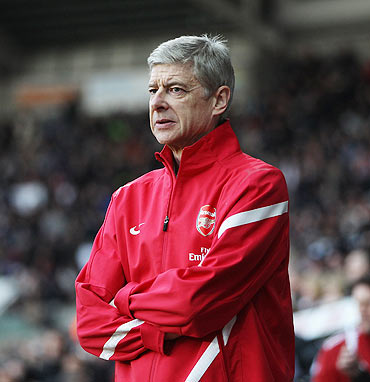 Matches between Arsenal and Manchester United are as fascinating as ever despite fresh teams emerging as Premier League title contenders, Arsenal manager Arsene Wenger said on Friday.

Sunday's game at the Emirates is the clubs' first meeting since champions United mauled Arsenal 8-2 at Old Trafford in August.

Despite that crushing defeat, the North Londoners are still involved in the hunt for a top four finish if not the title itself.

They are also capable of beating anyone on their day and, unlike United, have qualified for the knockout rounds of the Champions League.

The two clubs dominated the League for much of the late 1990s and in the first years of the new century, but Chelsea, Manchester City and Tottenham Hotspur have all closed the gap with Chelsea winning three titles since 2005 and City and Spurs ahead of Arsenal this season.

However, asked about the importance of the United game, Wenger told Arsenal Player on the club's website (www.arsenal.com): "It's still the same.

"It is not the only game any more because you have Chelsea and Man City coming in, with Liverpool still there. But it is a game that is watched all over the world."
Tags: Arsenal , Manchester United , Chelsea , Wenger , City

'We are a strong force in this league' 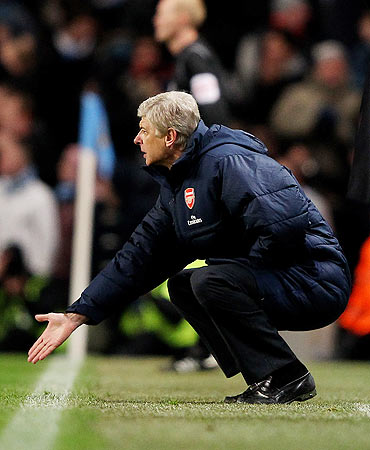 The match will be the first Premier League game to be shown live on terrestrial television in the United States when Fox, the US national network, screens it on Sunday.

Wenger said that despite this season's setbacks, he still felt United and Arsenal are at a similar level.

"I still think that when we have everybody available we are a strong force in this league. That's why it is important that we fight very hard not to drop points."

The match forms part of an intriguing double with leaders Manchester City hosting Spurs on Sunday as well. When the four sides met on the same weekend in August, not only did United thump Arsenal but City won 5-1 at a depeleted Spurs.

Spurs have recovered well since then and heading into the weekend are third on 46 points. City have 51, United are on 48, fourth-placed Chelsea 40 and Arsenal 36. 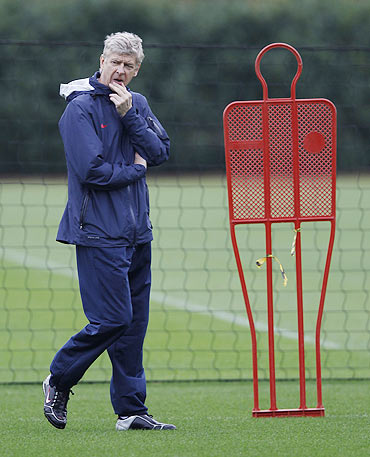 Apart from the August aberration, games between United and Arsenal are usually closely-fought with United manager Alex Ferguson tending to pack his midfield to gain an advantage at the Emirates, a tactic Wenger knows well.

"They sometimes have a very compact midfield to kill our passing game and get us on the counter-attack. They do that very well," he said.

"I believe that sometimes it works for them, although last year we beat them 1-0 in a convincing way. It depends on how well we play on the day, how well we pass the ball through their lines, no matter how many are in there."
Tags: United and Arsenal , Alex Ferguson , Emirates 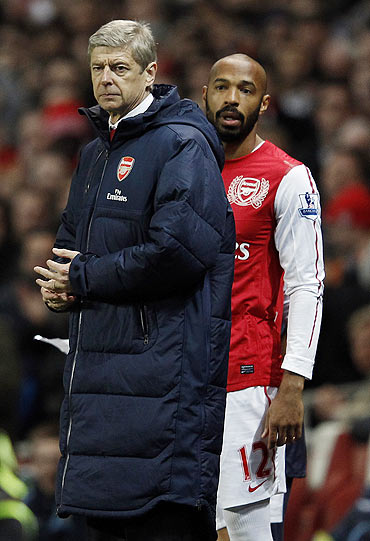 Wenger hopes to have defender Thomas Vermaelen back on Sunday, but Thierry Henry, who has played in Arsenal's last two games since re-signing on loan, could miss out because of a calf problem. Vermaelen has not played since limping off early in the second half against Queens Park Rangers on New Years Eve.

Arsenal could also be without midfielder Mikel Arteta after he missed the trip to Swansea last weekend with a calf strain.

The Gunners' 1-0 win over QPR was their only league victory from their last four matches and after losing their last two league games to Fulham and Swansea City, a third straight loss could see them slip as low as seventh if Liverpool and Newcastle United both win at the weekend.
Tags: Queens Park Rangers , Thomas Vermaelen , Arsenal , Swansea City , Mikel Arteta
More
Source: