'More boys drop out of school to pursue football, pinning their hopes on the sport as a way to improve their lives'

'When you combine boys who want to leave Africa and dream of being the next Samuel Eto'o or Didier Drogba with men looking to make money, the situation is ideal for exploitation' 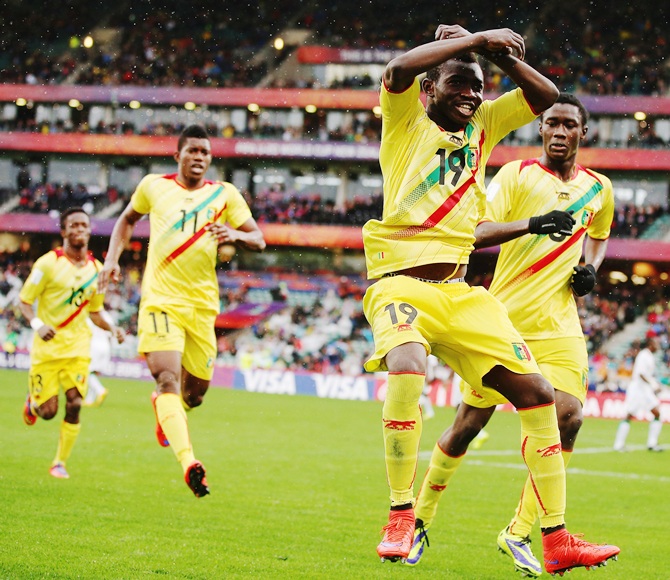 On the pitches of ramshackle football academies across West Africa, teenage boys chase one another in pursuit of the ball, the chance to impress, and the prospect of a lucrative contract with one of Europe's top teams.

But instead of embarking on a career at an elite club, many boys are abandoned by crooked agents after being taken abroad in exchange for thousands of euros - often their family's savings.

Some 15,000 young players are moved out of West Africa each year under false pretences, estimates the charity Foot Solidaire, but a lack of monitoring means the number of boys being trafficked abroad could be far higher, experts say.

Small, unlicensed academies are sprouting up across the region, often run by men posing as agents, hoping to cash in on the dreams of boys and families who see football as a chance to escape poverty, said migration expert James Esson.

"When you combine boys who want to leave Africa and dream of being the next Samuel Eto'o or Didier Drogba with men looking to make money, the situation is ideal for exploitation," said the human geography lecturer at Loughborough University in England.

"This will become a bigger issue as the population grows and more boys drop out of school to pursue football, pinning their hopes on the sport as a way to improve their lives," he added.

Esson spoke ahead of a Foot Solidaire conference in Dakar, Senegal, aimed at protecting young African players, in the wake of a revelation by Sierra Leonean and ex-Premier League player Al Bangura, who said he was trafficked as a teenager to Britain where he narrowly escaped being forced into the sex trade.

The trafficking of young boys may become increasingly common as criminals seek to exploit the football governing body FIFA's rules, corruption in governments and football associations (FAs) and a lack of political will to tackle the crime, experts warn.

"For governments and FAs in the region, the trafficking of young players is not a priority... the victims become lost individuals, who nobody wants to do anything about," said Jake Marsh of the International Centre for Sport Security (ICSS). 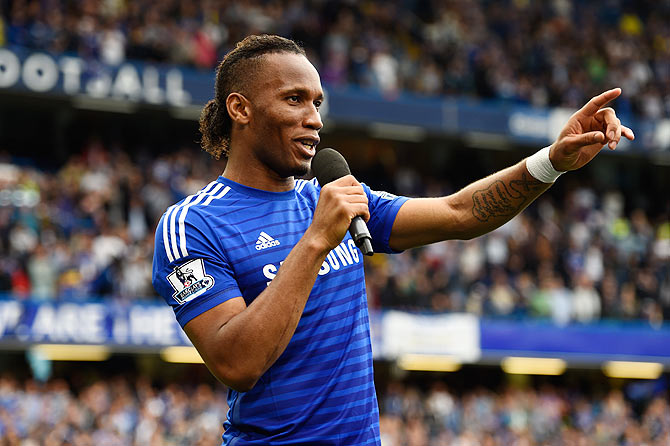 In Sierra Leone, footballers in the top leagues can expect to earn just $70 to $100 a month, whereas average salaries in England's Premier League are a thousand times more.

While most young West African footballers aspire to play in Europe's top leagues, simply leaving the region in search of a better life is an aim in itself for many boys, Esson said.

"Europe is not the only goal - there is money to be made in Asia, the Middle East and even Egypt compared to West Africa."

More than 20 Liberian boys were tricked in February into moving to the academy of a club in Laos, ranked below Sierra Leone and Liberia in FIFA's rankings, where they slept in the stadium and were only given two meals a day, said the world players' union FIFPro.

When the boys told the club Idsea Champasak United that they wanted to go home, those who had signed contracts expecting a visa in return were told they could only leave if they paid back their expenses, leaving them trapped there, FIFPro said.

"This club and its so-called academy are a clear example of child trafficking... this case is probably not one of a kind, but just the tip of the iceberg," said Anthony Baffoe, secretary general of the Professional Footballers Association in Ghana.

FIFA regulations prevent players transferring to a foreign club or academy before 18, except in certain circumstances, but as many academies and agents in the region are unregistered, they can flout the rules and slip under the radar, experts say.

While most cases involve boys being abandoned abroad, FIFA's decision in April to scrap its licensing system, meaning agents no longer need to be qualified, may fuel more trafficking of young players to foreign clubs seeking cheap talent, Marsh said.

"I don't know of any other multi-billion dollar industries where intermediaries can self-certify their good character, where a broker is not properly vetted, regulated or has professional standards that they must abide by," he said.

Critics of FIFA's transfer rules say they are unclear and contradictory, but the governing body said it had strengthened them in recent years and was closely monitoring the situation.

"The protection of minors is of major importance for FIFA... protecting the development of a minor as a whole should prevail over purely sporting interests," a FIFA spokeswoman said.

Greater collaboration between FAs and governments is needed to tackle child trafficking, experts say, yet many acknowledge that the solution is not simple. 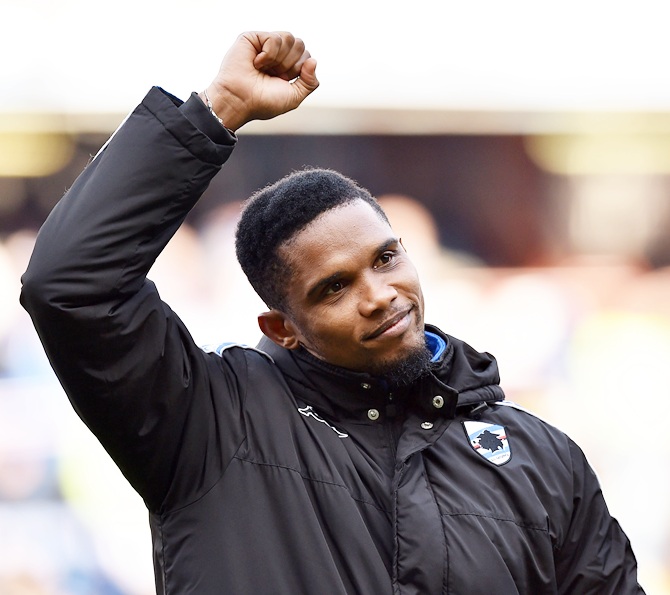 FIFA is engulfed in its own corruption scandal and members have historically tried to keep sport and politics separate.

"This is a political hot potato for FIFA... in their defence it is a crime that goes beyond their control," Esson said.

Immigration departments must monitor the number of boys moving abroad for football, and police should launch cross-border investigations to track those who are trafficked, often via many African and European nations, Marsh of the ICSS said.

Yet corruption in West Africa is rife, experts say, and victims are often given fake passports and birth certificates by traffickers, falsified so they appear over 18, said Ed Hawkins, author of "The Lost Boys: Inside Football's Slave Trade".

"Pressure must come from governments, as FAs do not have the jurisdiction to pursue criminals... but it is tough to tackle if police are not aware of the extent of this issue," Marsh said.

In West Africa, football associations are making their own efforts to tackle unethical practices, said Isha Johansen, president of the Sierra Leone FA.

One of only a handful of women to ever head FAs among FIFA's 209 member countries, Johansen said associations faced an uphill battle to stop boys being exploited by "dodgy and bent agents who should be named and shamed and struck off if found wanting".

But for many boys the dream of a life in football may be just too powerful, she said.

"There is a lure, a desire to leave, boys want to make their break. It is their dream and you cannot take it away from them."

© Copyright 2020 Reuters Limited. All rights reserved. Republication or redistribution of Reuters content, including by framing or similar means, is expressly prohibited without the prior written consent of Reuters. Reuters shall not be liable for any errors or delays in the content, or for any actions taken in reliance thereon.
Related News: FIFA, James Esson, International Centre for Sport Security, West Africa, Didier Drogba
SHARE THIS STORYCOMMENT
Print this article Mourinho faces the boot: Can any of these men change Chelsea's fortunes?