Wozniacki eases through at Indian Wells

Top seed Caroline Wozniacki barely raised a sweat as she pummelled American wildcard Sloane Stephens 6-3, 6-2 in the second round of the Indian Wells WTA tournament on Saturday.

The Danish world number one, who lost to Serb Jelena Jankovic in last year's final at Indian Wells, broke Stephens twice in the first set and three times in the second to wrap up victory in just over an hour.

Wozniacki ended the match with a crisp forehand volley into an open court and will next meet 28th-seeded Spaniard Maria Jose Martinez Sanchez, who beat Romania's Simona Halep 7-5, 6-0 on Saturday. 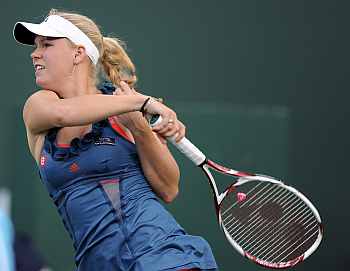 "It's always nice to have a win, and the first match is difficult. But I pulled through, so it's nice," she added.

Asked if she had any concerns over her form, the pony-tailed Wozniacki replied: "I felt like the timing was not quite there yet but Sloane, she took her chances. She played well.

"I would just like to go match by match and try to develop my game," added the bubbly Dane, who won her 13th WTA title at last month's Dubai championships.

Earlier, twice former champion Daniela Hantuchova of Slovakia tumbled out of the tournament after being beaten 7-6, 6-4 by Russian former world number one Dinara Safina.

The hard-hitting Russian won an error-prone opening set, featuring six breaks of serve in the first eight games, and wrapped up the match by breaking her 26th-seeded opponent in the 10th game of the second.

"It definitely feels good," Safina told reporters after improving her career record against Hantuchova to 7-4. "Every win is important. I was trying very hard and fighting.

"She had two set points in the first set. I pulled them out, and then I started to play a little bit better. I'm really happy with the win today," she added.

Safina, who has slipped to 108th in the rankings after being troubled by a back injury last year, will next face fourth-seeded Australian Samantha Stosur who swept past Spaniard Laura Pous-Tio 6-2, 6-2.

"The next round is a really tough one," the Russian said.

© Copyright 2022 Reuters Limited. All rights reserved. Republication or redistribution of Reuters content, including by framing or similar means, is expressly prohibited without the prior written consent of Reuters. Reuters shall not be liable for any errors or delays in the content, or for any actions taken in reliance thereon.
Related News: Caroline Wozniacki, Dinara Safina, WTA, Sloane Stephens, Daniela Hantuchova
COMMENT
Print this article
Dinara Safina lifts Italian Open
Dinara Safina wins Slovenia Open 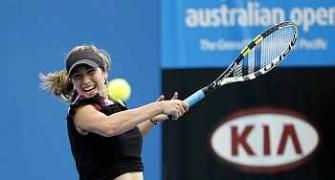 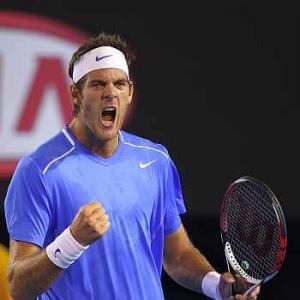 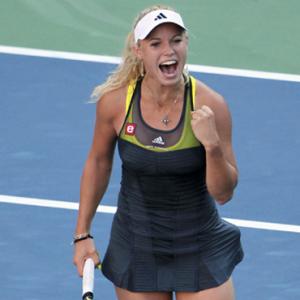