The scoreline, though, does not reflect how close the match at the Surjeet Singh Hockey Stadium was.

Mandeep Antil (7th minute), Harpreet Nagra (34th), Prabhjot Singh (49th and 70th) and Gagan Ajit Singh (57th) sounded the board for Sher-E-Punjab, while Pakistani star Imran Warsi struck a brace for the Cheetahs off drag-flicks in the 24th and 63rd minute.

The Chennai Cheetahs forwards and midfield strived hard as the match progressed but their efforts did not bear fruit, thanks to some solid defending by their opponents.

Shers soon extended their scoreline to 4-1 after taking an early lead with Mandeep Antil's goal that seemed to preface a night of dominance.

Skipper Prabhjot Singh's talent as a dribbler proved decisive in giving his side the handsome win.

Chennai had two clear chances to make a comeback in the first half but they conceded a penalty stroke with one minute remaining for the interval.

Sher-e-Punjab star Deepak Thakur was obstructed from taking a clear shot at the goal and the umpire had no hesitation to point towards the dreaded spot.

Harpreet Nagra converted the first penalty stroke of the WSH.

For Chennai there were no such openings in the second half despite their strategy to deploy five players in the rival D. 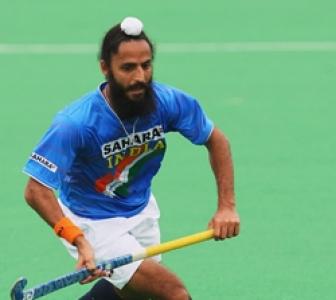 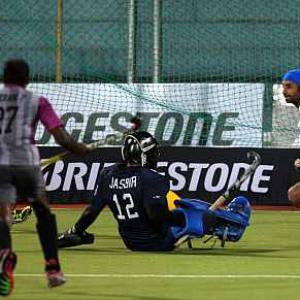