Ajay Jayaram got off to a rousing start in the men’s singles at the World Badminton Championships, shocking higher-ranked Wing Ki Wong of Hong Kong, in Guangzhou, China, on Monday.

He will meet Spain’s Pablo Abian in the second round.

"It was a good match. I knew it won't be easy and I had to give everything. I tried to be patient as the shuttles were slow," Ajay said.

Also advancing was world No 13 Kashyap, who unexpectedly went through several anxious moments before prevailing over 98th ranked Raul Must of Estonia 19-21, 21-14, 21-9 in 56 minutes.

Chennai-born Jayaram should have won the first game comfortably, but allowed the No 12-ranked Wong some soft points before prevailing 22-20. 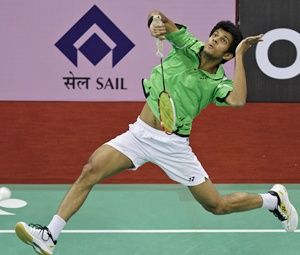 However, in the second game, Ajay frittered away a 13-8 lead and allowed Wong to come back in the contest.

At a game apiece, it looked as if the Indian had run out of steam, but Ajay held his nerve and intelligently kept tossing the 'bird' deep to unsettle his opponent and emerge triumphant.

"I started off well and maintained a good lead throughout the first game. I committed a few errors at 20-16 which helped him to draw level at 20-20. But I am happy I could squeeze past him with a couple of tight points," Ajay said.

"In the second game, I was 13-8 up but he started playing more rallies and I lost my patience. I eventually lost my lead at 17. I was struggling with my fitness as I had recovered from viral fever a week back," he said.

"I dug in deep in the final game, keeping the shuttle in play without conceding too many errors. I'm very happy with my performance today. I fought hard both mentally and physically. I need to play with the same focus and composure in the next round as well," he added.

However, India's doubles and mixed doubles pairs had a bad day in office as they failed to cross the first hurdle.

While the combinations of Aparna Balan and Arun Vishnu lost to Chinese Taipei's Min Chun Liao and Hsiao Huan Chen 15-21, 17-21 in the mixed doubles, Ashwini Ponnappa and Tarun Kona suffered a 18-21, 21-12, 19-21 defeat to Japan's Hirokatsu Hashimoto and Miyuki Maeda in the opening round.

In the women's doubles, Aparna and Siki Reddy N too lost in the opening round, going down to England's Lauren Smith and Gabrielle White 15-21, 17-21 in 34 minutes.

Saina Nehwal and P V Sindhu, who both received a bye in the first round, start their campaign in the women's singles on Tuesday. The scent of Blue Jasmine 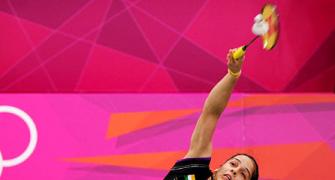 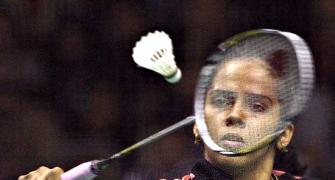 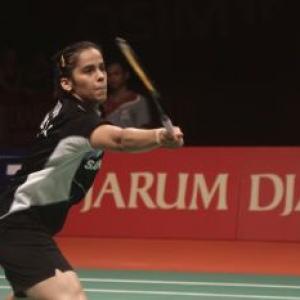 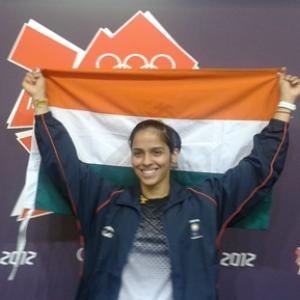