IMAGE: India's Neha Goyal was impressive against Ireland and will be pivotal against US on Sunday. Photograph: Kind courtesy, Hockey India/Twitter

Stung by a lower-ranked Ireland, Indian women's hockey team will need at least a draw against USA in tomorrow's pool B match to keep their hopes of reaching the knockout stage of the World Cup alive.

After settling for a draw against World No 2 England in the opening match despite grabbing an early lead, Rani Rampal-led India suffered a disappointing 0-1 loss to Ireland in their second round robin match to squander the chance of making a direct entry to the quarterfinals.

Only the top teams from the four pools directly qualify for the quarterfinals, while the remaining four slots would be filled from the cross-over stage.

The sides finishing second and third in their respective pools would clash with each other in the cross-over stage with the four group toppers making it to the quarterfinals.

With one draw (1-1 against England), one loss (0-1) against Ireland, India are placed third in the Pool B points table.

USA too have drawn once against England and lost 1-3 to Ireland. Though both the teams have one point each, India is ahead due to goal difference.

To remain in contention for a quarter-final berth, India need a win or a draw from Sunday's game.

"It is a must-win match for us on Sunday and there is no doubt that,” chief coach Sjoerd Marijne said.

India didn't get any penalty corners against England but seven opportunities came their way against Ireland but the team could not convert the goal-scoring chances.

However, Rani and Co cannot repeat the same mistake in the high-stake game tomorrow.

"The team's structure and planning is good which enabled us to create chances in the striking circle but not being able to convert these chances into goals cost us the match," Marijne said.

"We made 27 circle entries against Ireland while it was only 10 against England. Though playing against these two teams is very different from each other, it is frustrating that we could not convert a single goal from these chances (15 shots on goal) against Ireland.

"But at the same time I take this as a positive that we have the ability to puncture any team's defence and create potential opportunities. When we play USA, the emphasis would certainly be on scoring from these opportunities created. We have to execute better and the girls are working for that," he added.

While the forward-line and mid-field lacked energy and pace, India's defence has held strong. While Ireland made just 10 circle entries, England made 34.

Source: PTI© Copyright 2020 PTI. All rights reserved. Republication or redistribution of PTI content, including by framing or similar means, is expressly prohibited without the prior written consent.
Related News: USA, While Ireland, India, Sjoerd Marijne, England
SHARE THIS STORYCOMMENT
Print this article 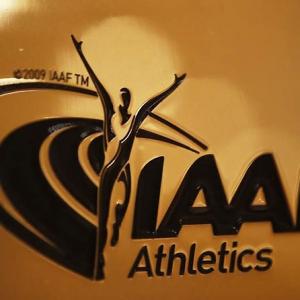 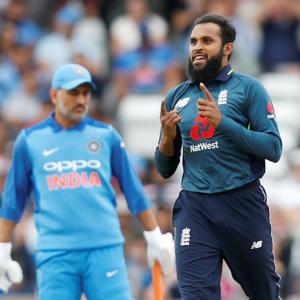