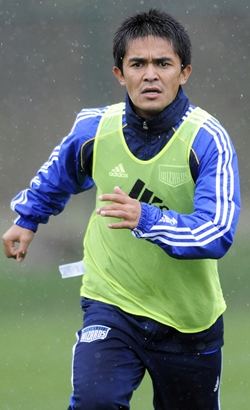 Indian striker Sunil Chhetri is all set to join the national team that is preparing for next year's Asian Cup after getting the go-ahead from his Major League Soccer club Kansas City Wizards.

"The Kansas City Wizards announced that attacker Sunil Chhetri has been permitted to join the Indian national team through the 2011 Asian Cup, in cooperation with the All India Football Federation," the KC Wizards said in a statement.

Chhetri, who was frustrated at not being able to make his MLS debut despite spending four months with the club, said he would be glad to rejoin the national squad, which is currently training in Portugal.

"I'm excited to be joining the National Team. But I'll miss Kansas City. Everything was falling into place here, including the big win we just had against Manchester United," Chhetri said.

The Wizards signed Chhetri from Dempo SC in March, making him the first Indian to join an MLS team.

His most recent appearance for the Wizards came in Sunday's 2-1 upset of Manchester United, coming on in the 69th minute and recording two shots on goal in his 21 minutes of action.

"This will allow Sunil to play full-time on a regular basis. This will be not only good for him, but good for us in the future, and we always want to help our players develop as much as we possibly can. We look forward to Sunil coming back to Kansas City," the club stated.

He made his first team debut in a Lamar Hunt US Open Cup play-in match on April 13th when he was named to the starting lineup in a 2-1 loss to the Colorado Rapids.

The 25-year-old was one of 30 players selected by India head coach Bob Houghton for the team's ongoing preparations for the Asian Cup next January.

Chhetri was a pivotal player in the country's qualification process, scoring a hat-trick in the 2008 AFC Challenge Cup final to secure India's spot in the Asian Cup for the first time in 24 years.      Chhetri has appeared 35 times for India, scoring 16 goals in his international career. 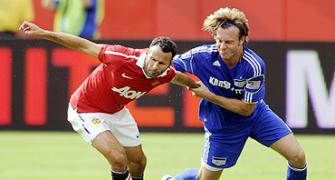 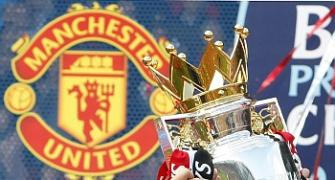 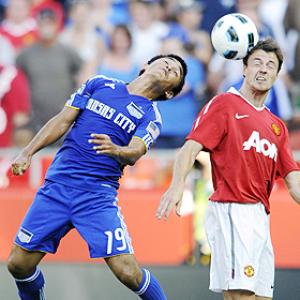