The 30-year-old became the first German woman to win Wimbledon since Steffi Graf in 1996. 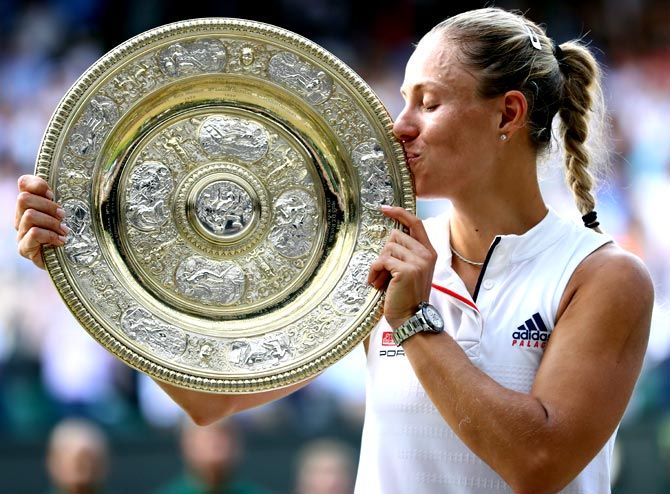 It was supposed to be the day Serena Williams completed a remarkable comeback and claimed a record-matching 24th Grand Slam title but Angelique Kerber ripped up the script to outclass her 6-3, 6-3 in Saturday's Wimbledon final.

Ten months after the difficult birth of daughter Alexis Olympia the 36-year-old Williams had powered into her 10th Wimbledon final and looked poised for an eighth crown.

But even for the most prolific title collector in the professional era it proved a step too far as Kerber took full advantage of an error-strewn display by the American. 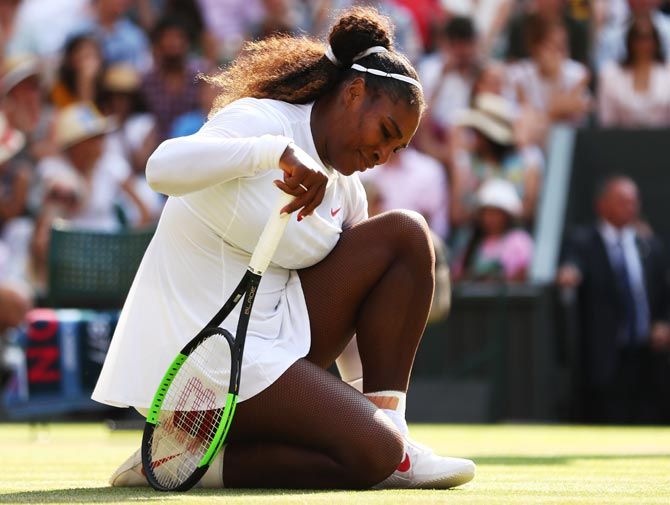 IMAGE: Serena Williams was bidding to become only the fourth mum to win a Grand Slam title in the professional era. Photograph: Michael Steele/Getty Images

Kerber broke the mighty Williams serve three times in the opening set and again in the sixth game of the second and held her nerve to become the first German woman to win the title since Steffi Graf in 1996.

With compatriot Meghan Markle, whose marriage to Britain's Prince Harry Serena attended this year, watching from the Royal Box the stage seemed set for another memorable day in the fairytale career of Williams.

She was bidding to become only the fourth mum to win a Grand Slam title in the professional era and the first at Wimbledon since Evonne Goolagong beat Chris Evert in 1980.

Her 10th Wimbledon final ended in disappointment though. When a Williams backhand hit the net the 30-year-old Kerber, who has now won three Grand Slams, collapsed on the dusty baseline before running to the net for a warm embrace with Williams who she lost to in the 2016 Wimbledon final.

"It's a dream come true, Serena you are a great person and champion, such an inspiration for everyone watching," Kerber said on Centre Court.

"I'm sure you'll win your next Grand Slam soon so congratulations for coming back."

Williams was close to tears as the crowd applauded her remarkable efforts.

"To all the mums out there, I was playing for you today, and I tried but Angelique played really well, she played out of her mind," Williams, playing only her fourth tournament since returning to the Tour, said. The first women's final between two players in their 30s since 1977 missed its traditional 2pm start time because the men's singles semi-final between Novak Djokovic and Rafael Nadal had run over from the night before.

While that was a classic, the women's showpiece fell flat as Williams coughed up 24 unforced errors.

The powerful American had been on a 20-match winning roll at Wimbledon, a sequence that started in 2015, and had picked up speed round by round in the past fortnight.

She had dropped just one set en route to the final, as had Kerber, but had not faced anyone with the pedigree of the German who had experienced a Grand Slam final victory over the American, at the 2016 Australian Open. 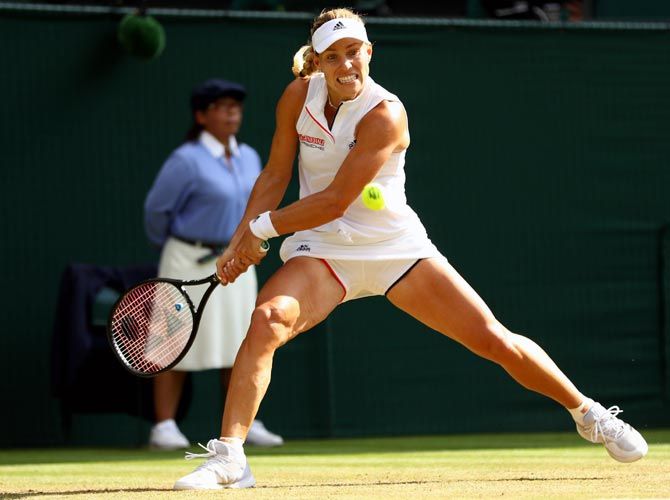 Left-hander Kerber displayed her rock-solid defence to break Williams in the opening game -- repelling a fierce baseline onslaught to induce an error at the end of a 18-stroke rally.

Williams broke back but consecutive double-faults undermined her at 3-3 and she then struck a forehand long to hand the initiative to her opponent who quickly held for 5-3.

Kerber's clever ball-placement kept extending the rallies and the rustiness in the Williams game was apparent as she smacked the net with a backhand on set point.

The expected backlash did not materialise even if Williams raised the intensity and decibel level. 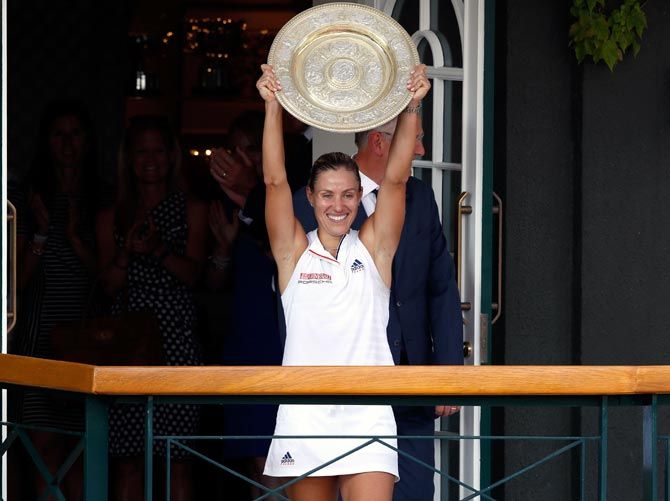 Williams sensed a chance at 1-1 but with Kerber at 15-30 she made a dreadful hash of putting away an easy volley off a poor Kerber lob and Kerber was steadfast to keep ahead.

Serving at 2-3 15-30 Williams popped up a half volley and Kerber rammed a winner past her and the 11th-seeded German repeated the trick with another sweet forehand to lead 4-2.

Kerber looked understandably jittery at 5-3, a couple of second serves barely scraping over. But she brought up the one match point she required with a forehand bang on the baseline.

Williams then netted and will have to wait a while longer to match Margaret Court's Grand Sam haul.

© Copyright 2021 Reuters Limited. All rights reserved. Republication or redistribution of Reuters content, including by framing or similar means, is expressly prohibited without the prior written consent of Reuters. Reuters shall not be liable for any errors or delays in the content, or for any actions taken in reliance thereon.
Related News: Serena Williams, Kerber, Germany
SHARE THIS STORYCOMMENT
Print this article 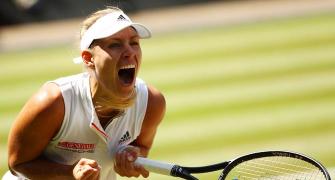 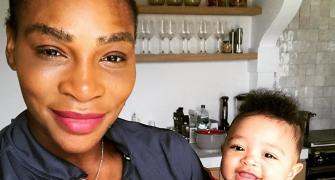 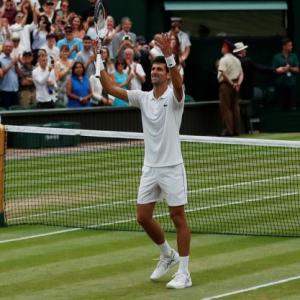 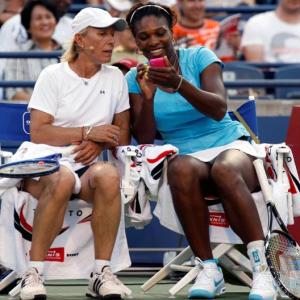