Djokovic, Federer back on court

After demolishing their first-round opponents, defending Wimbledon champion Novak Djokovic and six-times winner Roger Federer return on Wednesday to face players from the opposite end of the tennis spectrum. 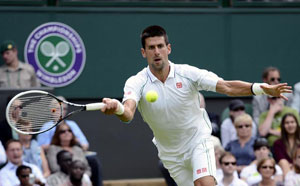 Neither Harrison nor Fognini have won a tour title while their multi-grand-slam winning opponents have 104 between them.

"I see he's very talented, a great shot-maker," Federer said of his opponent.

"He's definitely got the talent to be a very tough opponent. Better be ready for some good shots coming my way."

Kim Clijsters's second-round match against Czech Andrea Hlavackova and the end of Caroline Wozniacki's clash with Tamira Paszek complete the action on Centre while over on Court One number one seed Maria Sharapova plays Bulgarian Tsvetana Pironkova.

© Copyright 2020 Reuters Limited. All rights reserved. Republication or redistribution of Reuters content, including by framing or similar means, is expressly prohibited without the prior written consent of Reuters. Reuters shall not be liable for any errors or delays in the content, or for any actions taken in reliance thereon.
Related News: Roger Federer, Novak Djokovic, Fabio Fognini, Andrea Hlavackova, Tsvetana Pironkova
SHARE THIS STORYCOMMENT
Print this article 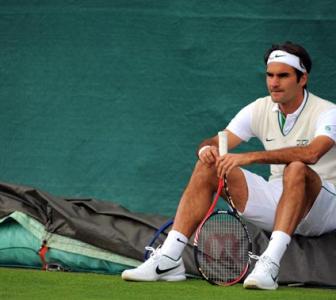 I wish I didn't cry after losses: Federer 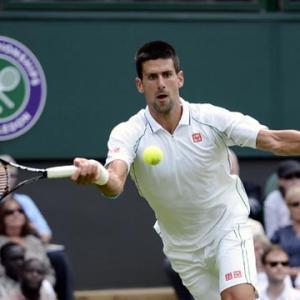