IMAGES from Day 6 at Wimbledon on Saturday. 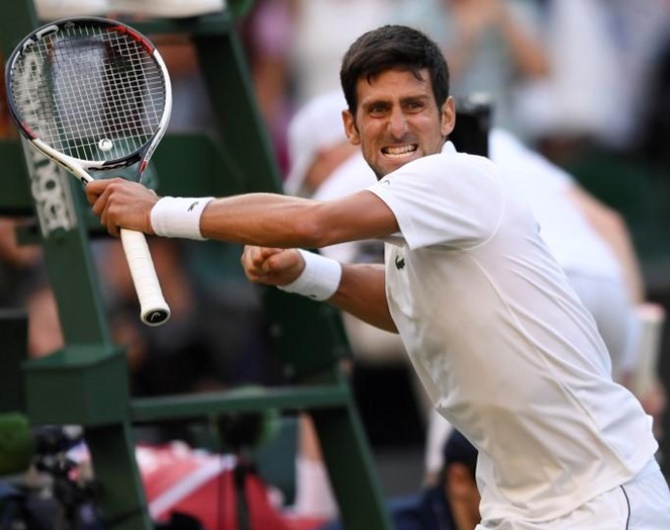 Three-time champion Novak Djokovic silenced a raucous Centre Court crowd as he came back to beat home favourite Kyle Edmund 4-6, 6-3, 6-2, 6-4 in the third round of Wimbledon on Saturday.

Briton Edmund was riding a wave of euphoria generated by England’s World Cup quarter-final win against Sweden as he outplayed the Serbian former world number one in the first set.

But 31-year-old Djokovic, who in the 2013 final lost to Andy Murray in a similarly frenzied atmosphere, snapped out of his torpor and took charge once he broke in a pivotal seventh game of the second set.

He dominated the third set and although 21st seed Edmund was competitive again in the fourth, Djokovic broke at 4-4 and then clinically held serve for victory — applying the seal to an impressive display with an ace down the middle.

Djokovic proved he still has the old fire in his belly too when he reacted furiously at 3-3 in the fourth when Edmund scrambled up a low ball for a winner despite replays clearly showing the ball had bounced twice.

While the 12-times Grand Slam champion is still not quite back to his best after a difficult year blighted by an elbow injury, he must now be considered a genuine threat.

“He became more and more dangerous and showed of his old self,” former champion John McEnroe, commentating for the BBC, said. “The intensity and the desire were there.”

The Serb, seeded 12th, will face powerful Russian youngster Karen Khachanov for a place in the quarter-finals.

“It was tough, Edmund is playing really well, he won our last encounter on clay,” Djokovic said of the man who has replaced the injured Murray as Britain’s top dog, said.

Top seed Halep stunned by Hsieh in Wimbledon third round 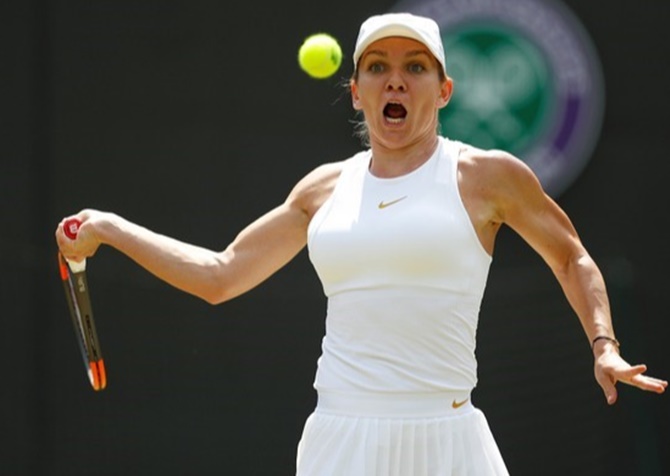 Women's top seed Simona Halep crashed out in the third round of Wimbledon when she was beaten 3-6, 6-4, 7-5 by Taiwan's Hsieh Su-wei.

The Romanian world number one, who claimed her first Grand Slam title at last month's French Open, never got to grips with the tricky 32-year-old who battled back from 5-3 down in the deciding set to claim a stunning victory.

A weary-looking Halep ended the match with successive forehand errors.

Her defeat means only one of the top 10 seeds has reached the last 16 in the women's draw. 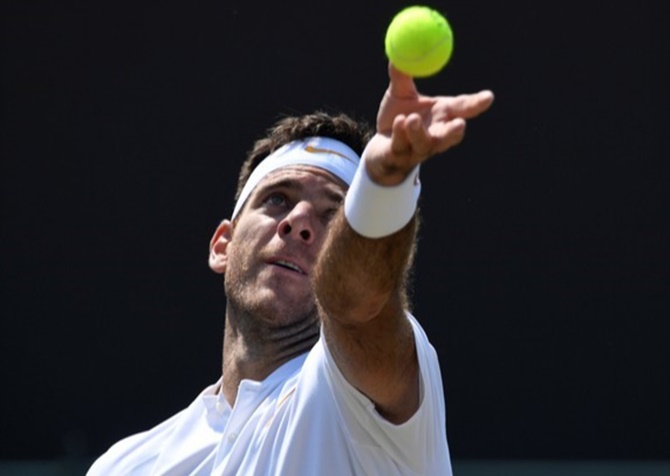 The big Argentine world number four, who has yet to drop a set, looked on for a routine win before meeting sterner resistance in the second set from Paire, who delighted the crowd with his drop shots and a break of serve to go 4-2 up.

Del Potro, a semi-finalist in 2013, immediately broke back after a slip by Paire and fears he might have hurt his heavily bandaged knee, but the Frenchman resumed and saw the set through to the tiebreak, but lost it 7-4.

The 47th-ranked Paire, who reached the fourth round last year and won his only previous meeting with Del Potro in Rome in 2013, then had a rant at the umpire after a successful challenge to an out call.

"What are you doing, it was right on the line," he shouted evidently unimpressed with the umpire's calls.

Del Potro, looking for a second Grand Slam title after the U.S. Open in 2009, marched into a 3-0 lead in the deciding set only to allow Paire back to 3-3 with a broken service game that included three double faults.

However, the Argentine, who had problems throughout the match serving into the sun at the northern end of the court, broke again and took it in straight sets. 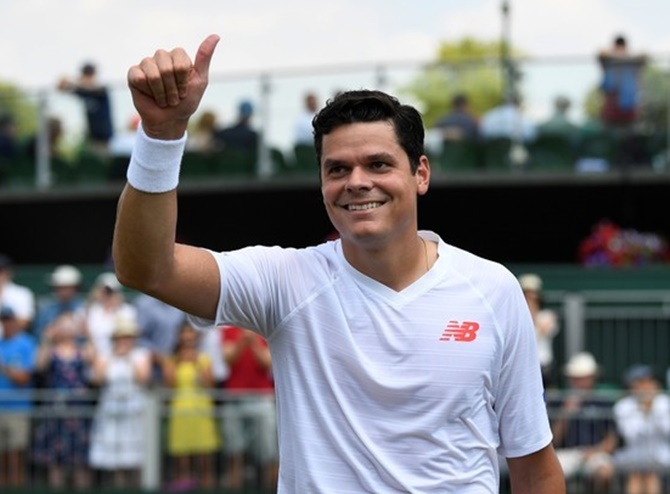 Former runner-up Milos Raonic returned to finish off Austrian qualifier Dennis Novak and book his place in the fourth round of Wimbledon.

The Canadian had split the first two sets on Friday and was 6-5 ahead when play was suspended because of fading light.

When play resumed on a stifling Court 12, the 13th seed quickly polished off the third set and cruised through the fourth to claim a 7-6(5,  4-6, 7-5, 6-2 victory. It was fourth time in five years that Raonic had reached the fourth round at Wimbledon.

Raonic, who was runner-up to Andy Murray in 2016, will face American Mackenzie McDonald in the last 16 on Monday.

East European 21-year-olds Jelena Ostapenko and Daria Kasatkina carried the flag for the Wimbledon seeds with straight-set victories on Court Three that took them through to the fourth round.

Twelfth seed Ostapenko, already a Grand Slam winner at the French Open in 2017 but who was upset in the opening round as holder at Roland Garros this year, beat Russian Vitalia Diatchenko 6-0, 6-4 to stay on course to better her quarter-final place last year.

Kasatkina, the number 14 who reached the French Open quarter-finals, won a tighter battle between seeds when she overcame Australian Ashleigh Barty (17) 7-5, 6-3 for her best performance so far at Wimbledon.

The draw opened up for these young pretenders when only two of the top eight women's seeds reached the third round, a record in the Open era.

Number one Simona Halep joined the beaten seeds on Saturday, leaving number seven Karolina Pliskova as the highest remaining seed in the first week of the tournament.

The 29-year-old Latvian, a one-time training partner of Zverev’s brother Mischa, handed the young German a lesson in perseverance and solid shot-making to reach the fourth round for the first time after 11 attempts.

“It’s been a great match for me. I didn’t think I could win after losing the third set and having served for the set, but he got tired and I played smarter,” said Gulbis, who had only won one tour level match all year — in the first round of the French Open — and was ranked 138 after struggling with injuries.

“It comes from practising, playing qualifying here, getting some wins. I also qualified for Paris. It’s not easy, but when you do it gives you some confidence,” added Gulbis, who reached his highest ranking of 10 in 2014.

Zverev, who won a five setter against American Taylor Fritz from 2-1 down in the previous round, failed to improve on his best at Wimbledon last year when he also went out in the third round.

© Copyright 2020 Reuters Limited. All rights reserved. Republication or redistribution of Reuters content, including by framing or similar means, is expressly prohibited without the prior written consent of Reuters. Reuters shall not be liable for any errors or delays in the content, or for any actions taken in reliance thereon.
Related News: Juan Martin Del Potro, Paire, Milos Raonic, Dennis Novak, Tony O
SHARE THIS STORYCOMMENT
Print this article Is Ronaldo headed to Juventus? 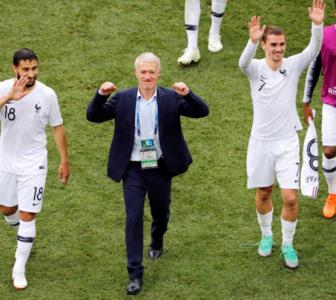 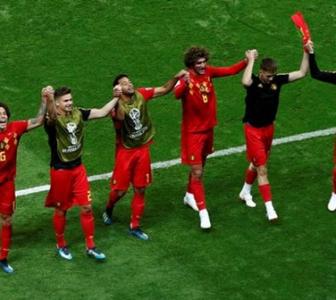 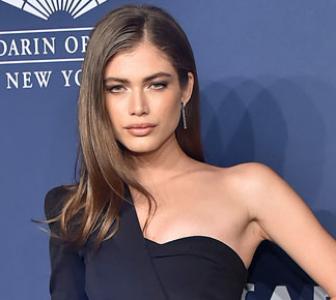 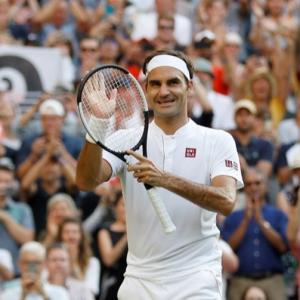 Serena on a roll as she roars into Wimbledon last 16