News
Business
Movies
Sports
Cricket
Get Ahead
Money Tips
Shopping
Sign in  |  Create a Rediffmail account
Rediff.com  » Sports » Why this US sailor is cleaning Rio's bay before Olympics

Why this US sailor is cleaning Rio's bay before Olympics

- 'I decided that if I am not going to compete, I want the sailors to not have problems when they sail.'

- 'I love Rio, and it is very important to me that the Olympic Games is a success and the trash does not get stuck on the sailboats, taking medals away from them.' 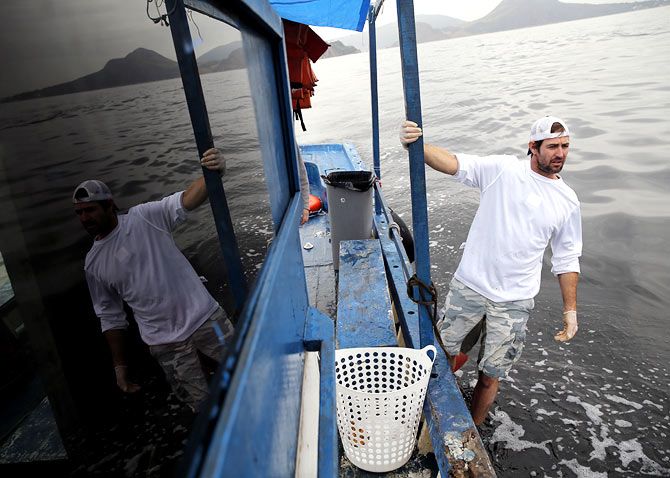 Funk missed out on his dream of competing in Rio 2016 in the two-man 49er sailing class, but travelled to Brazil anyway with the aim of clearing the path for those who did, including his girlfriend British windsurfer Bryony Shaw.

A native of Clearwater, Florida, Funk is leading his own clean-up effort to help remove rubbish from the Bay which is clogged by sewage from some 15 municipalities, home to some 9 million people.

“I decided that if I am not going to compete, I want the sailors to not have problems when they sail,” he told Reuters. “I love Rio, and it is very important to me that the Olympic Games is a success and the trash does not get stuck on the sailboats, taking medals away from them.” 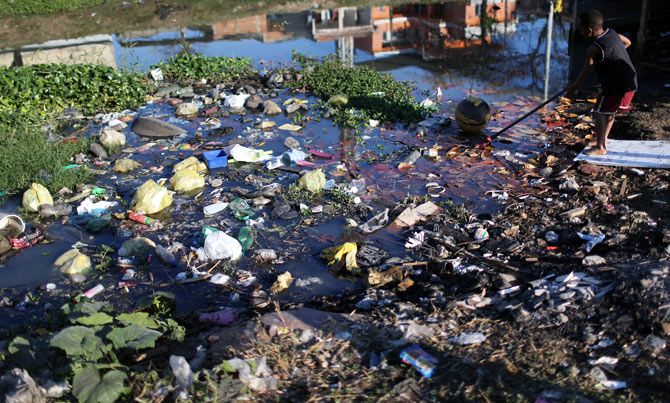 IMAGE: A boy reaches for a ball along a polluted canal in the Mare favela community complex in Rio de Janeiro, on July 18, 2016. Polluted canals in Rio such as this one empty in Guanabara Bay. Photograph: Mario Tama/Getty Images

In recent months, concern flared over pollution levels in the bay and nearby sea, where sailing, windsurfing and long-distance swimming events are being held.

Two academic studies seen by Reuters in June showed the waters were infected by drug-resistant super bacteria and microbes normally found only in hospitals.

The State Environmental Agency (Inea), which is conducting daily monitoring of water quality with the help of the World Health Organization (WHO), insists the water quality is fine, helped by the rapid movement of water through the mouth of the bay where events will be held.

More worrying for many competitors, however, is the floating debris which could crash against boats and slow them down in the competition.

Inea has deployed 12 green eco-boats - each with a wire metal scoop on the front that lifts rubbish out of the water and into its hull. It has also placed 17 red floating eco-barriers across the mouth of rivers and canals feeding the bay, which collect debris floating on the water's surface. 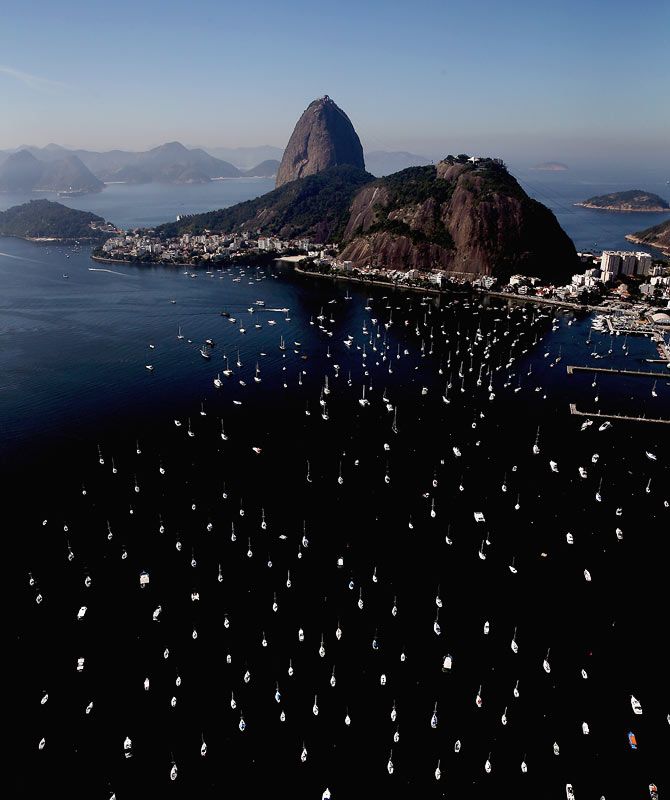 IMAGE: An aerial view of the Guanabara Bay ahead of the 2016 Olympic Games in Rio de Janeiro, on July 4, 2016. Photograph: Matthew Stockman/Getty Images

Just the eco-barrier in the Canal do Cunha had collected 208 tonnes of rubbish in the last month, Inea said.

Brazilian sailors said recently that the work of eco-boats picking up rubbish along competition routes had improved the situation considerably, but that more needs to be done.

Inea has appealed to Rio's citizens to stop throwing waste into canals and into the bay.

On the airplane over to Rio, Funk met Camila Avelar who decided to volunteer to help his effort, hoping to inspire a chain reaction.

"A lot of people say that the two of us trying to clear the rubbish from the sea will not make any difference," Avelar said.

"But I don’t think that is the point, it is the attitude and encouraging other people to do the same thing."

© Copyright 2021 Reuters Limited. All rights reserved. Republication or redistribution of Reuters content, including by framing or similar means, is expressly prohibited without the prior written consent of Reuters. Reuters shall not be liable for any errors or delays in the content, or for any actions taken in reliance thereon.
Related News: Rio, Brad Funk, Guanabara Bay, IMAGE, Reuters
COMMENT
Print this article 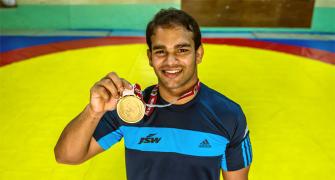 Narsingh's Olympic dreams all but over! 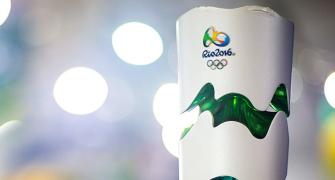 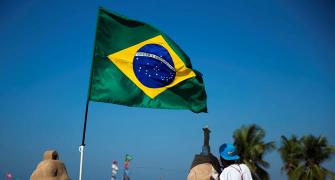 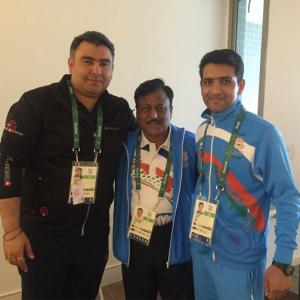 Indian contingent settling into the Olympic Village in Rio 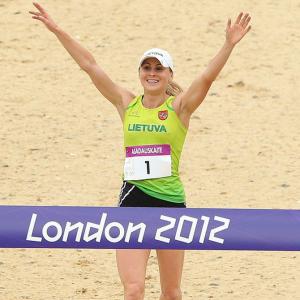