Almost all the focus for Croatia ahead of Sunday's World Cup final is on how Luka Modric can unlock France with his defence-splitting passes, but another player who saves his best for the big stage is Croatian dynamo Ante Rebic.

On the biggest occasion in their history, in a match where they are huge underdogs to win their first World Cup crown, Croatia will need their big-game players to step up.

Modric has been pivotal to all that has been good about Croatia throughout the tournament, while Ivan Perisic and Mario Mandzukic have already popped up with game-changing contributions.

But Rebic is a more under-the-radar weapon in the Croatian arsenal and could cause France, just as he did Bayern Munich two months ago, some problems.

Rebic has not had an easy ride throughout his career to date, having suffered from disciplinary problems and a lack of game time during several loan spells after leaving his native Croatia for Fiorentina in 2013.

Now, though, Rebic is attracting interest from Premier League sides Manchester United and Liverpool, according to reports in the British media, with his performances in the World Cup further enhancing his reputation.

It is on the big stage that he has really shone. Having scored in vain in the German Cup final last year as his side Eintracht Frankfurt lost to Borussia Dortmund, Rebic again netted in this year’s cup final - twice - as Eintracht stunned Bundesliga champions Bayern to win their first trophy in 30 years.

A month later, Rebic was rifling the opener for Croatia against Argentina with stunning precision. He has not added to that yet, but with Perisic stretching the play admirably on the other flank, Rebic’s relentless engine has caused many a full back problems in Russia.

Coach Zlatko Dalic must be a fan of the 24-year-old, having worn a shirt with Rebic's name on his back for his post-match press conference following his side's semi-final victory over England, where Rebic had given full back Ashley Young a torrid time.

"When he came to us in the summer, a few people smiled," Eintracht's manager at the time, Niko Kovac, said last year after the team’s 2-0 win over derby rivals Darmstadt. “But you can see that when he delivers what he’s capable of, he plays like he did today.”

Rebic will be one of several Croatia forwards who will need to deliver against France on Sunday, but having already put a star-studded Bayern to the sword in a recent final, Rebic knows what it takes to perform on the grandest of stages.

© Copyright 2021 Reuters Limited. All rights reserved. Republication or redistribution of Reuters content, including by framing or similar means, is expressly prohibited without the prior written consent of Reuters. Reuters shall not be liable for any errors or delays in the content, or for any actions taken in reliance thereon.
Related News: Ante Rebic, Croatia, Eintracht, FIFA, Bayern
COMMENT
Print this article 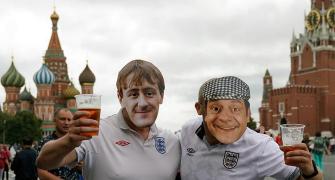 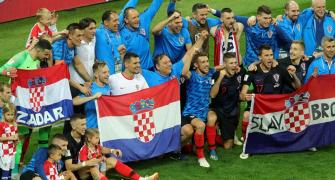 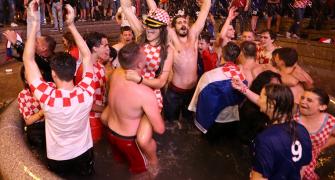 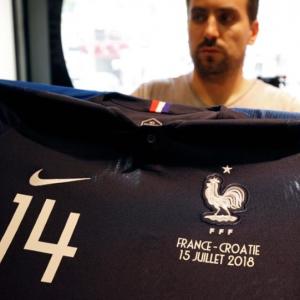