News
Business
Movies
Sports
Cricket
Get Ahead
Money Tips
Shopping
Sign in  |  Create a Rediffmail account
Rediff.com  » Sports » Why Ferrari could lead others out of F1

Why Ferrari could lead others out of F1

'Making cars all the same with simpler and cheaper engines is like NASCAR, it doesn’t interest us.' 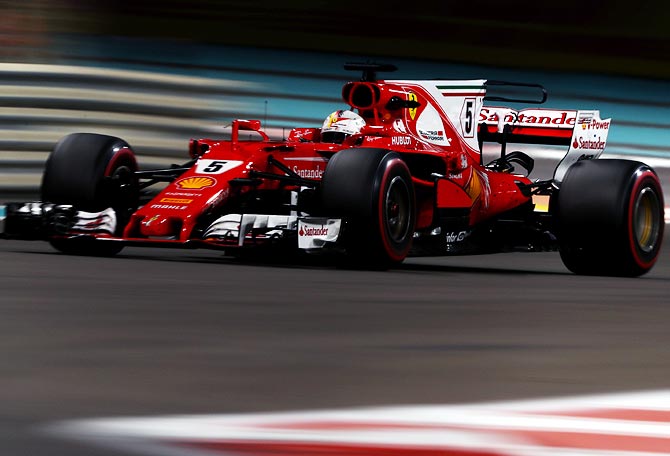 Ferrari could lead other Formula One teams into an alternative championship if the sport becomes too much like the US-based NASCAR series but hope it does not come to that, chairman Sergio Marchionne has said.

Speaking to reporters at the Italian team’s pre-Christmas lunch in Maranello, the Fiat Chrysler chief executive said his previous threats to take Ferrari out of the sport after 2020 should not be taken lightly.

He also announced a February 22 launch date for the team's 2018 car and said Ferrari should be challenging for the title after finishing runners-up to Mercedes this year.

Marchionne said Liberty Media, the US-based company which took over Formula One in January and sidelined former commercial supremo Bernie Ecclestone, is learning the ropes.

He took issue, however, with the approach taken by former Ferrari technical director Ross Brawn, the Formula One managing director who won titles with his own Brawn GP in 2009 before serving as Mercedes F1 team boss.

"The thing that most annoys me is that there is an experienced man like Ross Brawn there who is looking for ways that go against the DNA of Formula One," the Gazzetta dello Sport website quoted Marchionne as saying.

"Making cars all the same with simpler and cheaper engines is like NASCAR, it doesn’t interest us," he added. "We need to find a balanced solution for the future that satisfies everyone and I think we will do it in time.

"Otherwise Ferrari will leave. If they (sceptics) think we are bluffing, they are playing with fire."

Most of the Formula One teams have contracts that expire at the end of 2020 and Marchionne said Ferrari would be able to walk away.

"I think that Ferrari has the strength to drag others as well to an alternative championship," he added.

There have been similar threats in the past from Ferrari, before Marchionne's time, without any of them coming to anything.

Marchionne is a very different character to former Ferrari chairman Luca di Montezemolo, however, and Ecclestone told Reuters in November that he did not consider it an empty threat.

The Gazzetta quoted Marchionne as also saying Maserati could follow Alfa Romeo back into Formula One in some capacity, but not yet, while Fiat Chrysler (FCA) would have a presence in some form in the Formula E electric series.

Alfa Romeo, part of the FCA stable, have teamed up with Swiss-based Sauber as title partners for 2018.

© Copyright 2020 Reuters Limited. All rights reserved. Republication or redistribution of Reuters content, including by framing or similar means, is expressly prohibited without the prior written consent of Reuters. Reuters shall not be liable for any errors or delays in the content, or for any actions taken in reliance thereon.
Related News: Ferrari, Sergio Marchionne, NASCAR, FCA, Ross Brawn
SHARE THIS STORYCOMMENT
Print this article 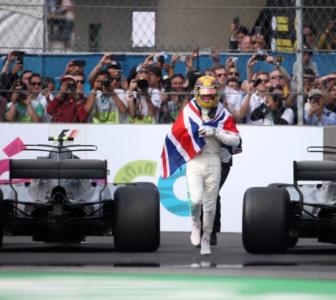 Ferrari had the tools to win this year BUT... Why Ferrari could leave F1 after 2020