News
Business
Movies
Sports
Cricket
Get Ahead
Money Tips
Shopping
Sign in  |  Create a Rediffmail account
Rediff.com  » Sports » What sportspersons must do to combat climate change

'I know that people say that you should keep sports and politics separate, but that has never been the case'

The bushfire smoke that hampered the buildup to the Australian Open highlights the need for Tennis Australia to be doing much more to combat climate change, the country’s national environmental lobby group said.

“I know that people say that you should keep sports and politics separate, but that has never been the case,” the Australian Conservation Foundation’s Climate Change Program Manager Gavan McFadzean told Reuters.

“Sports organisations (need) to be more vocal in pushing for the climate change action that is needed.”

The ACF commissioned researchers at Monash University to examine the effects of climate change on three high-profile sports events held in Australia’s summer. The ‘Love 40, Degrees?’ report, looking at the Australian Open, was released on Monday.

Although Tennis Australia has committed to the United Nations Sports for Climate Action Framework, that was not enough, McFadzean said.

He added that while sports organisations were adapting to extreme weather conditions with new policies to deal with severe heat, they need to address the causes of climate change and part of that was looking at their sponsors.

“One of the major sponsors of the Australian Open is the ANZ bank. Of the big four (banks), they’re the biggest investor in coal and gas in Australia,” he said.

“So one of Tennis Australia’s major sponsors is contributing to the climate change that is affecting the Australian Open.”

“This is their working environment and it is changing,” he added. “There have been several players complaining about the air quality in Melbourne."

“But we would like players to draw out the link between those conditions and the causes ... because athletes are influential and have a stake in voicing their concerns.”

The bushfire crisis has put pressure on Prime Minister Scott Morrison as critics say he has not done enough to address the impact of climate change, which meteorologists have said extends the length of the fire weather season.

Bushfires are common in Australia but the fire season began much earlier than usual, with temperatures soaring above 40 degrees Celsius well ahead of the start of the southern summer and high winds hitting the drought-parched landscape.

Morrison has rejected any links between the fires and his conservative government’s policies, including support for the coal industry.

© Copyright 2021 Reuters Limited. All rights reserved. Republication or redistribution of Reuters content, including by framing or similar means, is expressly prohibited without the prior written consent of Reuters. Reuters shall not be liable for any errors or delays in the content, or for any actions taken in reliance thereon.
Related News: Tennis Australia, Gavan McFadzean, Australian Conservation Foundation, United Nations Sports for Climate Action Framework, Scott Morrison
COMMENT
Print this article 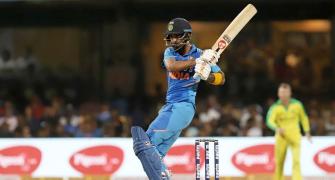 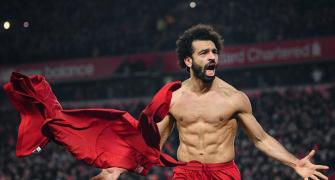 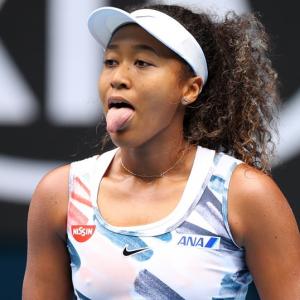