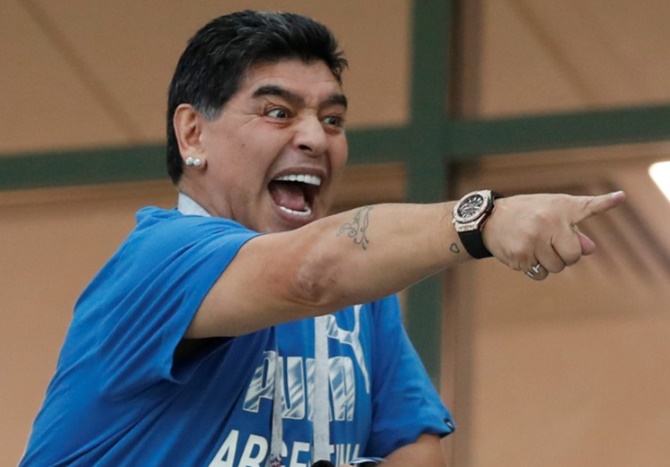 FIFA says it 'strongly rebukes' Argentina great Diego Maradona's comments that England's win over Colombia was a robbery and that referee Mark Geiger was not up to the task.

"Following comments made by Diego Armando Maradona...FIFA strongly rebukes the criticism of the performance of the match officials which it considers to have been positive in a tough and highly emotional match," said the global soccer body in a statement.

"It also considers the additional comments and insinuations made as being entirely inappropriate and completely unfounded."

England won the round of 16 match on penalties following 120 minutes marred by squabbling, protests to the referee, play-acting and feigning injury.

FIFA said it was 'doing everything within its power to ensure principles of fair play, integrity and respect are at the forefront of this World Cup and how the organisation is now run.'

In that context, FIFA said it was 'extremely sorry to read such declarations from a player who has written the history of our game.'

Maradona said England's win was a 'monumental robbery' and that Geiger 'shouldn’t be given a match of this magnitude'.

He added: 'Geiger, an American, what a coincidence'.

Japan not to extend Nishino contract after World Cup exit Japan coach Akira Nishino will not be asked to continue in the role when his contract expires at the end of this month, the Japanese Football Association (JFA) and the manager said on Thursday.

Speaking as the squad returned to Tokyo following their World Cup last 16 defeat by Belgium, Nishino said this had always been the plan.

"My contract ends at the end of this month," Nishino told reporters at Tokyo’s Narita airport.

"And I have been working on the assumption that this job would last from the moment I was appointed to the end of the World Cup."

The JFA said they will decide on Nishino’s successor by the end of the month.

Nishino, JFA’s former technical director, took over as national team coach in April following the surprise dismissal of Vahid Halilhodzic, who had secured Japan’s qualification to the World Cup.

Despite having very little time to work with the squad, Nishino’s Japan performed well in Russia, qualifying from a tricky Group H before running Belgium very close in the last 16.

Japan held a 2-0 lead before the European side came back to win 3-2 with a last minute winner.

Japan’s captain Makoto Hasebe, who announced his retirement from the national team, said the team could reflect on the World Cup with pride.

"People had low expectations of us, and we talked about turning the situation around," said Hasebe, who finishes with 114 caps for his country.

"I think everyone became interested in soccer again, so in that way, I think we did a good job."

Japan also drew plaudits from around the world for their fans who cleaned up stadiums after each of their fixtures in Russia.

Photographs of the team’s changing room also showed it to be pristine but Hasebe said this was due to the team’s support staff, not the players themselves.

"Staff of the team cleaned up our locker room perfectly at each of our games before leaving the venue," he said.

Costa Rica are not going to renew the contract of coach Oscar Ramirez following their group stage exit at the World Cup, the head of the country's football federation (FEDEFUTBOL) said.

"Oscar's contract expired after the game against Switzerland and the decision not to renew it was taken by the executive committee ," said Rodolfo Villalobos, according to a FEDEFUTBOL statement. "I would like to thank him for his efforts."

He said the Ramirez's replacement would depend on the federation's budget. Ramirez, a former Costa Rica midfielder, was in charge for three years.

The Ticos reached the quarter-finals of the 2014 World Cup in Brazil but were eliminated after only two games in Russia after losing to Serbia and Brazil, before drawing 2-2 with Switzerland in their final game.

© Copyright 2021 Reuters Limited. All rights reserved. Republication or redistribution of Reuters content, including by framing or similar means, is expressly prohibited without the prior written consent of Reuters. Reuters shall not be liable for any errors or delays in the content, or for any actions taken in reliance thereon.
Related News: FIFA, Diego Armando Maradona, Mark Geiger, IMAGE, England
COMMENT
Print this article 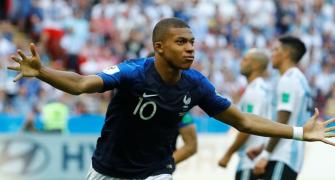 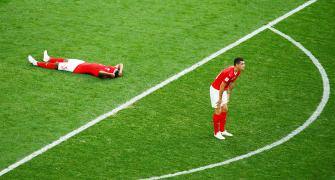 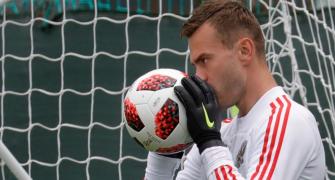 Will we see attacking or defensive Russia against Croatia? 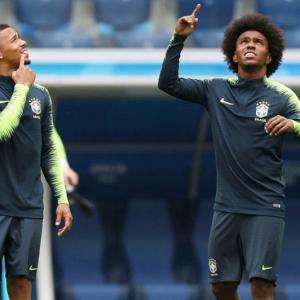 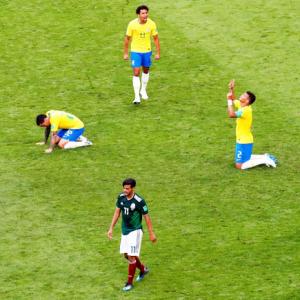