The World Anti Doping Agency (WADA) has effected changes to its International Standard for Testing (IST) for improving its annual reporting of anti-doping statistics in the future.

"The changes, approved by WADA's Executive Committee on September 17, are to come into force on January 1, 2012 and will have a positive impact on the operations of all Anti-Doping Organisations (ADOs)," according to a WADA release from Montreal.

Violation of applicable requirements regarding athlete availability for Out-of-Competition Testing, including failure to file required whereabouts information and missed tests, which are declared based on rules that comply with IST, is a violation of its Code.

Any combination of three missed tests and/or filing failures within an eighteen-month period as determined by ADOs with jurisdiction over the particular athlete would constitute an anti-doping rule violation.

In appropriate circumstances, missed tests or filing failures may also constitute an anti-doping rule violation, as per the WADA Code.

In another change, the International Standard for Laboratories (ISL) would also be amended so that all results, including negatives, will be reported in the Anti-Doping Administration and Management System (ADAMS), WADA's clearing house of global anti-doping information.

WADA is required to collect and publish a global summary of all anti-doping statistics. Improvements to the collection of statistics will also allow a better assessment of WADA's new directive to ADOs for an increase in the amount of blood sampling, the release said.

WADA has advised that there needs to be more emphasis on the collection of blood samples following requests from stakeholders for additional guidance on what constitutes best practice for testing programmes.

This has been a key concern for WADA since ADO cannot purport to have an effective program if there is a loophole in its blood testing.

This recommendation was accepted by the Executive Committee, which recognised that only through blood collection can an ADO best focus resources in a targetted and intelligent fashion, and put quality testing ahead of quantity.

Improvements in statistics reporting will enable WADA to better monitor ADO blood-collection activity, adjust recommendations as required and consider additional ways and means of supporting this directive, the release added. 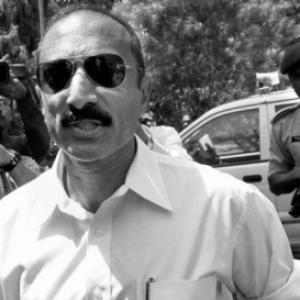