Vikas carried his good form from the World Championships as he came up with a 9-6 victory over Azerbaijan's Ismet Eynullayev in the semifinal bout of the London Boxing International Invitational event.

With this win, the 19-year-old Indian welterweight boxer is assured of at least a silver medal. 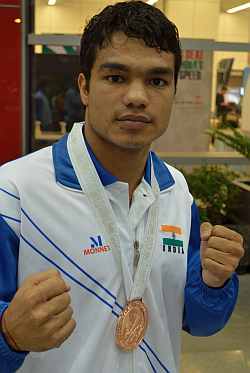 Another Indian, Asian Games silver medallist Dinesh Kumar (81kg) had to settle for a bronze medal after losing his semifinal bout on count back against Yamaguchi Florentino of Brazil, a silver medal winner at the 2011 Pan American Games.

Earlier in the day, the Indian camp experienced a major setback with Mary Kom losing to Argentine Pamela Paoloa Benavidez in women's 51kg quarterfinals. Mary Kom was clearly not in her best form, but managed to be at par with Pamela after the first two rounds (6:6).

In the third round, Pamela squeezed a one point lead and increased the margin in the fourth. In the end, Mary Kom lost on points 9:13. 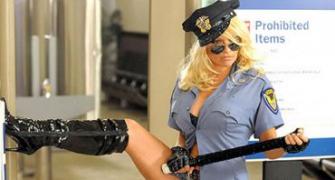