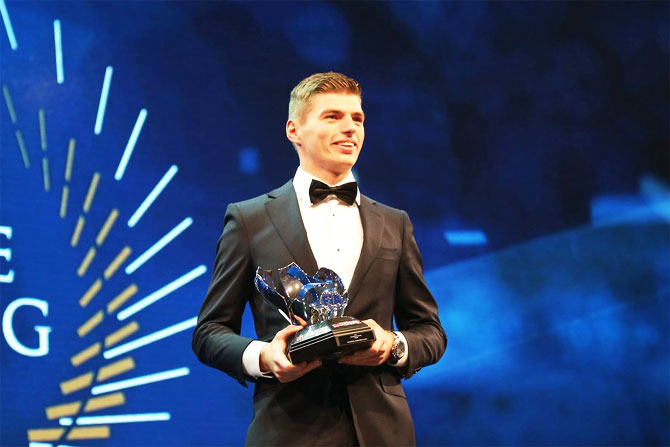 The 19-year-old Red Bull Formula One driver won the Personality of the Year, while his overtake of Nico Rosberg's Mercedes in the wet at the Brazilian Grand Prix was judged Action of the Year across all FIA-sanctioned series.

“Thankful for the recognition at the #FIAPrizeGiving after my amazing F1 season. Enjoyed it a lot! Thank you, @redbullracing and all fans,” Verstappen tweeted.

The personality award was voted for by the international media.

Verstappen, who became the youngest ever grand prix winner in Spain in May and is now the hottest young talent in the sport, has now won the Action of the Year award for three successive years.

He won it last year for a daring move on Brazilian Felipe Nasr around the outside at Blanchimont at the Belgian Grand Prix. In 2014, while in European F3, his last lap overtake of Italian Antonio Giovinazzi was the winner.

"I'm very happy with my second season in F1," he said.

"When it started, I didn't think it was going to be this good... hopefully we can be even more successful next year."

Rosberg, who won the championship in Abu Dhabi last Sunday, was handed his trophy at the ceremony -- hours after he stunned Formula One by announcing his retirement.

"It's mission accomplished for me. I've done it. That's the dream come true," said the German, son of 1982 world champion Keke.

"When I saw this trophy for the first time straight away I had a look at where my dad was. So I found my dad down there and for me that's one of the most emotional things about all this that I managed to achieve what he did 34 years ago and share that with him," he added.

Rosberg also said he would have continued for another year had he come second in the championship to team mate Lewis Hamilton, instead of beating him. 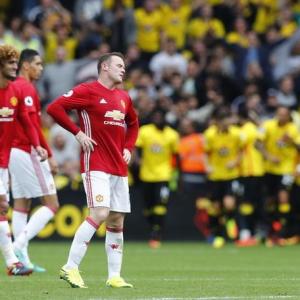 Vote: Is Premier League title out of United's reach?