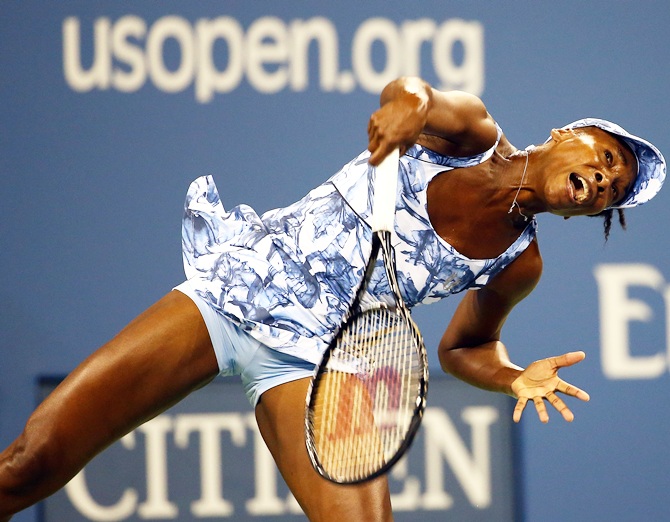 Venus Williams of the United States serves against Timea Bacsinszky of Switzerland during their women's singles secound round match on Day Three of the US Open. Photograph: Streeter Lecka/Getty Images

Venus Williams kept up with little sister Serena on Wednesday, beating 78th-ranked Timea Bacsinszky of Switzerland in straight sets to advance to the third round of the US Open.

The 34-year-old, seven-time Grand Slam winner reached the round for the first time in four years at Flushing Meadows through a 6-1, 6-4 victory on the Arthur Ashe Stadium court which she helped christen with the first Open final there in 1997.

"I was watching Serena last night and she played so well so I tried to do the same thing," twice US champion Venus said about her 32-year-old,  No 1 ranked sister, who blazed by fellow American Taylor Townsend in straight sets on Tuesday.

‘Happy to have pulled it out’ 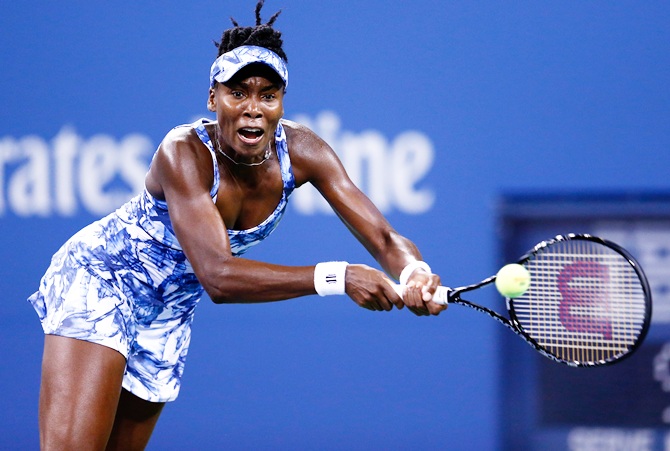 "I'm really happy to have pulled it out in the end," added Venus, who will play Italian 13th seed Sara Errani who beat Australian Anastasia Rodionova 6-4, 7-6 (2).

Williams charged through the first set, but the next set stayed on serve until the ninth game when the 78th-ranked Swiss hit a wayward backhand wide to put the American 5-4 ahead.

With Williams serving for the match, Bacsinszky reached break point at 30-40 threatening to put the match back on serve.

But the 19th-seeded Williams then powered in a 96mph second serve, her fastest second serve of the match, for a winner.

‘When the stakes get higher I start to hit harder’ 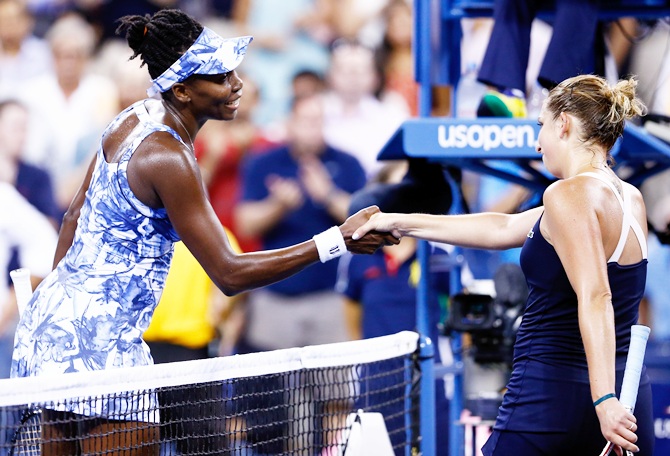 "When the stakes get higher I start to hit harder," Venus said. "I can't help it, it's instinct for me.

"Sometimes it's not the smartest thing, but sometimes it works."

Williams's appearance marked 17 years since she helped christen the massive Arthur Ashe stadium centre court as a 17 year old in 1997, waging the first final staged there in which she lost to Martina Hingis.

"I didn't know what I was doing, that's what I remember most," recalled a laughing Venus. "I don't know how I got to the final, I had no strategy.

"But it was a wonderful time. My family was here just as they are today so that feels great."

© Copyright 2020 Reuters Limited. All rights reserved. Republication or redistribution of Reuters content, including by framing or similar means, is expressly prohibited without the prior written consent of Reuters. Reuters shall not be liable for any errors or delays in the content, or for any actions taken in reliance thereon.
Related News: Venus Williams, Timea Bacsinszky, Serena, United States, Switzerland
SHARE THIS STORYCOMMENT
Print this article 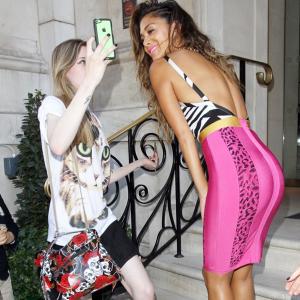