Vanishing spray to be used at World Cup: Blatter 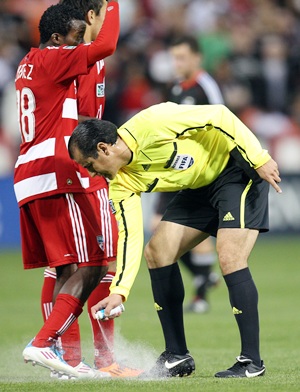 Referees will use the recently-developed vanishing spray at the World Cup next year to stop defensive walls creeping forward at free kicks, FIFA president Sepp Blatter said on Thursday.

Blatter said the spray, developed in Brazil and Argentina, had received a positive reception after being used at the Club World Cup in Morocco.

"I think it's a very good solution, some say it takes too much time and I was also quite sceptical at the beginning but... all the referees who have used the system were pleased with it," Blatter told reporters.

When a free kick is awarded near the penalty area, the referee paces the regulatory 9.15 metres between the ball and the nearest defender and then sprays a line on the pitch to mark the correct position of the wall. The line then disappears from the pitch within a minute.

It has been used for several years in Argentina and Brazil where it is generally accepted that it has reduced the amount of arguing over where the wall should stand and prevented encroachment.

"The representative of Bayern Munich said that here they can take free kicks with the wall nine metres away, while at home it's only five," said Blatter. "It's a novelty....we will start using it in the World Cup in Brazil last year."

However, Marcello Lippi, coach of Asian champions Guangzhou Evergrande, complained after his team's 3-0 defeat to Bayern that the referee had not been measuring the distance correctly.

"The wall was 15 metres from the ball," said the Italian World Cup winner.

© Copyright 2022 Reuters Limited. All rights reserved. Republication or redistribution of Reuters content, including by framing or similar means, is expressly prohibited without the prior written consent of Reuters. Reuters shall not be liable for any errors or delays in the content, or for any actions taken in reliance thereon.
Related News: Sepp Blatter, Bayern Munich, FIFA, Brazil, Marcello Lippi
COMMENT
Print this article 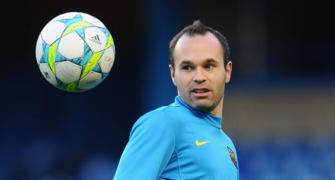 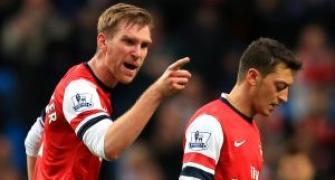 Ozil not 'good enough' to lead Arsenal to title 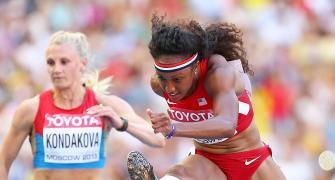 The Top 10 Sporting Breakthroughs in 2013 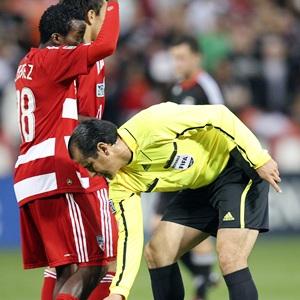 Vanishing spray to be used at World Club Cup: FIFA 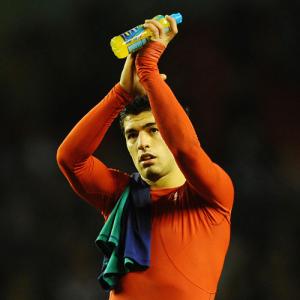