News
Business
Movies
Sports
Cricket
Get Ahead
Money Tips
Shopping
Sign in  |  Create a Rediffmail account
Rediff.com  » Sports » USF1 ruled out for 2010, no replacement yet

Formula One will have 12 teams this season, instead of a planned 13, after a late replacement for the USF1 entry was ruled out by the governing body on Wednesday.

The International Automobile Federation (FIA) said in a statement that USF1 had "indicated that they will not be in a position to participate in the 2010 FIA Formula One World Championship.

"Having considered the various options, the FIA confirms that it is not possible for a replacement team to be entered for the Championship at this late stage."

The decision ended the hopes of Serbian-backed Stefan GP, who were waiting in the wings to take the stricken American team's place at next week's season-opener in Bahrain.

The FIA said it would announce shortly details of a new selection process "to identify candidates to fill any vacancies existing at the start of the 2011 season."

Charlotte, North Carolina-based USF1 had planned to become Formula One's first all-American team in more than 40 years but struggled to raise funding during the worst economic downturn to hit America since the 1930s.

Principal Ken Anderson had said on Tuesday that his team, one of four newcomers planning to debut this season, had asked to defer their entry for a year and had meanwhile told employees to stop work at the factory.

USF1 had previously announced a deal for Argentine Jose Maria Lopez to drive for them. Lopez's management has since terminated the contract.

Stefan GP, run by Serbian businessman Zoran Stefanovic and encouraged by F1 supremo Bernie Ecclestone, had agreed a deal with Toyota to use the cars they had built for this season before the manufacturer pulled out at the end of last year.

Japan's Kazuki Nakajima would have been one of their drivers while Canada's former world champion Jacques Villeneuve had also been in contact with the team, who had not taken part in any testing.

HRT are the only team still to confirm their second driver, although Indian Karun Chandhok is expected to be announced at a presentation in Spain on Thursday alongside already-signed Brazilian Bruno Senna.

The BMW Sauber team kept their 2009 name in the official entry list, despite the departure of BMW and the fact that they are now powered by Ferrari engines.
Source:

© Copyright 2021 Reuters Limited. All rights reserved. Republication or redistribution of Reuters content, including by framing or similar means, is expressly prohibited without the prior written consent of Reuters. Reuters shall not be liable for any errors or delays in the content, or for any actions taken in reliance thereon.
Related News: FIA, USF1, BMW Sauber, Stefan GP, Jose Maria Lopez
SHARE THIS STORYCOMMENT
Print this article
FIA poses warnings to new F1 teams
No tyre deal forces Stefan GP to cancel test drive 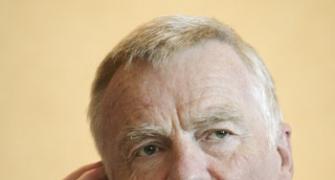 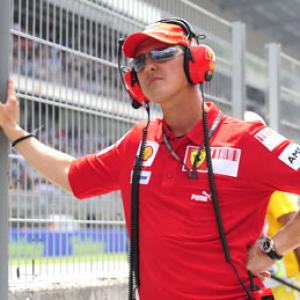 Formula One takes away fuel stops and adds points 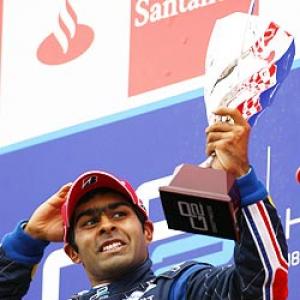