Indian trounced New Zealand 3-2 in their opening match of the 22nd Lal Bahadur Shastri Under-21 Four-Nation women's hockey tournament, in Delhi, on Tuesday.

The Indian girls surprised the visiting team with their pace and touch and did not allow them to settle down. They applied pressure on the visitors from the onset, eking out a penalty-corner in the second minute of the game.

The first goal, however, came in the eighth minute, Anupa Barla threading the ball past the Kiwi goalkeeper from the right.

New Zealand leveled four minutes later through Sian Fremaux, but could not hold on as India regained the lead in the next minute through Anju Dhiman from a penalty-corner.

The Kiwis had another go at the Indian post in the 16th minute following a penalty-corner but failed to capitalise.

India had a lucky escape in the 31st minute as the ball ricocheted off the bar as New Zealand missed out on another penalty-corner.

Riding on the momentum of the first half, India started the second half on an aggressive note, attacking from the left flank but New Zealand escaped unscathed.

The Indian charge though was short-lived as the visitors raised their game and Tara Hal finally converted a penalty-corner to bring them back into the match.

India looked a distant shadow of what they were in the first half, as the physically tougher Kiwis came hard on the Indian goal. The hosts, however, sealed the match when skipper Poonam Rani scored from a penalty-corner in the 68th minute.

"We played attacking hockey in the first half but they came back strongly in the next one. I am happy with the way the girls played; it has given me more hope of finishing the tournament on a high," said an elated skipper Rani.

Rani, however, conceded that they were restricted by the Kiwis to one side of the field in the second half, but revealed that it was part of the strategy.

She sounded optimistic about Wednesday's match against Australia, who lost to Germany 1-3 earlier in the day.

India coach Lt. Col. B K Subramani said it was just the kind of start they were looking for in the tournament.

Subramani said it was good to see the girls executing plans in the right way and hoped the team maintains the momentum for the next matches.

"We had made some plans during our practice games and it was good to see the girls executing them. They need to improve when it comes to the ball clearance," Subramani said.

Asked why the girls could not maintain the pace in the second half, the coach said the "team was under a bit of pressure", particularly after they allowed the Kiwis to level the scores in the 43rd minute.

New Zealand coach Chris Leslie, on the other hand, rued missed opportunities and said they will have to improve their scoring rate against Germany.

Earlier, Germany rode on an early strike by Rebecca Grote to score a convincing 3-1 victory over Australia.

Rebecca scored in the third minute to fetch her side an early lead, but the Australians leveled in the 41st minute.

The Germans took control of the match five minutes later with a strike from Marilena Kraub.

Lisa-Marie Keim then scored a goal in the final minute to seal Australia's fate. 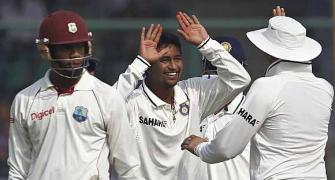 Wicket didn't help much, so I stuck to basics: Ojha 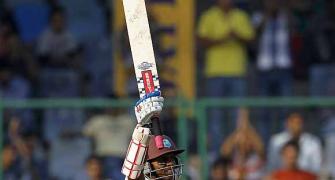 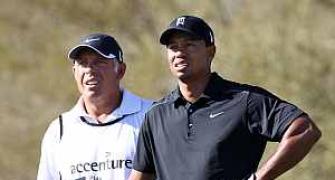 Williams not a racist, he apologised in person for comment: Woods